Birth control pill for men could be available soon, says WHO | Science| In-depth reporting on science and technology | DW | 25.06.2009

Birth control pill for men could be available soon, says WHO

Women have been awaiting it for years, and, according to researchers, it looks like the pill for men is finally in sight. The other good news is that is doesn't seem to have any side-effects. 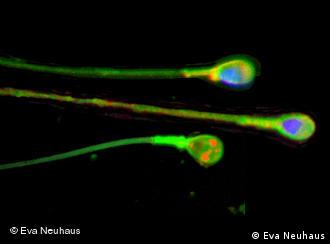 The contraceptive reduces sperm count by up to 100 percent, say researchers

The World Health Organization (WHO) is currently testing a hormonal birth control pill for men. Michael Zitzman, who is heading the study, told Deutsche Welle that it will likely be available to the public in 2012 at the earliest.

Deutsche Welle: Mr. Zitzman, would you take the pill for men yourself?

Why is everyone making such a big deal about this pill for men when it isn't even a pill?

It's kind of like a product name, because the pill for women is so well known. There's never been an oral pill for men that can bring the same result as it does for women. Men have had to use shots, implants, and gels that are applied on the skin. 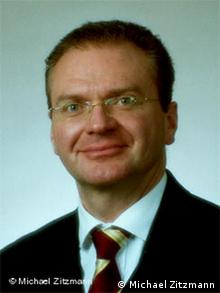 Michael Zitzmann heads the WHO study

So how does the pill for men actually work?

With this hormonal form of contraception for men, natural testosterone is applied together with gestagen, which is a precursor of testosterone. The goal is to completely suppress the hormones that stimulate the production of sperm in the testicles.

How much testosterone and gestagen is needed?

The patient takes the dose that used for men who've had a testicular disease, for example, and need to take replacement hormones. They have to take extra testosterone to avoid side-effects like depression, osteoporoses or anaemia.

Is there a recommended dose?

1,000 Milligrams. That's about 1 gram of testosterone every two months.

You've said that sperm production is reduced by up to 100 percent. But that's not irreversible, is it?

No, of course not. If that were the case then you might as well just have a vasectomy. This method is completely reversible - that's been the case with all the men tested. It takes about four months, or sometimes only two, for the sperm to build up again.

It takes the same amount of time for the sperm to disappear, since they go through a maturing process in the testicles. Once this process has begun, then their independent of the hormones. That means that the sperm continue to develop without any hormones. In the study, we noticed that after 4 weeks the sperm had disappeared in some of the men. It usually takes two to four months, however. 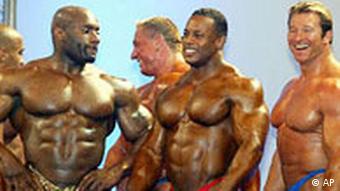 The pill will not affect appearance, say researchers

Does the additional testosterone change the man's body in any way? Testosterone is usually associated with muscles, body builders, and doping.

It depends on dose of the hormone. When a healthy man is given the same dose of testosterone that he would normally produce, then his body automatically reduces its own production of the hormone and the sperm count drops. That means that his hormone levels don't change and neither do his appearance or health.

How far along is this study? The idea of a birth control pill for men has been around for a while now, and there have been lots of research projects…

It has been around for a while. The first thing we had to do was to figure out how everything works. How well does it work and what are the side effects? The side effects that had been reported came from studies where placebos were used, which means some of the men received fake medication.

The side-effects all resulted from Placebo-Niveau. Some of the men felt poorly or had trouble sleeping, but that probably had nothing to do with the actual medication. It might have just been a side-effect of knowing they were taking part in a study, or it could also have just been a coincidence.

So there are no side effects?

The only side-effect is that the testicles shrink a bit, because they stop working. However, they return to their normal size when the men stop taking the pill. 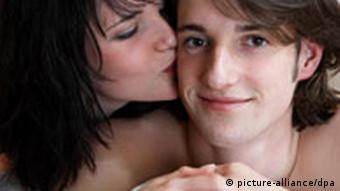 Researchers don't know if the pill for men appeals to couples

When can we expect to see the birth control pill for men on the market?

Yes, because the substances that are needed for the pill are already on the market. They've been permitted for other uses and the authorities would just have to approve them for the pill for men. Then the industry could put it on the market relatively quickly.

In a new German TV series, teenage couples are given the task of parenting - very real babies - for a few days. The series was aimed at discouraging teen pregnancy, but it's gotten slammed by children's rights groups. (02.06.2009)

The German Parliament has passed legislation to limit the genetic testing of humans. It bans secret paternity tests and severely restricts the use of genetic testing by employers and insurance companies. (24.04.2009)