Millions of people worldwide protested right-wing populism at Women's Marches over the weekend. DW spoke to Birgit Sauer, an expert in women's issues, about reproductive rights and the surge of the political right. 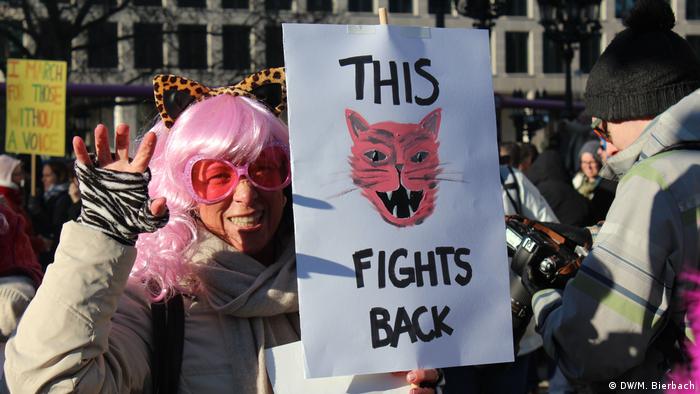 It was Donald Trump's rise to the American presidency in particular that drew millions of people to the streets on Saturday for Women's Marches around the globe. In the US, many worry that Trump, a man who once claimed he could grab any woman "by the pussy" and picked a staunch anti-abortion advocate as his vice president, could systemically undo some of the progress made towards gender equality.

DW: Millions of people participated in over 600 Women's Marches around the globe. Do you think these demonstrations could spark a long-term global movement?

That's difficult to predict. But it's obvious that president Trump and other right-wing populists in Europe have an anti-gender equality agenda, so there is a possibility that a women's movement might organize against these forces.

There's been an upsurge of right-wing populism in Germany, Europe and the US. At the same time, we saw millions of people turn out for the Women's Marches. Do you think our political center is moving towards the right or are we just becoming more polarized?

If you look at election results in Germany and election results for the European parliament, you can see an increase for the so-called right-wing populist parties. But if you look at classical social democratic parties across Europe - they are below 20 percent in some countries - they are more and more marginalized. So I think there is a danger of a shift towards the right, not just polarization.

What women's rights do you think are most under threat right now in Europe and the US? 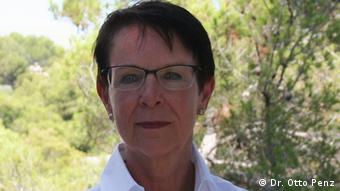 Professor Birgit Sauer is an expert in politics, governance and gender relations

I would say reproductive rights are particularly endangered, specifically the right to have an abortion. You can see that campaigns to restrict women's reproductive rights are being taken up by right-wing actors across Europe - particularly in Poland, of course, but also in Austria or France. Poland is the first country in Europe which tightened the right to an abortion, and there were even efforts to completely abolish abortion in Poland. The National Front in France wants to restrict abortion rights as well, as does US President Trump.

Is that true for Germany as well?

Germany is one of the European countries with the tightest abortion laws. And while the [right-wing populist Alternative for Germany, or AfD,] does not directly say they want to forbid abortion in their party program, they do say that they want Germany to return to traditional family values, and they talk a lot about what they call the "demographic crisis" - that not enough Germans are having children. They're espousing pro-nationalist politics, saying that they want to have more German births, more German mothers. That's an anti-immigrant agenda, but it could also lead to the restriction of abortions. Because mothers are so important for their idea of a pure people; for their idea of the nation.

I think having women in leadership roles is very important for these parties to modernize their image. Especially in Europe, older right-wing parties like the National Front in France and Austria's [Freedom Party], they need to modernize, so they use women as front figures to give themselves a more modern face. You can see that with [the National Front's] Marine Le Pen in particular. She killed her father, symbolically speaking, in order to say: "This party is not anti-Semitic, we are a modern party."

So what role do right-wing populists want women to play in society? What would you say their "ideal woman" is?

I wouldn't say that this one ideal exists. As another researcher once put it - there are calculated ambivalences in the politics of right-wing populist parties. One of these calculated ambivalences is that they play with different gender roles. On the one hand, they present women in leadership roles, and on the other hand, they propagate a traditional heterosexual family, with women serving primarily as mothers.

Some have argued that the surge of right-wing populism is in part a response to the fact that feminism has become too inaccessible, too far-reaching and too elitist, making a backlash inevitable. Would you agree with that assessment?

In response to the Women's Marches in the US, "New York Magazine" posited that "the future of the left is female."  Do you agree?

[laughs] I've always thought that the future of the left is female. And this is not just true for the US, but also true in a European context. Social democratic or socialist parties have to target social inequality plus gender inequality, because otherwise, they will be on the losing path in the future. In the US, this primarily means addressing gender and race inequalities, and in Europe, I would say, it's more about addressing gender and class inequalities.

Before hundreds of thousands of women marched in Washington to protest for women's rights, women, men and children in "pussy hats" took over downtown Frankfurt. DW reports from Frankfurt. (22.01.2017)