Whoever takes a swim along Puerto Rico's shores at night will witness a special show. The water starts to glow in a bright blue and green. The effect is called bioluminescence - it's our natural phenomenon of the week. 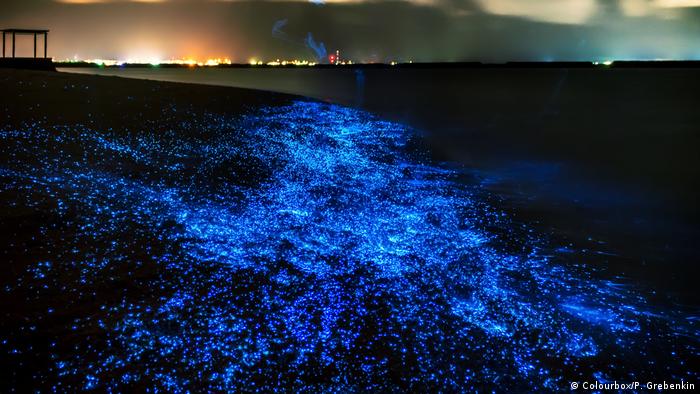 When people flock to the beaches of the Caribbean island of Puerto Rico at night, they do so for a reason: The water immediately surrounding swimmers starts to glow a mystical bluish-green. The light glows stronger with each movement.

Puerto Rico is said to be the place to go to watch the water glow. Nowhere else in the world is the concentration of microscopically small algae greater. And those algae, or plankton, are bioluminescent - meaning, they glow in the dark.

The single-celled organisms are called dinoflagellates. One could also call them the fireflies of the sea.

They can be found all over the world. But it is only in a place like Puerto Rico, where there are so many, that you can see them glow so strongly.

And there can be many, when conditions like water quality and nutrient supply are just right. If colonies reach 100,000 single cells per liter of water and the sun is strong throughout the day, the dinoflagellates can be charged - just like a solar lamp - and glow the night away. 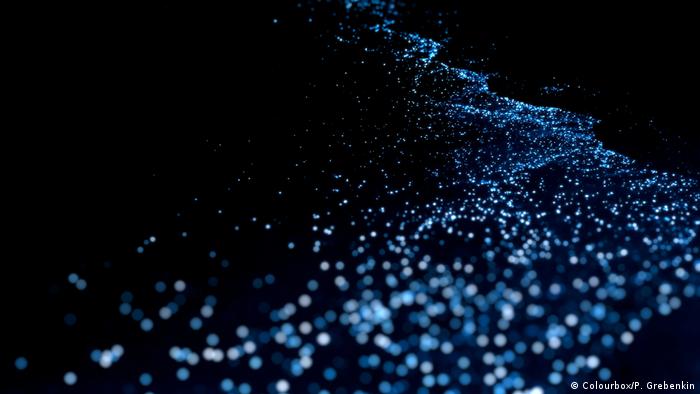 If some troublemaker appears, the plankton try to scare the intruder away. In the case of fish, this could work - with humans, obviously not.

The light is produced through a very simple chemical reaction. When oxygen and the biological substances luciferin and luciferase (an enzyme) come together, energy is generated, which is released as light.

But the light can be different depending on the bioluminescent species present. Various colors are possible. While aquatic species often glow blue or blue-green - because this color can be seen best underwater - fireflies on land appear yellow.

The black dragonfish has the ablity to produce its own light. This is advantageous because many animals cannot see red light in the depths of the ocean. The light works instead as an invisible searchlight - the creature can locate its prey, but does not attract attention.

More from below the surface...

Plankton has a plastic lunch

For the first time ever, scientists recorded a video of plankton feeding on tiny plastic pieces. And once its in the food chain, it's bad news all round. (10.07.2015)

The way of the trash

A stunning NASA simulation illustrates how trash accumulates in the world’s five ocean garbage patches and shows how even the tiniest particles move along ocean streams. (24.08.2015)

Plankton is the basis for the entire marine food web - and it is under threat. From the Mediterranean to the Pacific, animals have been struggling to survive, due apparently to changes with plankton. (04.04.2016)