Biogas is becoming an important source of energy in Tanzania. It is gradually replacing traditional fossil fuels and, as a regional project shows, is also bringing about a rethink of traditional gender roles. 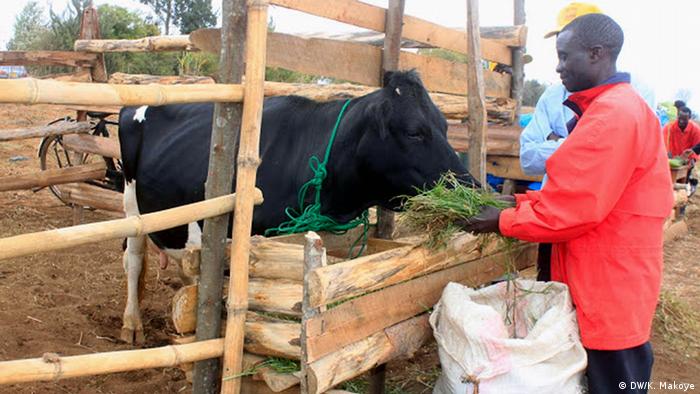 For Diana Mangula, cooking has become much easier now that she no longer has to struggle with the smoke-emitting firewood she used to burn on her three-stone stove.

Mangula never enjoyed using the firewood that filled her entire house with smoke. But, like most residents of Ibumila village in the Njombe region of Tanzania, she has now found a cleaner source of energy to fulfil her cooking and lighting needs.

Biogas is a clean, combustible, renewable gas produced by organic waste. Agriculture experts say it is much cheaper than traditional fossil fuel since farmers can obtain it from their own resources. 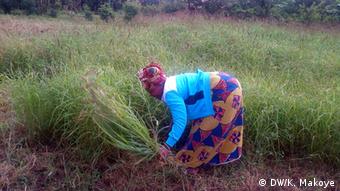 Just a few minutes a day

Mangula, a 37-year-old mother of three, used to spend a lot of time and energy collecting firewood. But ever since she installed a biogas plant four years ago, all her miseries are over as she can now generate enough energy to meet her family's growing needs, thanks to her three dairy cows.

"Just imagine, I only spend a few minutes every day mixing cow dung with water and the moment I feed it into the digester, I am assured of enough energy," she said.

The biogas digester consists of two containers, one for mixing manure and water and the other for collecting the resulting biogas which is enough to fire a cooking stove and several gas lanterns.

According to researchers from Sokoine University of Agriculture (SUA) in Morogoro, biogas technology is increasingly becoming a relevant source of energy for households that keep dairy cattle in Njombe, as it covers their cooking and lighting needs and also helps farmers to cut down the use of charcoal, firewood and kerosene.

Together with the Norwegian University of Life Sciences (NMBU), SUA is running a project looking at the productivity of the dairy farming system in Njombe.

The majority of people in rural Tanzania who do not have access to grid electricity depend on traditional fossil fuels for lighting and cooking and this exerts huge pressure on the country's forests.

"I have been spending a lot of money buying kerosene but it has now been replaced with gas and I am now saving the money," Mangula said. 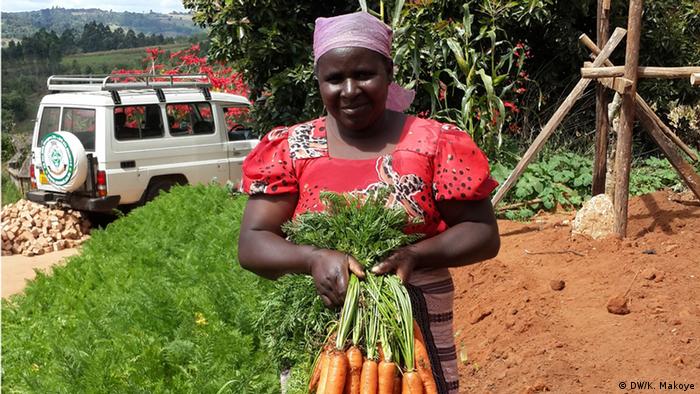 Slurry, a by-product of biogas, is a very good fertilizer

According to the Tanzanian Domestic Biogas Program (TDBP), which is also involved in the project, biogas use has noticeably eased the lives of rural women and children who often bore the brunt of family responsibilities, for example, by collecting firewood.

TDBP Program Coordinator Shila Lehada told DW that independence from traditional fossil fuels can save a household using biogas up to 600,000 Tanzanian shillings ($355, 260 euros) every year.

According to Lehada, biogas investment has also resulted in a changing perception of gender roles as male members of the families are actively involved in preparing inputs for biogas.

"We help each other, everybody feels they have a role to play, there's nothing like 'this is a woman's job'," Mangula said, confirming Lehada's findings.

In her case, the dairy cattle have improved her family's nutrition by increasing their milk consumption. And the income from selling milk to the local factory has also helped her to buy fish and meat.

As a result, her family has been able to double the amount of meals a day from two to four since cooking is now much easier.

“When I was still using wood I could hardly prepare breakfast for my children before they went to school but now I have the comfort to do so,” Mangula said. 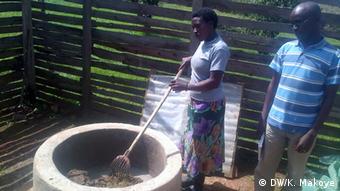 Ndelilio Urio, a conservation agriculture expert and professor at SUA, told DW that bio-slurry has proved to be a more nutritious fertilizer than ordinary dried manure since the amount of urea in the slurry works better as a nitrogen supplement for the soil.

"We have trained farmers on how to use bio-slurry as fertilizer, especially in their home gardens where they produce vegetables and fruits." Urio said. He agreed with Shila Lehada's observation that because of these economic benefits men are now taking a greater interest in feeding the biogas plants with the necessary inputs.