Bees have a secret survival weapon that might surprise you | Environment | All topics from climate change to conservation | DW | 09.08.2022 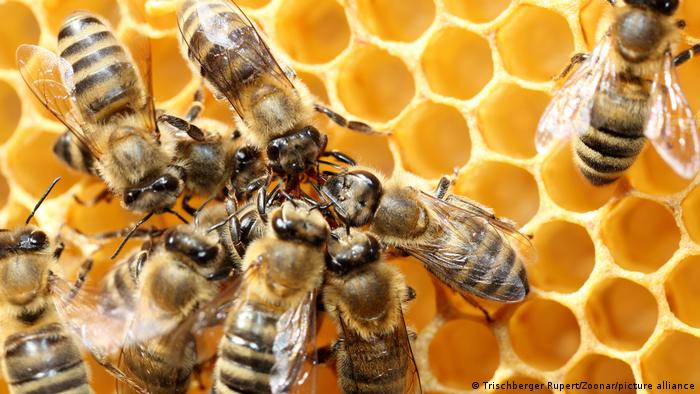 Some kinds of honeybees can control the temperature in their hives

Hornets can be vicious. Some like nothing more than smashing their way into a beehive, decapitating its inhabitants and leaving the colony in ruins. But the hornet that dares attack a Japanese honeybee colony might get more than it bargained for.

As the hornet hones in, a defensive army swarms the attacker. Hundreds of bees buzz so furiously, the temperature at the heart of their dense mass rises to 46 degrees Celsius (about 115 degrees Fahrenheit). When the swarm dissipates, it leaves behind a dead hornet — cooked alive by its would-be prey. 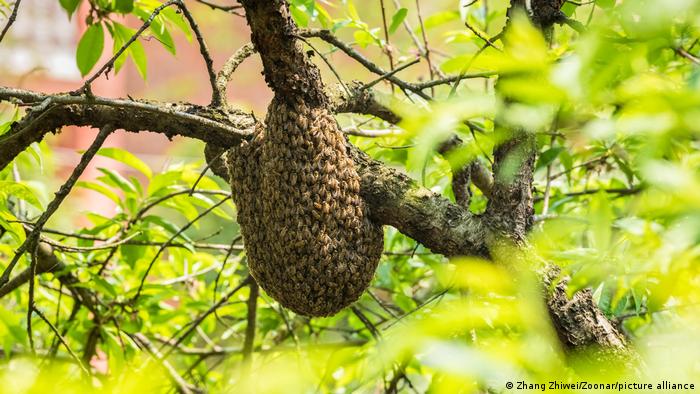 The "hot defensive bee ball" is a high-stakes tactic — a few soldier bees usually lose their lives along with the hornet — and not common to all species of bee. But its principles of working together for the good of the colony, and skillfully controlling temperature, are echoed in beehives around the world.

Unlike mammals, insects can't regulate their own body temperature. But working together, the beehive acts like "superorganism" with a steady internal warmth.

To raise their young, honeybees need to keep their home within a cosy 33 to 36 degrees Celsius. Luckily, bees can sense temperature changes of just a quarter of a degree. And they have a knack for insulated architecture that any environmentally minded homeowner might aspire to. 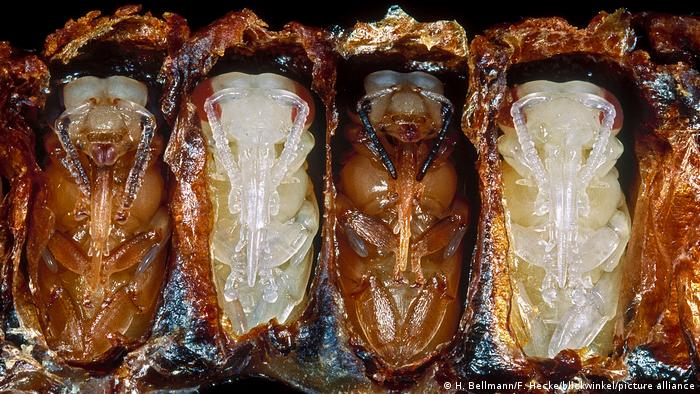 If the temperature is off by just a couple of degrees, bee pupae may suffer deformities

They carefully select sheltered sites to build their hives, and use propolis — made from resins gathered from plants — to plug holes and keep out drafts and moisture. The "brood chamber" itself is encased in layers of pollen, honey and wax. And if that isn't enough, adult bees huddle their fuzzy bodies together to keep one other, and their young, warm.

Keeping cool in a warming world

Insulation keeps warmth out as well as in, and during heat waves, bees also proactively work to keep the colony cool — gathering water, which they distribute in droplets throughout the hive, and fanning air through its chambers with their wings. 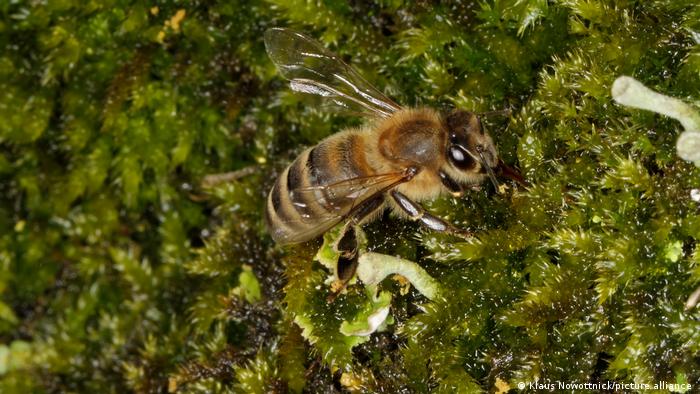 A honeybee gathers water from moss, bringing droplets of moisture back to keep the hive cool

The climate crisis is taking its toll on bees, and causing some populations to fall out of sync with the flowering plants they depend on for food. But researchers are looking into whether their impressive thermoregulation abilities might help bees survive in a warming world.

Did you know it's entirely possible for a rock to come to life? No, we're not talking about the newest season of Stranger Things, your latest nightmare or some Scandinavian tale. Introducing: lithops, or "living stones."

Amazing Planet: The long, slow life of a Greenland shark

Greenland sharks born long before the Industrial Revolution are still hunting Arctic waters to this day. But as their icy habitat heats up, these mysterious giants face an uncertain future.

Koalas eat toxic leaves but humans are their biggest threat 02.10.2022

In this week's edition we find out how Rwanda is improving groundwater management and building up climate resilience, look at Germany’s meat substitute boom and at flowerpots made from discarded monitors in Cameroon.

Rwanda is going through a water crisis. The government and NGOs are now joining forces to prioritize water management in the country. Using groundwater in drought-prone areas might help address water scarcity.