Scientists show for the first time that insects appeared on earth some 480 million years ago. They were able to adapt to environmental changes quickly and became the world's largest and most diverse group of species. 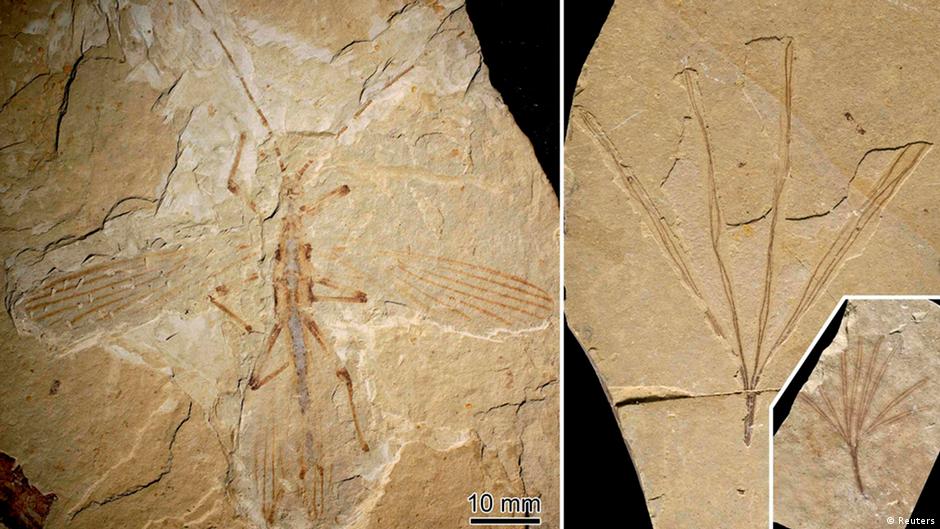 When insects made their first appearance on the earth's surface almost 500 million years ago, they came to "rule the world". Well, ok, they didn't exactly say that, they are still bugs after all, but with their ability to adapt to changes in the inhospitable environment faster than any other species, insects had a huge advantage compared with others, let's say dinosaurs.

The first of their kind were probably a close relative of the silverfish, said David Yeates, director of the Australian National Insect Collection at CSIRO, when presenting the results of the study, he and 100 international researchers published recently: "Those little insects that live in your cupboard and look a bit like a funny walking fish, they've been around nearly 500 million years."

Dr Yeates and his colleagues have been able to build the world's first ever extended family tree for insects, after all they are the most diverse group of animals of our planet. One in every two animals is an insect.

"Our research shows that insects originated at the same time as the earliest land-based plants, about 480 million years ago," said Yeates. Almost 80 million years ago, they developed the ability to fly with, from our point of view, quite scary results: "[...] ancient ancestors of today's dragonflies and mayflies were the first to develop wings." With wing spans of up to 70 cm and slashing mandibles they obviously had a more impressive appearance than their relatives today.

Big data and today's technical developements made the reconstruction of the insect tree of life possible. It's based on creating and analysing a DNA sequence dataset of an unprecedented scale. The involved experts came from many different disciplines, such as molecular biology, insect morphology, paleontology, insect taxonomy, evolution, embryology, bioinformatics and scientific computing.

What they found confirms that insects survived every mass extinction in history by quickly adapting to new situations.

But even if scientists have made a huge step towards understanding the history of insect evolution, they are still far from understanding their richness completely: "We can only start to understand the enormous [...] ecological importance of insects with a reliable reconstruction of how they are related," said Professor Bernhard Misof from the Zoological Research Museum Alexander Koenig in Bonn, Germany, who led the research for the study. "They are of immense ecological, economic and medical importance and affect our daily lives," he added.

To understand the evolutionary history of insects in more details, the consortium of researchers now aims to analyse more than 2,000 insect genomes. With the knowledge hidden there, science will understand exactly how insects responded to the crises and opportunities that appeared during their long and successful survival on our planet.