Researchers have been slow to harness the power of big data from satellites in the fight against climate change. But a new partnership around the Copernicus program may change that.

Over the past decade, people have gotten used to using Google Earth's satellite map to satisfy their curiosity - whether that involves examining tree cover or peering into their neighbor's backyard.

Now, a new European Union initiative is attempting to harness that satellite data to fight climate change - and to document its effects.

On Tuesday (26.04.2016), the European Institute for Innovation and Technology (EIT) announced a new partnership with the European Space Agency (ESA) to mine the "big data" satellites gather, to help local and national governments mitigate and adapt to climate change.

The program, unveiled at the EIT's annual conference in Budapest, is the first time satellite data has been mobilized at this scale.

The ESA has been monitoring the Earth since 2008, when it set up the Copernicus program in partnership with the European Commission. Through a family of missions involving Sentinel satellites, Copernicus feeds vast amounts of data into a unified system.

Although it is the world's broadest Earth observation program, so far it has not gone into deep analysis of the effects of climate change. But it has been collecting the data. 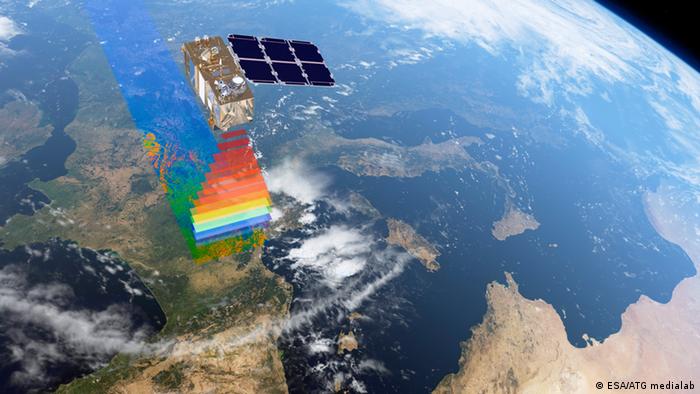 "If you knew just how much data was out there - sitting on 'shelves' in the digital world, with no one really accessing it - you would be amazed," said Mike Cherrett, director of operations for the climate change division of EIT. "It's a scandal it's not being used - and we need to turn that around."

Cherrett says the problem is that although Copernicus has collected much data, this isn't reaching end users, such as local governments or companies, who would be interested in and able to do something with it.

Such data can be used to analyze the effects of climate change, for example by tracking the erosion of coastlines or abnormalities in vegetation as a result of temperature changes.

It can also be used to track activities that contribute to climate change, such as deforestation or poor city planning. A city government could for example use the information to see how urban planning is affecting emissions.

Ian Short, CEO of the EIT's climate division, says that that while there is useful information to be gleaned from satellite data about where emissions are taking place, the most useful part could be looking at how climate change is already affecting the world.

With climate change, much focus has been placed on mitigation - that is, reducing greenhouse gas emissions, Short pointed out. "But we're well past that point now," Short told DW.

"We're starting to see the impact of climate change - increasingly, we have to understand what that impact is," Short said. "We need to be able to predict where it's going to happen." 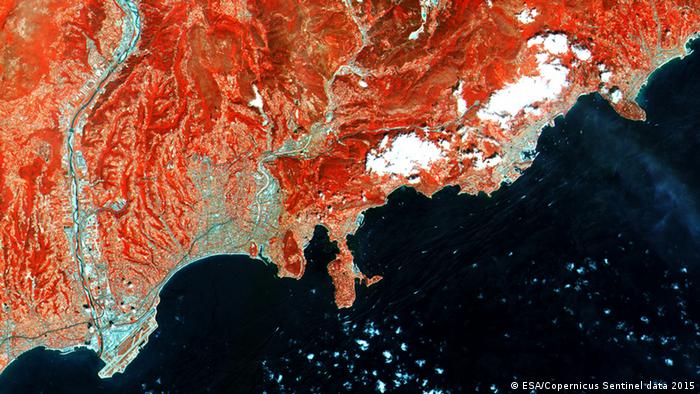 An image of the French riviera taken from a Sentinel satellite

Initial results of the collaboration will be presented at this year's United Nations climate summit this November in Morocco. The data collected will be open-source, which also means it can be accessed by any member of the public.

"This will be one of those things we look back on in five, 10 years and say, 'why didn’t we use more of this big data earlier?'"