Bhutan fights back against water crisis

Bhutan, lying at the foot of the Himalayas, has towering snow-capped mountains in the north and lush rainforest in its southern lowlands.

More than two-thirds of the small country's land area is forest and environmental protection is an important pillar in Bhutan's development goals.

Yet it is increasingly struggling with the consequences of the climate crisis: glaciers are melting, monsoon rains are irregular, and floods and droughts threaten agriculture and forestry. At the same time, human-animal conflicts are on the rise: tigers and elephants come close to villages and fields, and poaching in national parks poses challenges for forestry authorities and farmers.

A project of the International Climate Initiative (IKI) promotes forest and animal protection, but also village development. The focus is on measures to secure water resources and reduce human-animal conflicts, as well as on developing business plans to provide people with additional income opportunities. 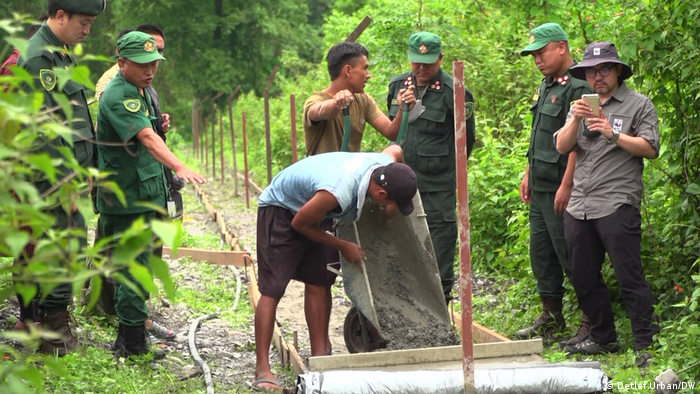 Project Objective: Preservation and enhancement of Bhutan's biodiversity and ecosystem. Permanent protection for regions in the southwest of the country that are currently without formal protection status. In addition to building knowledge and resources within forest departments, the project equips them with technical support to monitor and implement plans.

Project partners: The initiative is funded by the International Climate Initiative of the German Environment Ministry and works with partners such as WWF Bhutan, the civil society organization Tarayana Foundation, and ministries of the Bhutan government.

A film by Detlef Urban