For those looking to dive (literally) into summer, Berlin is the place to be. No other major European city has as many lakes with long-standing bathing traditions - just beware of what's lurking beneath the water. 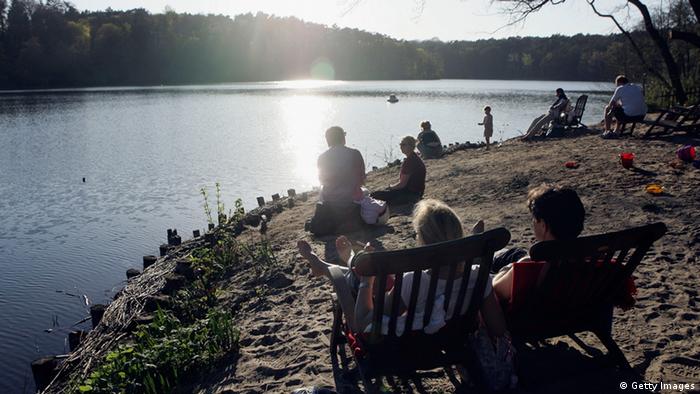 Within the city limits, there are at least 75 lakes, with Wannsee as Berlin's best known. Wannsee is located in Zehlendorf on the affluent, south-western end of the city, and is known for its elegant villas and gardens. Looking out over the water on a summer day, it's nothing short of a picturesque postcard image: white sails on gentle waves under an open blue sky.

The lake is connected to many other lakes in Berlin lakes by various waterways and tributaries, and although it is Berlin's most famous lake, it's also the most boring one when it comes to bathing.

Wannsee boasts an expansive, sandy, well-kept public beach, but who cares when after wading a kilometer from the shore the water is only waist-high! Wannsee is a perfect destination for folks who don't really like getting wet.

More akin to the want-to-get-wet crowd, I prefer its east side counterpart, Müggelsee, which has a less posh, more rustic atmosphere, and still has a bit of that quickly fading GDR feel to it. The Müggelsee lake is Berlin's largest, and when the city was divided it was East Berliners' favorite place to relax, bathe, boat, bike and hike on the forest trails encircling it. 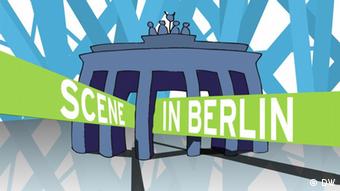 Another Berlin lake of interest is Tegelersee, located in the northern part of the city. It is known for its sandy shores and seven small islands. The largest of the islands houses an agricultural college, complete with a running farm. There are three islands that you can reach by ferry, whose land surface is dominated by private garden plots, guarded possessively by their owners. And no wonder. Imagine having your own island garden paradise, complete with little wooden house and creature comforts, in one of the most exciting cities on the planet.

But consider yourself warned: When it comes to dealing with non-residents, the residents of these islands keenly uphold Berlin's old reputation of exaggerated unfriendliness. If you can handle the chilly reception, the Tegelersee makes for a great day of scenic island- and beach-hopping.

Each Berlin lake has its own personality, and attracts a specific crowd of families, nudists, fishermen, youth, nature enthusiasts, rowdies, or dog lovers. Schlachtensee, however, is one lake that's popular with all breeds of bathers. It's just minutes by train to its shoreline from the city center, and the station is a stone's throw from the lakeside.

There is, however, one little catch to this idyllic downtown watering hole. According to urban legend, it's home to the sea monster Nessi. Tales of Berlin's Nessi may not trump those majestic myths of the legendary Loch Ness - but what other ultra-modern metropolis can boast a sea monster on its home bathing turf?

The Nessi legend began some years back and goes like this: In 2008, a young woman swimming in Schlachtensee was bitten in the leg by some mysterious creature that emerged unexpectedly from the lake bottom. She was wounded seriously enough that she landed in the hospital. 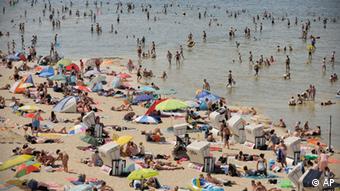 Wannsee is popular, but the water is shallow

When the incident hit the newspapers, numerous fishermen claimed to have spotted a theatening creature on several other occasions. City officials have been less apt to entertain the existence of a modern-day, mythic sea monster. They assume the unknown creature is probably a giant Wels catfish.

According to Wikipedia, a Wels catfish is an adept hunter, first using its pectoral fins to create a disorienting eddy and then taking advantage of its vast, vacuum-like mouth to suck prey in and swallow it whole. That sounds like a veritable sea monster to me!

The Berlin water authorities, however, remain completely unalarmed about the monster's potential threat. Of course, each Berlin swimmer is free to sort the fish facts from fiction for himself. As for me, since the sea monster first appeared, dips in Schlachtensee are over.

But please, dear readers, don't let me ruin your own experience of this marvelous lake. I'm simply a wimp when it comes to dying an untimely, violent, excruciating, water-logged death. But feel free to take the plunge yourself.

I'm will be frequenting the Müggelsee or Tegelersee, or better yet one of the city's many public pools. They might be full of loud, splashing children and tedious French fry-eating crowds, but at least they come with a no-monster guarantee.

Berlin has been given a fortune worth of modern art - but doesn't have room for it. DW's Breandáin O'Shea says the treasures from Pollock, Magritte and co. shouldn't be stuck in the basement. (20.07.2012)

Lisa Grünwald, from the Lake Walchen Water Rescue, recommends the Zwergern Peninsula, Flake Viking Village and the Chapel at Fahrenberg. (21.07.2012)

Berlin learns to flirt with the sun

Better known for its dismal climate and general darkness, Berlin has recently discovered its sunnier side. DW's Stuart Braun gets beached in the capital. (08.06.2012)