Bertolt Brecht's dramas continue to touch audiences and spark political criticism around the world 50 years after his death. He carped on capitalism and didn't mesh with the GDR -- most importantly, he entertained. "Bertolt Brecht is without a doubt the most important and influential dramatist of the twentieth century worldwide," said Stephen Brockmann of Carnegie-Mellon University, who is also a member of the International Brecht Society.

"His influence extends far beyond Germany and includes the English-speaking world and much of the Third World," added Brockmann.

Bertolt Brecht, a German dramatist, stage director and poet from Augsburg, died on Aug. 14, 1956 at the age of 58. This year has been declared "Bertolt Brecht Year" in honor of the 50th anniversary of his death.

Klaus Maria Brandauer's new production of "The Three Penny Opera," scheduled to premiere Friday in Berlin's historic Admiralspalast, is a focal point of the Brecht year. Rock star Campino from the band Die Toten Hosen will make his theatrical debut as Mack the Knife.

One of few voluntary GDR residents 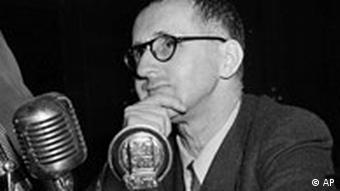 Brecht is largely noted for his communist leanings and politics was a central element in many of his works. For this reason, he was forced to flee Germany when the Nazis came to power in 1933.

The dramatist spent the next decade in exile, moving from Denmark to Sweden, and Finland. He eventually made his way to the US, where he was interrogated by the House Un-American Activities Committee in 1947.

In the hope of finally dodging persecution from communist-wary governments, Brecht shortly thereafter became one of few intellectuals to immigrate to Soviet-run East Germany.

Brecht received a warm official welcome in the German Democratic Republic and was touted as a star. High school teachers used his works to legitimize the state ideology.

However, Brecht himself never joined the East German communist party and did not spout the party line as much as the state proclaimed.

"We appreciated Brecht because he didn't fit into the narrow understanding of the official GDR," said Chancellor Angela Merkel, who grew up in former East Germany, in an interview with Die Welt. 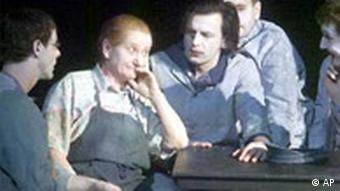 The Berliner Ensemble performing "The Mother"

It wasn't until Brecht's previously unknown journal notes and poems were published well after his death that the long-standing assumption that he had been a kind of "national poet" for the GDR was laid to rest.

Relevance in the Third World

Though most of his works were produced prior to World War Two, "Brecht's theater was first discovered in Paris in 1954, when 'Mother Courage' was performed there," said Jan Knopf, director of the Bertolt Brecht Research Institute at the University of Karlsruhe.

"People noticed that Brecht's theater was socially relevant and dealt with real problems in society," he added.

Both Knopf and Brockmann pointed out that Brecht was revolutionary in that he drew the audience into his works and encouraged them to think in a whole new way -- about theater but also about the society they were living in.

Before the 1988 Olympic Games, Korea needed to prove to the world that it had completed its democratization process. Knopf said that, ironically, Brecht's works were performed in Korea at that time as a symbolic gesture that the country was democratically stable enough to host the Olympic Games. 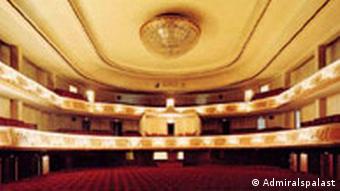 "The Threepenny Opera" opens Friday in the Admiralspalast

Works like "Mahagonny" demonstrate the hypocrisy inherent in capitalist society, he added.

Different audiences respond differently, "depending on cultural needs and aesthetic and political expectation," said Antony Tatlow from the University of Dublin. Whether Brecht's plays are applied to the left or the right of the political spectrum, one thing is for sure: they get the audiences thinking.

His influence as a dramatist, however, was not limited to political elements.

"He introduced a completely new form of theater," said Knopf. He described Brecht's typical stage as very well lit and nearly completely free of scenery and props. Brecht divided the stage into two parts with a large white sheet. Texts could be projected onto the sheet, creating an early multi-media theater experience.

His didactic plays, called "Lehrstücke," which Brecht experimented with between 1929 and 1932, essentially had no stage at all. Since they could be performed anywhere, the works traveled well and were particularly successful in South America, Eastern Europe and other places around the world. 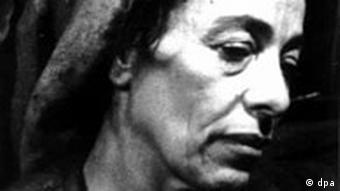 By doing away with cluttered scenery on stage, Brecht was able to express his philosophy that people shape their world, not the other way around, said Knopf.

"This concept can aggravate a lot of people," said Norm Roessler from Temple University in Philadelphia, "because both the performer and audience are constantly called upon to be conscious and sceptical of what they are doing and seeing."

Furthermore, Brecht's choice to place the actors in completely new types of roles that keep the audience -- and the actors -- on their toes. Knopf described how, in "The Threepenny Opera," the robbers have to sing even though they are not trained singers, then they change the scenery around, and after that they have to play upstanding citizens.

Not surprisingly, this technique imbues the play with plenty of humor -- after all, one of Brecht's primary goals was to entertain the audience.

Bertolt Brecht's "Three Penny Opera" is supposed to open Friday in Berlin, 50 years after the playwright's death. There's just one problem: the newly renovated theater isn't safe for the public yet. (Aug. 9, 2006)

Christoph Schlingensief's controversial rendition of "Parsifal" concluded the first round of the program at the Wagner Festival Wednesday in what may be the most daring production to come from Bayreuth. (Aug. 4, 2006)

There might be ongoing tension between Iranian and European leaders, but a new theater exchange project aims to bring Iranians and Germans closer together. (Aug. 2, 2006)

Take a look at Bertolt Brecht and past performances of his works.

Ukraine's President Volodymyr Zelensky says "hundreds" who sheltered in a theater in Mariupol are still trapped. Meanwhile, more than two million refugees have now crossed into Poland. Follow DW for the latest.

The US and EU strongly criticized attacks by Russia on civilians. Meanwhile, Mariupol authorities are searching for survivors from a bombed out theater. DW has the latest.