During his victory speech in New Hampshire, Democratic candidate Bernie Sanders asked supporters to donate to his campaign, causing his fundraising website to crash, and raising a quarter of a million dollars in an hour. 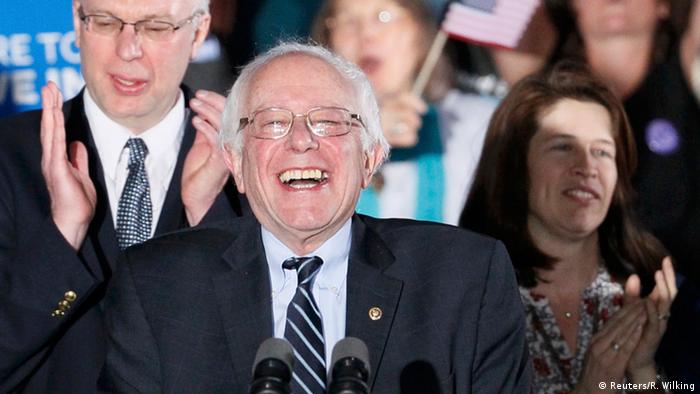 Last night, after having won the New Hampshire Primary with a 20-point lead on his opponent, former Secretary of State Hillary Clinton, Bernie Sanders directly called on his supporters to donate to his campaign, which overwhelmed his fundraising page, leading it to crash.

"Berners," as some of his supporters have been dubbed, responded immediately, submerging Sanders‘ donation platform with traffic, which considerably slowed their transactions.

Donations to the Sanders campaign are managed by Act Blue, a non-profit organisation that provides fundraising services for various Democratic campaigns and is embedded on the senator’s own website. They encouraged donators to continue despite the heavy traffic.

Many took to Twitter to show both their support for Sanders, as well as their troubles on the financing website.

Some Sanders supporters took pride in the site‘s troubles. They interpreted them as a sign that their champion was attracting a sizeable crowd of donors and potential voters.

American media report that over $550,000 (€490,000) were donated on Act Blue between 20h45 and 21h45 Eastern Time, half of which they claim was sent as Sanders was speaking. In total, the candidate seemingly raised over $2.5 million (€2.2m) between the moment the polls closed and midnight, local time.

Sanders had earlier boasted that his campaign funds came from "more than one million Americans." He also criticized other candidates‘ finances, adding that his donors and supporters were making the statement that they no longer want a "a campaign finance system in which Wall Street and the billionaire class are able to buy elections."

According to his campaign managers, Senator Sanders raised $20 million (€17.8m) in January, more than Hillary Clinton, who received $15 million (€13,3m). In a press release, the Sanders campaign had denounced Clinton for relying mostly on "wealthy donors."

Clinton herself took on her rival’s critique in her concession speech in New Hampshire, saying that "more than 700,00 people" had contributed to her campaign, "the vast majority giving less than $100 [€89]."

Senator Bernie Sanders has defeated Hillary Clinton in the New Hampshire Democratic primary. Meanwhile, billionaire businessman Donald Trump is the clear winner on the Republican side. (10.02.2016)

His second place in New Hampshire ahead of his better known rivals Jeb Bush and Marco Rubio suddenly makes John Kasich the Republican establishment’s top contender. But Kasich has always had a game plan. (10.02.2016)

The billionaire former mayor of New York City has said he's considering throwing his hat in the ring. Last month it was reported his advisors had drafted plans for his candidacy. (08.02.2016)