Along Berlin's Friedrichstrasse, the Path of Visionaries of the World will be a united voice for tolerance and dialogue created by 123 nations. But typically for Berlin, the grand vision has painful origins. 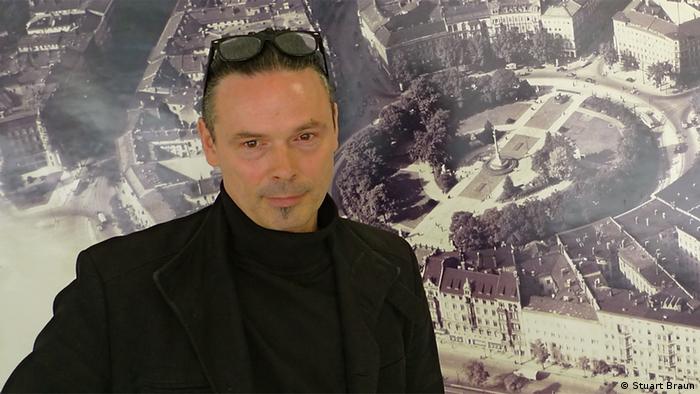 Berlin's potent and complex history, its inner contradictions and potential for positive change, is inscribed in every street and neighborhood. Take Mehringplatz, a stark 1970s housing estate, a welfare ghetto that inauspiciously crowns the southern end of Berlin's famous Friedrichstrasse.

Ironically, yet somehow typical of Berlin, this was once Belle-Alliance Platz, one of Berlin's grand civic landmarks and a symbol of peace and high culture which was annihilated by Allied bombs in 1945. Yet what became a forgettable concrete dystopia might soon - typical of Berlin's talent for regeneration - regain its lofty position in the capital's rich, yet paradoxical cityscape.

Since 1995, artist Bonger Voges has pursued a dream for this unsung city space. First, he wanted to build an installation. Then came the idea for the Path of Visionaries, a series of plaques in the ground inscribed with quotes from great minds from different nations, a symbol of open dialogue between world cultures that will lead from Mehringplatz along Friedrichstrasse, Berlin's great North-South axis. The path would symbolically unite a city, country and continent as it passes through Checkpoint Charlie. 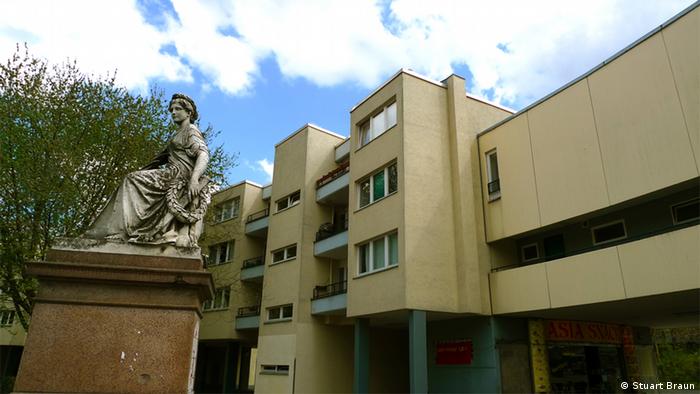 Voges was a choreographer and dancer when he felt compelled to do something at Mehringplatz. "I wondered how this all came about, this strange architecture in the center of Berlin that you normally expect on the outskirts of big cities. I found out that this place has a special history, that it was one of the most beautiful sites in Berlin,” said Voges in his office-cum-museum, located in the heart of the Mehringplatz housing estate.

Destroyed, like most German cities, in the last three months of World War II, whatever remained of this stunning public space was bulldozed as part of post-war urban renewal that ultimately ruined more of old Berlin than the bombs.

Hans Scharoun, Berlin's most influential post-war architect, who also designed the Philharmonie concert hall and State Library near Potsdamer Platz, won the competition in the 1960s to plan the site.

This was "lucky," said Voges. "Thanks to Mr Sharoun, that we kept the baroque shape of this place. But unfortunately he couldn't finish his plans."

The main problem was the Berlin Wall. "[Mehringplatz] moved from the center of Berlin to the end of the world. Seven hundred meters further the world ended at Checkpoint Charlie," said Voges of the period when Berlin was a divided city.

Once a Berlin civic milestone, the old gate to Friedrichstrasse was now fated to become a wasteland as Sharoun's more metropolitan designs were substituted with the cheap, prefabricated apartment blocks that were common during the communist era.

The public housing estates inevitably created social problems and it became Voges' mission to help this community through art. "To really make a change here, this place needed an idea," he said. "Color" and "social work" would not be enough. Voges wanted to create an identity for this area by rediscovering its symbolic role in Berlin's urban design.

"Belle-Alliance Platz stood for the concept of peace. It had a column in the middle with this angel of peace and victory," Voges said of a monument that was erected in the wake of the victory in the War of Liberation against Napolean. It's the older cousin of the larger Victory Column in the Tiergarten. "What makes the [Path of Visionaries] project very exciting is that it's connected to the history of this place."

Voges's initial plan for a sculpture on Mehringplatz will eventually be realized, but creating a Path of Visionaries from here all the way along Friedrichstrasse has taken priority since 2006, when an installation featuring plaques from 27 EU member states was unveiled.

The plaques featured words of wisdom from European sages like Albert Einstein and Antoine De Saint-Exupery (pictured). At the time, Berlin's mayor expressed broad support for the project, writing, "Berlin (…) is where the various historical, cultural, and political experiences of a formerly divided continent come together. Our city is thus the ideal platform for encounters with Europe, for the exchange of ideas. The 'Path of Visionaries' is also committed to furthering the European dialogue." 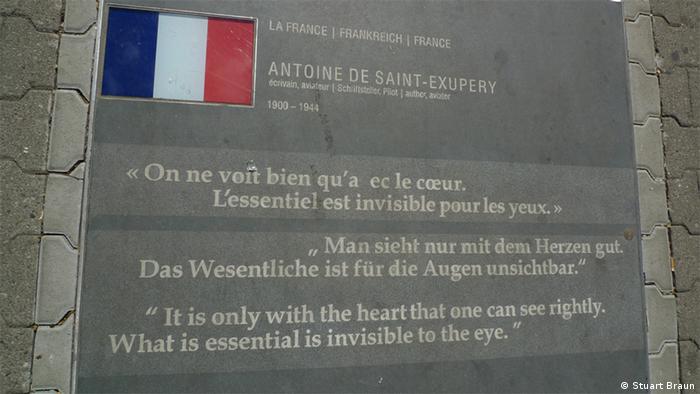 By some fortune, it could be argued, building around the train station at Mehringplatz have since slowed the project, giving Voges' team time to expand the project to 123 countries in a rare statement of global unity. In that time, the project also secured the patronage of UNESCO Director General Irina Bokova.

"You get inspiration from all the countries of the world," said Voges. "This is a unique project worldwide. We have a message. Whatever you think of your neighbors, what must remain is the respect of the people and the culture. That is what we are presenting. That's where communication is possible."

A jury selected from international and national institutions has just voted on the quotes from the non-EU nations that will be included in the Path of Visionaries of the World (each country made three separate entries).

Even the Tunisian government, in the months before it was ousted from office in the seminal moment of the 2011 Arab Spring, expressed thanks for Voges' project, which is said "will enhance dialogue between cultures all over the world."

When construction in the area is complete, and the angel-topped Peace Column is returned to Mehringplatz hopefully next spring, the plaques of the EU-member States will be re-laid along Friedrichstrasse, with the other plaques to follow.

The Path of Visionaries was founded on the idea of a united Europe, but inevitably it has reached out to try and unify the world. Berliners wandering through the non-descript pre-fab buildings on Mehringplatz will soon witness a fascinating collision of past despair and future hope in Berlin.

The art of designing typeface has changed with the arrival of digital technology. A bustling network of designers is shaping the way we think and feel about fonts. (25.04.2012)

Islamic places of worship often cause controversy: Take the construction of Cologne’s grand mosque or the ban on minarets in Switzerland. A new exhibition in Germany covers the architectural evolution of mosques. (02.04.2012)

Close half of all theaters and museums in Germany? A provocational call from four authors has created controversy in the cultural establishment. Meanwhile, other countries envy culture funding in Germany. (27.03.2012)

Berliners are no strangers to the act of re-appropriation - the cultural process by which a group reclaims artifacts that were previously used in a way disparaging of that group. (23.03.2012)

As protests continue in Iran following the death of a young woman after being beaten by the "morality" police, Iranian dissident artist Parastou Forouhar is full of anger but has some optimism.