Berlin's Museum of Islamic Art reaches out to new audiences

Come 2019, Berlin's Museum of Islamic Art will have tripled in size and will house one of the largest collections of its kind in the Western hemisphere. But showing off its wares is not all the museum aspires to. 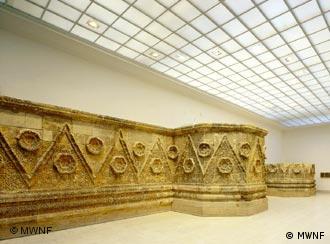 The Mshatta, from the 8th century, was originally part of the Desert Castles in Jordan

The Berlin Wall was barely down before the city's architects had their heads together planning the future face of the five prestigious galleries collectively known as Museum Island.

As they carefully mapped it all out, they decided it was time to extend the Museum for Islamic Art, which, over a century old, has been housed in the capital's beloved Pergamon since 1932. They would move it into the north wing, give it its own entrance hall and 3,000 square meters of exhibition space.

What they could not have known back then, was that when the expansion finally got underway, it would be under the guidance of an ambitious young director with a palette of inspired new ideas. 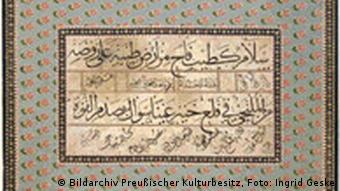 The travels of a Persian calligrapher to Mogul, India

Stefan Weber took over the collection, which includes the facade from Mshatta, stuccoes from Samarra and prayer niches from Kashan and Konya, in 2009. He said it was like walking headlong into a wonderful opportunity, not only to re-conceptualize Islamic art and archaeology, but to ask whom the museum is trying to reach.

"This is something that hasn't been thought about very much in the past," Weber said. "Our vision for a museum is not only to serve connoisseurs and scholars, but to address new audiences."

In pursuit of that aim, one critical question that he and his colleagues have to ask themselves is how to make the complexities and diversities of Muslim cultural heritage more easily understandable and readily accessible.

And given that the time frame in question spans from the seventh century to modern times, and covers a geographical area that reaches from Spain to India, finding answers to that question is not necessarily easy.

Not easy, but critical, Weber says, in order to throw off the a-cultural and a-historical ideas that some people have of Islamic society today.

"I think we have much potential here," Weber said. "People come to make sense of the present through the past and we can serve as a window to Muslim culture in our society today." 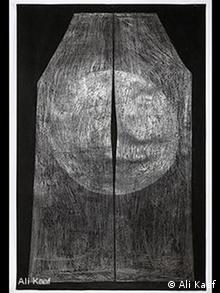 Mihrab I. Beirut, by Ali Kaaf

It's a window that Ali Kaaf, a Syrian artist who lives and works in Berlin, hopes many people will come and look through.

"Interest in Islamic culture has grown through the current political situation across the world, but there is always a danger that people will believe the superficial things they read in the papers," the artist told Deutsche Welle.

Ultimately he says he prefers to believe that people will reflect and explore the deeper truths of Muslim heritage. He sees that opportunity as the silver lining to an otherwise dark cloud.

Likewise Stefan Weber is keen to capitalize on growing interest in Islamic culture, but he also sees the Berlin museum as a kind of bridge and symbolic home for the four million Muslims living in Germany today.

"There is no public space for high culture where they [Muslims living in Germany] are invited to come and feel a public institution cares about their culture," he said. "And from a psychological standpoint, it is of tremendous importance to say we value this heritage, which is something that only our institution can do in Germany."

And the director is not afraid to put his money where his mouth is.

In his months at the helm, he has introduced an exciting and diverse program of events, including workshops, exhibitions and concerts designed both to promote understanding outside the Muslim community and generate a feeling of belonging within it.

The collection contains a wide variety of media, including this garden rug from ca. 1800

A heavy weight to shoulder

Weber's efforts have not gone unnoticed, but there is a sense among some, that the museum should not have to navigate the choppy waters of integration alone.

"What the museum is doing now is interesting, exciting and brave. It is the first time it has tried to break free from academia and create a connection to society and contemporary life," Ali Kaaf said. "But it cannot do it alone and we should not expect too much from the museum."

Yet the museum expects a lot of itself - perhaps not least to make progress in dispelling the notion of "them against us" and accepting a long history of cultural exchange.

"We are all together in one society," Weber told Deutsche Welle. "Divisions that we make today are in our heads, so it is very important to explore cultural heritage and bring this to our dear audiences."

A new survey of 11 cities in Europe finds that the majority of Muslim immigrants feel well-integrated in their new homes but still feel discriminated against. (27.01.2010)

Fatih Akin, one of Germany’s leading filmmakers, has decided he will not travel to Zurich for the Swiss premiere of his latest film, the award-winning Soul Kitchen. (03.12.2009)