Club der Visionäre, a well-known party spot in Berlin's Kreuzberg district, has been partially gutted by a fire, authorities said. Emergency responders managed to stop the blaze before it reached a nearby gas station. "The club burned down almost completely," Berlin's fire department wrote on Twitter. It added that 70 responders were sent to the scene.

"The spread of fire to the neighboring gas station has been prevented," they wrote.

The club's operator said later that the fire didn't spread to the main guest area, but that the club would remain closed for the time being.

There were around 100 people in the club at the time, many of whom had to be escorted from the premises, according to police.

The cause of the fire was not immediately clear, Germany's DPA news agency said. 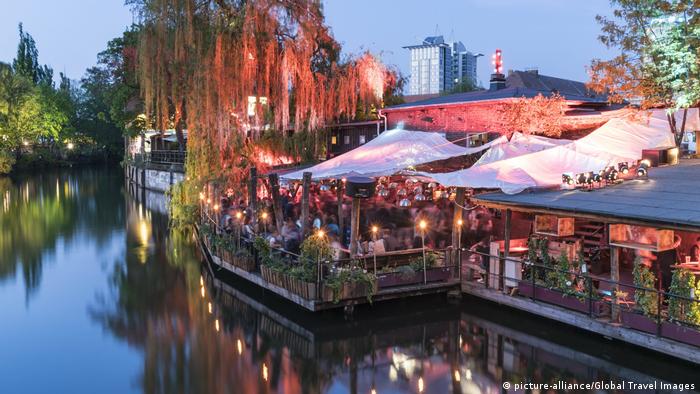 Club der Visionäre is a popular spot for locals and visitors looking to experience Berlin's nightlife. The 400-square-meter (4,306-square-foot) venue, situated in the party district of Kreuzberg, features outdoor dancefloors and a wooden terrace looking out on the Spree Canal.

Many well-known DJs have performed at the club, which plays techno, house and electronic music.

A Japan-themed party was held in the club on Friday evening under the slogan "Kisses from Tokyo," according to the Berlin daily Der Tagesspiegel.