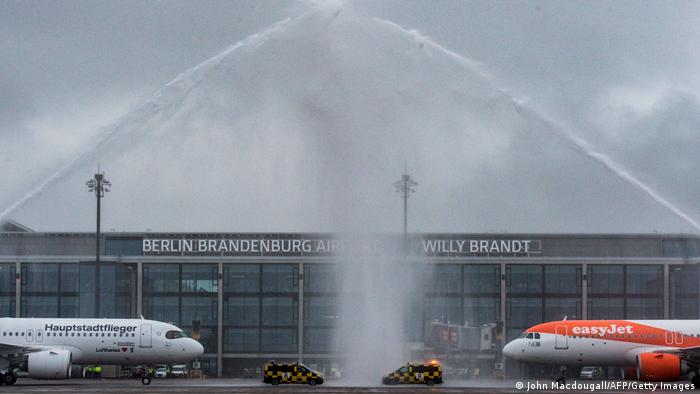 The opening of the Berlin-Brandenburg Willy Brandt airport on Saturday and was greeted with ceremonial plane landings and protests from climate activists.

EasyJet beat German flagship airline Lufthansa in arriving first at the multibillion-euro complex but it was the activists who landed the earliest blow.

Mired in delays and expenses

Nearly 10 years late and three times beyond the original budget, the terminal known by its BER code has been plagued with controversy throughout its construction — and its first day of operations was no different.

Activists sought to disrupt proceedings, marching on the building to show their opposition to the new facility. One protester glued himself to the door of a plane, others scaled the terminal to hang placards and many attended dressed as penguins. 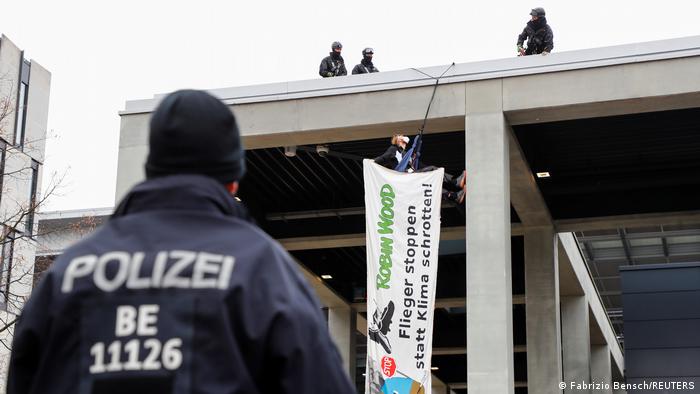 The airport's official opening was greeted with as much fanfare as one could expect from a 14-year affair that has become a national embarrassment.

In the midst of the world's most severe pandemic in a century, the first landings were met by a water salute from airport firefighters.

"Finally we can put our airport into operation ... finally,'' airport CEO Engelbert Lütke Daldrup said at a brief opening ceremony with national and regional officials. "It was a long road. It wasn't an easy road. Everyone who is gathered here today knows that so we aren't celebrating a party today. We are just opening.''

The numerous postponements, the worst of which came in 2012 just four weeks before the terminal was scheduled to open, left Berlin relying on two outdated and crowded Cold War-era airports: Tegel, which served the west of the city, and Schönefeld, which was once communist East Berlin's airport and which has been integrated into the new facility.

"The time for jokes about the BER must be over now," said Transport Minister Andreas Scheuer, adding that the country needed to start a new "economic miracle" to recover from the pandemic.

Berlin's 'new' airport: A story of incompetence and corruption

Airline industry to suffer for many years

Lufthansa CEO Carsten Spohr told a press conference the current crisis in the industry would last a long time: "We must be realistic. It will take until the middle of the decade at the earliest until we reach the level of 2019 again."