In summer, Berlin is one great, big open-air party, meaning everything Berliners normally do inside is done outside. And that includes activities normally reserved for the bedroom, says DW's Leah McDonnell. 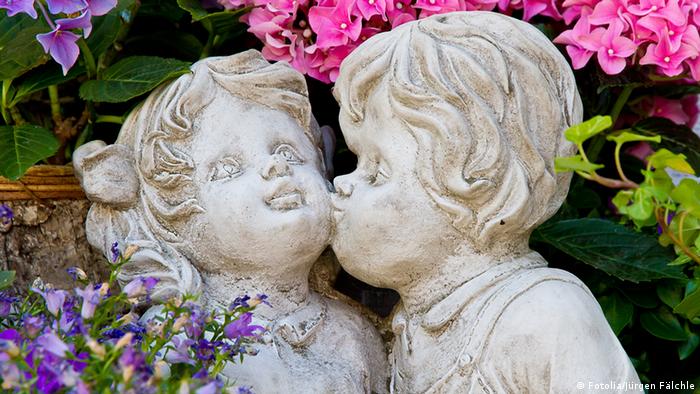 Berliners consider the first rays of summer sun as a green light to regard any public space as an outdoor extension of their own private living rooms - and that includes the bedroom.

One result of that is a surge of sex being had in public places. What most of us prefer to do in the privacy of our own four walls is done in Berlin without the privacy of any walls at all.

And for amorous Berliners, no space is off-limits: parks, streets, fountains, parking lots, alleyways, riversides, gardens and rooftops all seem to be irresistible temptations for a rising number of impassioned residents.

Berlin's summer has got off to a slow start this year, with lots of rain and sudden cold spells. Still, the open-air sex trend is already rampant and causing city authorities concern.

The German press has reported that more and more Berliners are engaging in outdoor sex with 239 people slapped with fines of 150 euros ($197) for "doing it" in public last year - more than double that of three years ago.

Berlin's largest, most famous park, the Tiergarten, and the popular Treptower Park, are the favored mating grounds for Berliners in the mood for physical intimacy. One section of the Tiergarten is so heavily frequented by lovebirds, it's under special surveillance from the police.

Even Berliners who pride themselves on their "everything goes" mentality, are keen on having this practice curbed, or at least kept in check. According to German law, it's legal to be naked in public. Rather confusingly, it's also legal to have sex in public - just as long as you're covered with at least a towel.

Au naturel in the capital

Late night hot and heavy sex when only the squirrels are looking is fine - but in broad daylight, in clear view? Not cool! Especially for those of us who were raised to believe that sex is something done (very politely) behind closed doors and where nudity was not the norm.

Freikörperkultur (FKK), or naturism, famously boomed during the 1920s in Germany, when it was politicized by radical socialists and promoted as health giving. Unsurprisingly, the first International Conference on Nudity was hosted in Berlin in 1929. 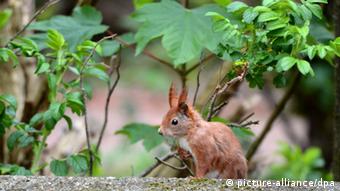 Berlin's squirrels have seen it all before...

In 2013, the authorities are cracking down on sex in public, just as they are on wayward drivers and bikers all in the name of social justice this summer. They're even predicting a record year for sex fines - extra cash the city could definitely use.

Speaking of which, keeping in line with Berlin's tradition of ultra-tolerance and social consciousness, the city makes one exception to its hard enforcement of its sex fine: for unemployed Berliners who can't resist doing what comes naturally, in the open nature, the fine is reduced to 34 euros ($45).

For Berliners and tourists on a budget, I suggest implementing preventative measures, by which I mean when outside, keep your clothes on! Also excellent advice to prevent painful sunburn of sensitive areas that might dampen your visit - and your sex life.

Wannsee is Berlin's place to rest from Berlin

Luxurious, stately, relaxed... The environs around Lake Wannsee are a great place to escape from the hipster hustle and bustle of the German capital. DW's man of the people Jefferson Chase explores Berlin's "Gold Coast." (12.07.2013)

In summer, charcoal fumes and the spit and crackle of grilled meat are as much a part of Berlin as the Berghain club or the Brandenburg Gate. DW's Jefferson Chase investigates Berlin's smoldering BBQ culture. (18.06.2013)