Berlin's historic beer culture had almost completely disappeared by the turn of the millennium. But now it's making a tentative comeback. DW's Jefferson Chase wets his whistle. 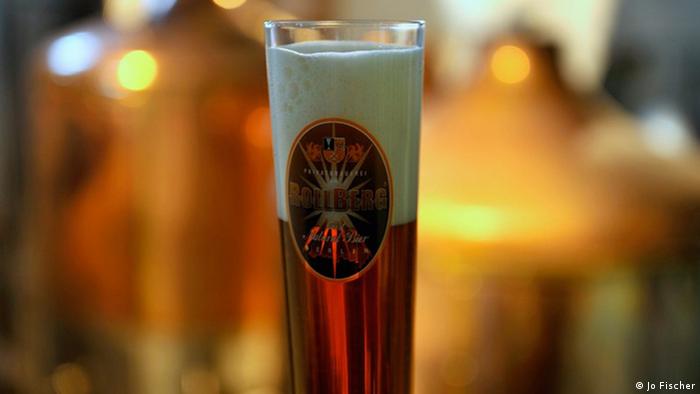 Berlin has long been a first-rate place for drinking beer in quantity. In terms of quality, well, that's usually been another story.

The "Drink Good Stuff," real ale movement in Britain and the rise of the micro-brewery in the United States didn't initially make much of an impression in these parts - which is ironic since Berlin has no closing hours, and beer is as much a part of the city's daily life as oxygen and ceaseless sarcasm toward everything from politics to the weather.

You could have almost gotten the impression that Berliners were even too cynical to care much about their suds.

Slowly, though, that's begun to change. There's a brew pub in just about every city district now, Friedrichshain's Hops and Barley and Kreuzberg's Brauhaus am Südstern being two notable examples. And roughly two years ago, a small brewery called Rollberg began carving out a niche for itself against the odds and the influence of the major drink corporations. Rollberg beer is now served in 44 locations.

To get the lowdown, I journeyed up to the street after which the brewery is named. What I got was unexpected. 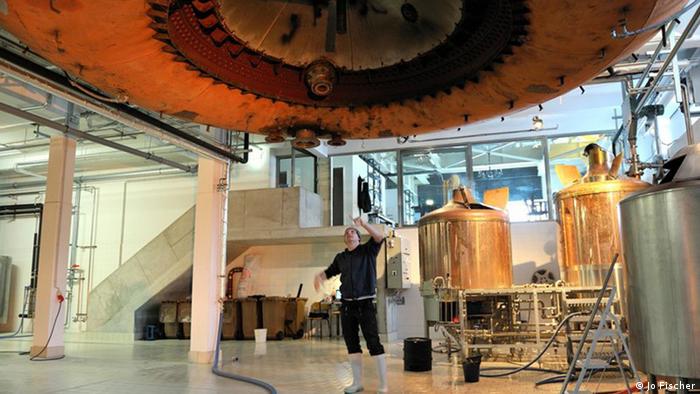 I was late arriving at the brewery, a monumental edifice from Berlin's early industrialization period, 1872 to be precise.

"Oh, that doesn't matter," Nils Heins told me when I apologized for my tardiness. "To tell you the truth, I forgot we'd made an appointment with you."

Nils, a salt-of-earth Berlin native who speaks in the city's moderately obscene patois, is the marketing manager, and that tells you quite a bit about Rollberg's independent, we-do-it-our-way spirit.

Nils started the company with fellow Berliner and brewmaster Wilko Bereit in 2009. The fact that the two entrepreneurs are natives has helped them get their foot in the door with bar owners, who are usually under pressure to only stock products made by the big boys. The beers they make and sell are non-pastereurized and unfiltered like many of the smaller, local brews that can be found all over the US.

But Nils quickly quashes any suggestion that America served as a model.

"We didn't have any positive role models, only negative ones," he told me as I began sampling the varities on offer. "We were both sick and tired of the fact that all of the breweries in Berlin were owned by the same corporation, and that all the beers tasted pretty much the same. The funny thing is - we're now the second largest beer company in the city!"

Unlike American micro-breweries, Rollberg does not experiment with styles and flavors typical of Belgian or British beers. Their most exotic offering is an amber "Red Beer" reminiscent of the Altbier in western Germany. Otherwise, Rollberg brews up clean, refreshing lager and wheat beer with the additional taste that comes from not filtering out the things that actually give beer its taste.

And for the spring there's a "May Bock" with a subtle touch of berry flavors that conceals the 7 percent alcohol - at least until the extra ABV kicks in around ten minutes later. I began wondering what a nice brewery like Rollberg was doing in a place like this. 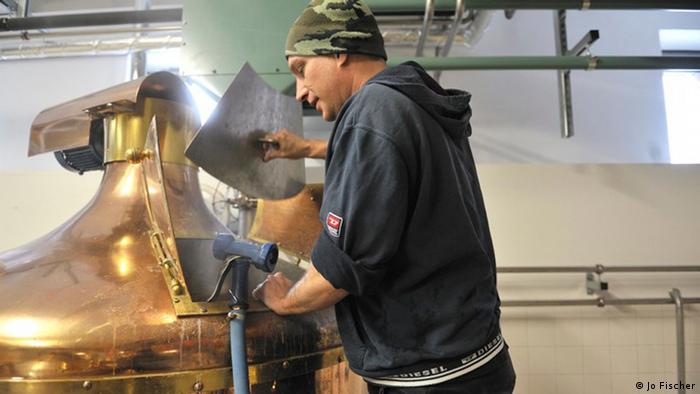 Brewmaster Wilko Bereit is the man with the malt.

Rollbergstrasse is located in the Neukölln district, and throughout much of the past two decades, the street was best known for occasional violence between Turkish and Arab street gangs.

The building where Bereit brews his lager used to belong to the giant Kindl brewery. When it closed in 2005, Nils tells me, some 800 people were out of a job, another blow for a neighborhood that had fallen on hard times.

"I always lived in Neukölln, and during the '80s and '90s people used to laugh at me," Nils says. "I was always telling them 'one day this is going to be the trendy neighborhood,' but they just shook their heads and said I was bonkers."

Nils had the last laugh, of course. Today, Neukölln is one of the most rapidly gentrifying Berlin districts, although Rollberg only partly fits that image.

To keep their enterprise from turning into a yuppie brewpub, Nils and Wilko don't operate a bar per se. Rollberg does, however, have a tasting room and a courtyard that are open to the public on weekends. While I'm finishing my taste test, people of various ages and mostly from the neighborhood stop by for a cold one. Nils knows almost all of them by name.

Breweries used to serve this sort of function in Berlin. At their high point, there were around one hundred of them in the city, many with huge spaces where as many as four thousand people could congregate to complain about the weather and politics, and generally have a roaring good time.

Nils says he hopes to help revive that collegial spirit, which is one reason why he refuses on principle to supply bars that have slot machines. Ripping people off is not his style.

His style is old-school. And more and more people in Berlin, natives and newcomers alike, seem to be taking to it.

Berlin popular for studying, less so for staying on

Berlin's vibrant party scene and low cost of living has made it increasingly attractive as a student destination. But limited job opportunities mean most graduates are forced to leave the city, despite wanting to stay. (02.05.2012)

Germans on average still consume a head-spinning amount of beer. Yet they now drink much less of the national beverage than they did a decade ago. Hop growers, however, don't need to panic. (02.05.2012)