Since the Berlin Wall fell, the gentrification of some eastern neighborhoods has been ongoing. But as high-end development spreads, some are saying: enough. They fear Berlin's character could be irrevocably changed. 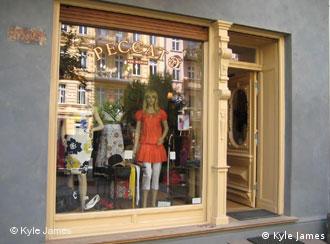 Mario Feist remembers that there used to be bakeries and small grocery shops in the Oderberger Strasse when he first moved there in 1989. Today, it is much easier to get a latte macchiato or a 150-euro shirt outside his front door than a loaf of bread or carton of milk.

He has watched as his street has been transformed from a dreary road marked by crumbling facades to a hip thoroughfare of renovated buildings, expensive boutiques and trendy cafés, whose sidewalks often resemble a fashion catwalk on sunny weekends. 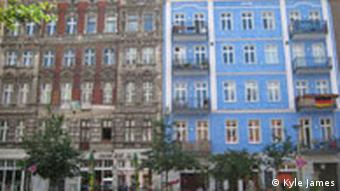 An unrenovated and renovated building side by side on Oderberger Strasse

It's a metamorphosis that he's not completely comfortable with, especially since it could take on a whole new dimension once the 12,000-square-meter development of luxury apartments being constructed just outside his back window is completed.

Called Marthashof, it will house around 500 people, and since the square meter price for the townhouses starts at 3,000 euros, the large influx into the neighborhood will be quite well off.

"It could become a very sterile place just for rich people and not the kind of place I'd want to live," he said. "I want to have different kinds of people here."

His concerns are not his alone. As Berlin's gentrification process spreads to encompass more and more neighborhoods, people are beginning to push back at what they see as a danger to a vibrant, diverse city of neighborhoods featuring people of different social and economic backgrounds. 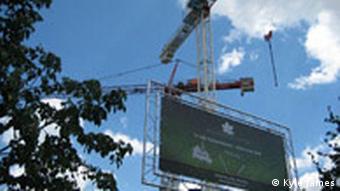 In some neighborhoods, like Feist's Prenzlauer Berg, gentrification has been happening for years. But as Berlin continues to pull in more investment and its international reputation attracts more wealthy people, the neighborhood has seen a construction boom in luxury apartments and townhouses, which, in comparison to London, New York or Paris, can still be had on the cheap.

The fears are that as more wealthy people move in to an area, their up-market tastes will be reflected in businesses that set up shop and rents will go up, pricing out lower and middle-income people.

Feist said he's already seen it happen in his street, when a Greek restaurateur was forced to move out after his rent was tripled when the building housing his eatery changed hands.

"Gentrification is not a good or bad thing in itself," said Antje Seidel-Schuelze, a researcher at the German Institute of Urban Affairs. "In one way, the districts where it happens become better. But long-established people in a neighborhood are often replaced by wealthier people. That leads to a certain homogeneity."

It's that threat of sameness that riles Patrik Technau, a 23-year-old student and Prenzlauer Berg native who recently organized a protest rally near Marthashof and another high-end development that attracted 500 people. His event capped a week of demonstrations across Berlin by mostly left-wing groups who say they are against the rapid development and reconstruction of the city. During the protests, at least 30 cars were set ablaze. 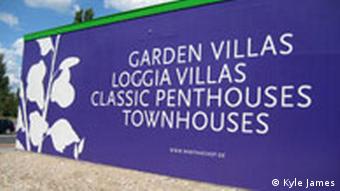 "New people are moving here from abroad or other parts of Germany and driving out people who've lived here 40 or 50 years," he said. "That's not fair and it makes me very angry."

And while once the gentrification seemed limited to central neighborhoods such as Prenzlauer Berg and Mitte, it's spreading, said Andrej Holm, a professor at Berlin's Humbolt University who studies gentrification. That is what is causing the anger to rise. As people were priced out of one neighborhood, they would move. But often the gentrification wave would follow, forcing them to move again.

Now, neighborhoods that were usually seen as immune to the process, and have been long-time enclaves of ethnic communities or artists and bohemians, are attracting professionals who are tired of the boutiques and bars, and are looking for something more "authentic." Problem is, say researchers, that the lattes, renovations and higher rents aren't usually very far behind.

According to Holm, city governments have several instruments that can keep neighborhoods on their way up from losing their diversity, such as rent control mechanisms or the construction of new social housing, even in gentrified neighborhoods. But he said Berlin has generally abandoned these tools, particularly when it comes to low-rent housing.

"In the few lots where there is still space for construction, only things like luxury townhouses and gated communities are going up," he said. "The city seems to think if we increase the number of high-end apartments, it can attract the kind of people that will also improve Berlin's economic situation." 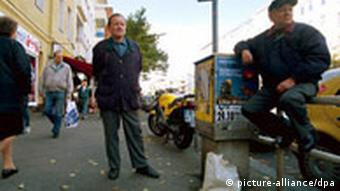 But while the upper-income influx might lift a few economic boats in Berlin, it could strand people like Claudia Hering, who along with Mario Feist is part of a citizens' initiative called AIM which wants changes to the Marthashof development.

"We are afraid that in two or three years we won't be able to live here anymore," she said.

But would she even want to? According to researcher Seidel-Schuelze, gentrification often makes people want to leave their own neighborhoods, no matter what their history there. Not only can they perhaps no longer afford it, the new look and feel can make the place not seem like home anymore.

"I know some people who used to live (in Prenzlauer Berg) in the GDR and they say it's not my district anymore and I don't want to be with these new DINKs -- double income, no kids people," she said. "They're just not part of that world."

The Berlin Biennial is designed to consolidate the city's status as a fertile breeding ground for avant garde art. But cultivating creativity is one thing -- getting buyers to spend is another matter. (05.04.2008)

Drawn by some of the lowest property prices in Europe and signs of an economic revival in Germany, foreign investors are rushing to Berlin to get a piece of the hot real estate market. (12.01.2007)

In a rash of building activity, new life is being breathed into Alexanderplatz, the Berlin square immortalized in Alfred Döblin's classic 1920s novel. (17.06.2007)

Mumbai is a city of contrasts. Here, the super-rich and slum dwellers live side by side. As more and more luxury skyscrapers go up, slums are forced to make way for them. Conflicts ensue.