The German government has backed a draft bill to make salaries more transparent for employees, aimed at closing the gender pay gap. It is time to "break the taboo" on discussing paychecks, Family Minister Schwesig said. 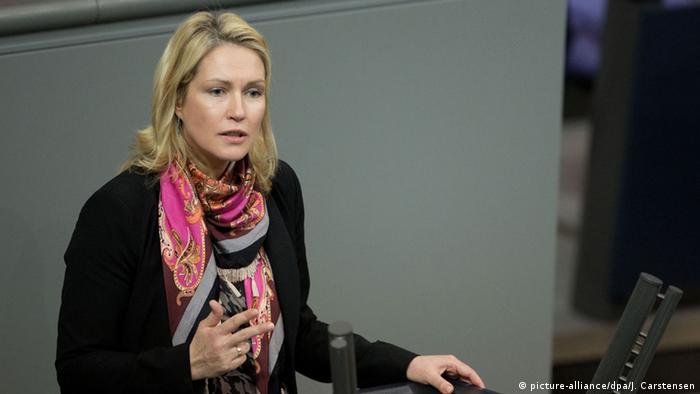 Germany's ruling coalition parties have agreed changes to a draft law that would narrow the gender gap on pay. Medium and large firms will be most affected by the new plans. (07.10.2016)

The draft bill would allow employees to see what their colleagues in equivalent positions were earning within the same company, as long as the company had over 200 employees. Also, businesses with over 500 workers would need to publish regular updates on their salary structure and show that they were complying with equal pay rules, according to the bill the German cabinet endorsed on Wednesday.

The cabinet supported the bill despite long-running friction on the issue between the two partners of the grand coalition, Merkel's CDU and the left-leaning SPD. SPD General Secretary Katarina Barley described the move as a "gigantic success" for equal pay.

On an average, men in Germany earn 21 percent more than women,compared to the EU average of 16.5 percent , according to 2015 statistics. Even after taking into account that more women work part-time or in low-paid jobs, the gap for men and women with equal qualifications remains at 7 percent, according to official sources.

Family Affairs Minister Manuela Schwesig described the bill as a "real breakthrough" in fighting the gender pay gap in Germany.

"This law applies to both women and men," she said. "However, the group to compare (your paycheck) to would always need to be the other gender."

"We have to break the taboo that you don't talk about money, because we want to make sure that men and women aren't played off against each other when it comes to wages," she told the "Rheinische Post" newspaper.

Even with the backing of the cabinet, the draft bill might face opposition in the parliament. Christian von Stetten, from the ruling CDU party, said that some 4,000 companies would be burdened with more bureaucracy if the legislation goes into effect.

"The right to demand salary information will foster workplace envy and discontent," he told the German daily, "Welt."