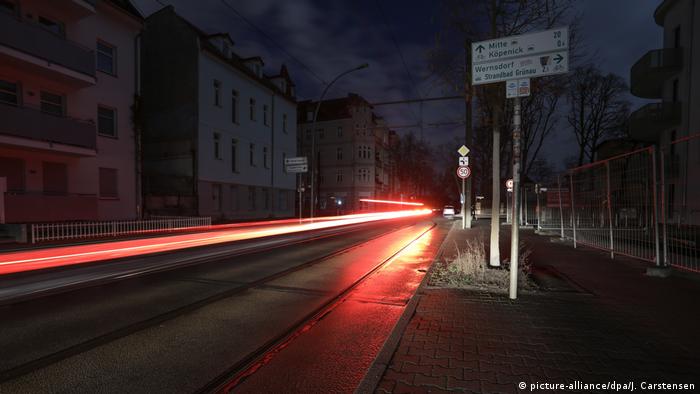 Tens of thousands of Berlin residents are scheduled to get their power back on Wednesday after an accident at a construction site plunged households and businesses into darkness.

City officials said a worker on the Salvador Allende bridge renovation project accidentally severed a critical power connection at about 2 p.m. (1300 GMT) on Tuesday, cutting off energy to the city's eastern district.

Schools and day care centers in the affected area were expected to stay closed on Wednesday while workers worked to fix the situation.

"This is a demanding job that is simply going to take a little time. That's why this blackout is taking significantly longer than previous power outages," said a representative for power company Vatenfall.

The power outage affected land line and cell phone communications. In addition, many of the affected buildings rely on electricity for their heat, meaning residents had to tough out a cold night, despite relatively mild daytime February temperatures this week.

The power company Vattenfall said heat could only be restored to the 5,000 affected residences once the power is back on.

There is also a hospital in the affected region. On Tuesday evening the emergency generator at Koepenick Clinic failed. Emergency crews set up an additional power supply to help the hospital get through the night, while some patients in need of extra care were transferred to other facilities.

Police have been out on affected streets in extra numbers to help ensure order. Many traffic lights were not working, and tram lines were unable to run without power.

The energy company Vattenfall said that the power should be restored by 1500 on Wednesday.

Belgium is slowly phasing out its aging nuclear energy infrastructure. But looming winter weather, limited renewable options and a poorly connected electricity network have left the country at risk of blackouts. (10.10.2018)

According to an internal report by Germany's civil protection agency, prolonged power shortages would disrupt the supply of vital goods in the country. The country lacks the necessary contigency plans for such an event. (27.11.2018)