After World War II, about 13 million Germans were forced to leave their homes in what are today the Czech Republic and Poland. Decades later, the German expellees are to be remembered with their own memorial day. 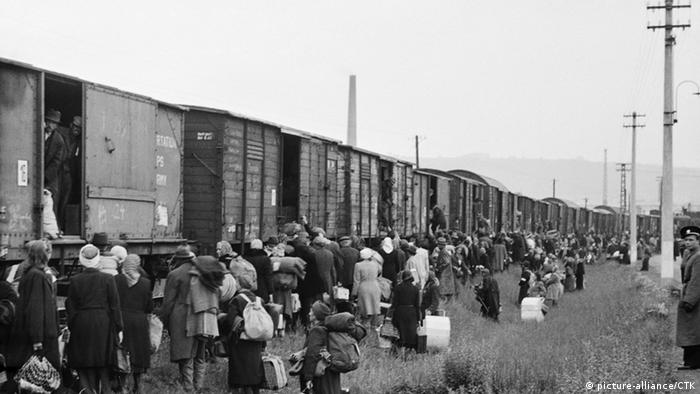 They were only allowed 70 kilos per person when they were expelled at the end of May 1946. The Czechoslovak authorities had informed Liebhard Franke's mother, Emma, a few months in advance that she and her family were to be resettled from their home in Schwarzwasser, today's Cerna Voda in the Czech Republic. Franke was 14 years old. Now 82 years old, he still clearly remembers the day he, his two younger siblings, his mother and grandmother were picked up. He played on the piano one last time before they left their home for good.

In the confusion of the post-war years, millions of Germans suffered the same fate, expelled from their homes in East Prussia, now a Russian exclave, Pomerania and Silesia, now in Poland, and the Sudeten territories in the Czech Republic.

To commemorate the fate of these expellees and other ethnic German settlers, Germany's new coalition government pledged in its December 2013 coalition agreement to create a new memorial day. That's a long overdue move as far as Erika Steinbach, President of the Alliance of Exiles (BdV), is concerned, even if the regions in question no longer belong to Germany. The expulsion, Steinbach wrote in a Twitter post, was the most epic upheaval in Germany since the Thirty Years' War in the 17th century.

Liebhard Franke was born 1932 in Schwarzwasser, at a time when people there spoke nothing but German even though the town was in Czechoslovakia. He recalls there were very few Czech residents. In September 1938, the Munich Agreement allowed Germany to annex Schwarzwasser and the rest of the Sudetenland. 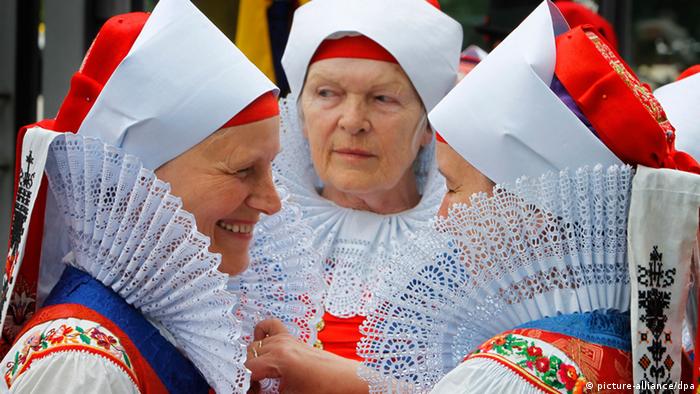 Germans from the Sudetenland struggle to keep tradition alive

At the end of the war, in 1945, the "losers" were no longer welcome, and were forced into exile, like the Franke family. The expulsion was based on an accord signed by the victorious allies in 1946: the Potsdam Agreement stipulated the return of ethnic Germans from certain territories to Germany.

Cooped up in cattle cars, the exiles were moved out and distributed throughout West Germany and the Soviet occupation zone. Detention centers were set up where "some people ended up forced into hard labor under at times inhuman conditions," Manfred Kittel, director of the Federal Foundation Flight, Expulsion and Reconciliation (SFVV) says.

Liebhard Franke and his family were lucky. Their journey ended after just three days in the southern German town of Kürnbach, 50 kilometers from Stuttgart. "The people were simply forced onto the communities, who then had to put them up somewhere," Franke says. About eight million expellees were settled in what would become West Germany, and four million in the East.

Local residents were ordered to give up rooms to the newcomers. It was an enormous strain on everyone, Franke remembers. 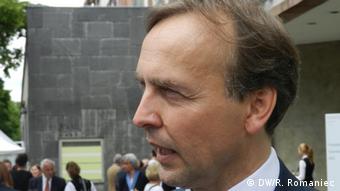 His father was released from a prisoner-of-war camp in late 1946. As a stone industry worker, he quickly found work rebuilding damaged churches, which made his family's situation easier, says his son. Many others were treated as intruders in their new homes. But, says Manfred Kittel from the SFVV, reconstruction and Germany's post-war economic miracle would not have been possible without the exiles.

Dialects, traditions and customs began to disappear. In the early 1950s, the expellees organized in territorial groups "to remember the culture and history of their lost homelands, and to represent their demands," historian Kittel says. The communities formed by the associations helped many get over their loss.

Initially, the groups had close ties to the Social Democrats - until Chancellor Willy Brandt recognized Germany's eastern borders, drawn after World War Two, dashing all hopes the expellees may have had of a return. Today, the 20 remaining exile groups in Germany are affiliated mainly with the Christian Democrats - and are grappling with waning membership.

It's not a surprising development, says Franke: some things can only be kept alive if they are shared in a community like a village. When people move elsewhere, it's normal that they should find no resonance for their traditions. "You just have to fit in," he says: even if a memorial day won't bring back the traditions, it will at least make it possible to commemorate the people.

A date for the day of remembrance has not yet been set.