The head of Berlin's largest statue of Lenin is about to be dug up after almost a quarter of a century - if a local colony of lizards cooperates. David Crossland reports from Berlin. 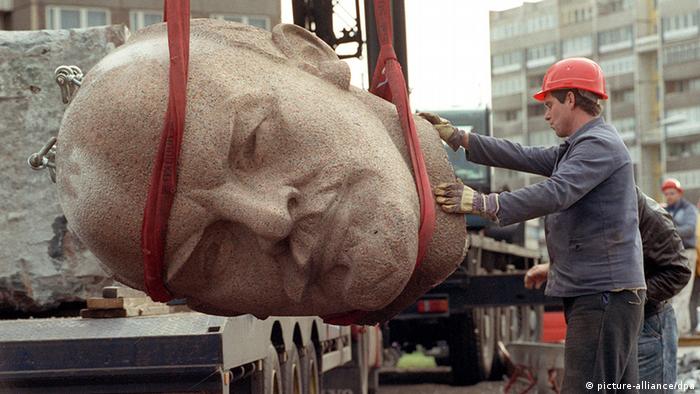 Lenin has lain in a sandpit at the southeastern edge of Berlin since 1991 when the city, desperate to rid itself of the painful reminders of its division, cut the 19-meter (62-foot) statue into more than a hundred pieces and buried them.

Now, after administrative battles with reluctant authorities and grumbling from Berliners who thought they had got rid of the old communist forever, a museum plans to resurrect the 3.5-ton, 1.70-meter head this summer for a planned museum of disgraced monuments from the city's tumultuous history.

There's just one little problem left to solve before it can finally glimpse the light of day: lizards. Sand lizards, to be precise, strictly protected by European wildlife conservation rules.

Approaching the site with the crane, bulldozers and truck that will be needed to shift Lenin would disturb the striped creatures just as they're getting ready for the mating season, during which they turn green. So they must be encouraged to move away before the exhumation can commence. That's the law.

"They're coming out of hibernation now and biologists are gathering them up before they start feeling at home again," Carmen Mann, coordinator of the exhibition "Unveiled. Berlin and its Monuments" in the Spandau Citadel in western Berlin, told DW.

"They're being brought to another location nearby which is being made ready for them. That process has only just begun and it takes time. It could last until the summer." 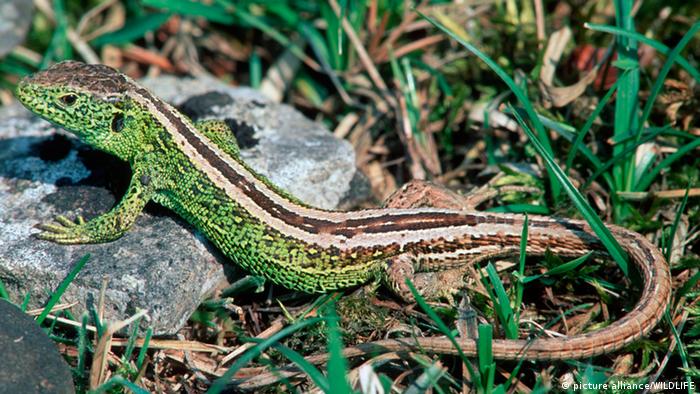 The show is due to open this autumn once the exhibition hall in the 16th-century fortress has been converted.

Moving sand lizards is a delicate business because they can shed their tail when they feel threatened. The reptiles, which can grow as large as 25 centimeters, can also bite. Other ways being used to encourage them to uproot include cutting the grass around the site to make it less attractive to them.

TV broadcasters have already been making enquiries about covering Lenin's resurrection, which will no doubt be feted as a symbol of the city's recovery from the trauma of its division.

It might be traumatic for Lenin, though. As he's driven across Berlin, his grimacing face will behold a city radically changed from when he was torn off his pedestal at Leninplatz, today's Platz der Vereinten Nationen, in the district of Friedrichshain between November 1991 and February 1992.

What would he make of the luxury developments, the trendy bars and boutiques, the gentrified districts teeming with bearded hipster start-up entrepreneurs slurping takeaway lattes, the crowds of tourists wielding selfie sticks, the Prussian royal palace being rebuilt, not to mention the near total absence of the "anti-Fascist protection rampart?"

Andrea Theissen, the head of the Spandau cultural department who heads the museum project, said the struggles to get Lenin exhumed show that Berlin still isn't as relaxed about its past as one might think.

"We assumed that after all this time people would see history with different eyes, but it wasn't quite as easy as we had expected," she told DW. 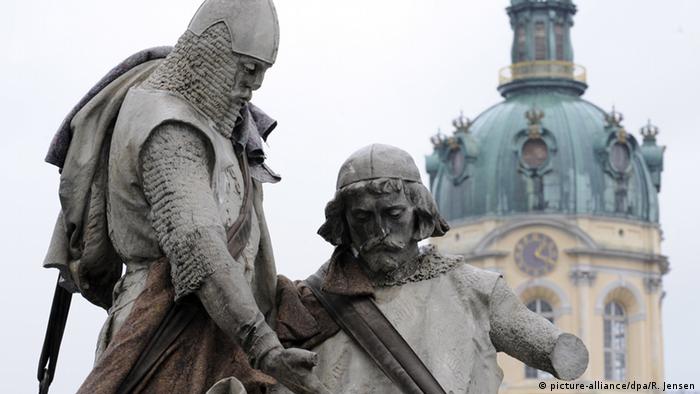 This statue of Berlin founders and brothers John I and Otto III, Margraves of Brandenburg, will be part of the exhibition

She said the city authorities had employed "delaying tactics" to halt Lenin's resurrection by citing bogus problems such as technical difficulties and cost concerns and monument protection rules that masked an underlying reluctance to dig him back up.

At one point, the city even claimed it didn't know where the head lay buried, even though a US filmmaker had discovered it with ease in 1994 and had even uncovered it with a spade, in a film clip that can be seen on YouTube.

Only last August, the city government denied permission to exhume Lenin, citing a demand by the monument protection authority that the whole statue should be reassembled one day. Then, after an outcry, it changed its mind and released the head.

"I'm sure that when people see the exhibition and the way we explain all the monuments and put them in historical context we'll be able to have a less emotional debate about it all," said Theissen. "We're not trying to trigger any kind of revival, we just want to take a detached look at history, from today's point of view."

The museum never had any intention of reassembling Lenin. The destruction of the statue, made from red Ukrainian granite, is part of Berlin's history, as is the vast ceremony with a crowd of 200,000 that marked its unveiling in April 1970 a few days ahead of Lenin's 100th birthday, and the arduous lobbying to get it dug up.

"We're not restoring any of the monuments," said Mann. "They're being exhibited as they are. If the head or limbs are missing, that's how we show it because we want to show the history of the statues."

While Lenin is bound to be the main draw, the exhibition, in a vast former store room of the citadel 100 meters long and nine meters high, will display an imposing array of some 100 original monuments dating back to the 18th century. 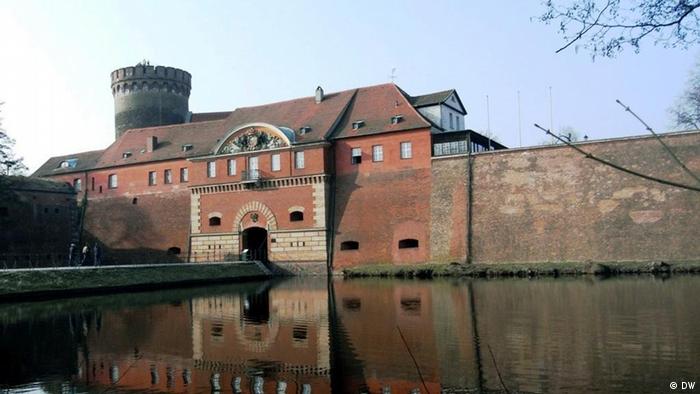 The citadel's exhibition space is being renovated for the show

They will include the Victory Avenue, an ensemble of 90 marble statues of the princes of Brandenburg and Prussia from Albrecht the Bear to Emperor Wilhelm I which once stood in the Tiergarten park but was ordered to be removed after the end of World War II.

"To the Allies, they represented Prussian-German militarism and only the intervention of local monument experts prevented them from being destroyed," said Theissen. "They were buried in front of Bellevue palace. Lenin wasn't an isolated case, you see. It wasn't unusual just to bury monuments when you didn't know what to do with them." Many of the monuments were dug up in the late 70s and kept in a disused sewage pumping plant.

The museum will also contain memorials from the time of the Weimar Republic, monuments to heroes of the Napoleonic wars, and a Nazi memorial stone from a housing estate built for SS officials in the district of Zehlendorf.

Some of the statues will come from the vaults of the German Historical Museum. Others have been contributed by private collectors. In the chaos and destruction after the war, some people combed through Berlin's parks and took parts of destroyed statues home with them.

"We won't have much from the Nazi period because the era didn't produce statues," said Theissen. "The entire architecture of that time was designed to be monumental."

It's still not clear when the exhibition, which is likely to become a major tourist attraction, will open, or when Lenin will be lifted from his sandy grave.

"It depends on the lizards," said Mann.