Why do the bad guys always win (outside Hollywood)? Do animals have souls? Can there be world peace? Thinkers, activists and artists from all over the world will gather in Berlin to offer some answers. 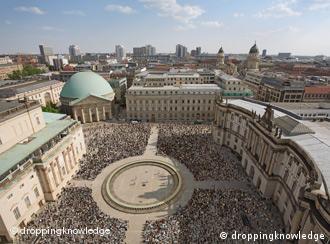 More than one hundred thinkers, activists and artists from all over the world -- among them German director Wim Wenders, human rights activist Bianca Jagger and Chinese Tiananmen Square student leader Wang Dan -- will take on the world's most pressing problems Saturday, in an open-air discussion in Berlin called, "The Table of Free Voices." 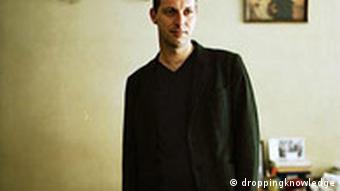 The event is organized by Dropping Knowledge, a Berlin-based non-profit organization dedicated to supporting the free and open sharing of knowledge as a catalyst of social change.

"For years, I have had this vision of a table at which big thinkers get together to share their knowledge with other people," said Ralf Schmerberg, one of the founders of Dropping Knowledge. "The Table of Free Voices is just an initial booster with which Dropping Knowledge wants to kick off a movement that can then spread around the world."

The arguably largest roundtable of the world will take place in the middle of Berlin's historic Bebelplatz, a location known for being the site of Nazi book burnings during the Third Reich. 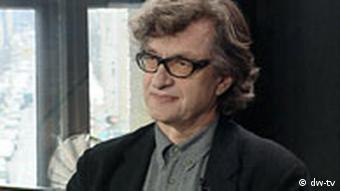 But this will be no regular conference and there will be, in fact, not much dialogue going on. Each of the 112 participants will be seated in front of a digital camera for six hours, answering numerous questions about war and peace, politics and cross-cultural understanding that have been submitted via the Internet.

"I believe that our mental attitude brings our world to life," said Nigerian activist Hasfat Abiola, who will be moderating the event with US actor Willem Defoe. "When we advance into the unknown, we open ourselves to new ideas, new views, a whole new world. That is why I am moderating this event."

The "Ask Yourself" campaign

Dropping Knowledge launched an international "Ask yourself" campaign in September 2005, encouraging individuals, communities and organizations to think about what matters most to them and to submit questions to the project. 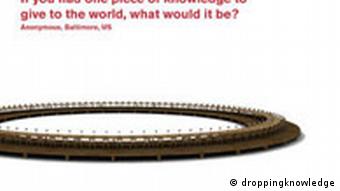 Over 20,000 questions were submitted by the end of Aug. 2006, reflecting a cross-section of concerns, fears and hopes that organizers believe will inspire solutions to the most pressing issues of our time: What can we do to eliminate poverty in the third world? Would there be war if the world was run by women? How do we protect the voices of peace?

The answers provided by the participants at the Berlin event will be recorded, transcribed and translated into English, if necessary. The estimated 672 hours of video material will be made available online on the project website as part of an innovative internet platform for the exchange of knowledge.

"In order to support a global dialogue that will be wide-ranging and deep enough, we have created an original internet platform," said Hans Uszkoreit, who leads the department of language technologies at the German Research Center for Artificial Intelligence (DFKI).

The project's internet portal will serve as a library and search engine in one, with an intuitive interface for visual navigation.

"The dialog forum is connected to a knowledge database with links and background information about thousands of topics," Uszkoreit said. "The semantic web technology constantly reorganizes the content and the system even 'learns' from its users how to evaluate the relevance of the content."

The sponsorship deal, however, has already drawn criticism from some. 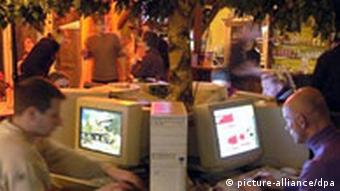 "How can Allianz management fire five thousand people" was one of the ten top-rated questions on the project website Friday. "The concern earned 6 billion euros -- as much as Great Britain and France contributed together to the EU budget in 2004. And where is the shame?"

"How does Allianz' drastic job cuts fit into its public activities as a "global player" and an enterprise with social responsibility," read another question.

Allianz announced in June that it would axe 5,000 jobs at its German insurance division and shed a further 2,480 jobs within its Dresdner Bank unit as part of a new business model to be implemented by 2008.

Organizers believe, however, that starting a dialogue about the topics that matter to people is the most important prerequisite for affecting change in the world.

"What would happen if we didn't leave the answers to the big problems of our time to leading organizations, but used the creativity and knowledge of all people" asked Caesar McDowell, a professor at the Massachusetts Institute of Technology, who serves as one of the American co-directors of Dropping Knowledge. "It's a fascinating idea and a recipe for success."

Peace activists are preparing to greet the US leader with protests when he comes to Stralsund in northeastern Germany on July 12-14. War and human rights issues will be at the center of the demonstrations. (July 3, 2007)

Some Europeans are concerned about US hegemony in the worldwide information market. Now France -- and maybe Germany -- aims to develop a Eurocentric alternative to the dominant Internet search engine, Google. (March 9, 2006)