German officials fear Europe may be unable to fund a rescue package for Italy, should Rome need it, a German news magazine reports. Not even tripling the EU's bailout fund would be enough to rescue the Italian economy. 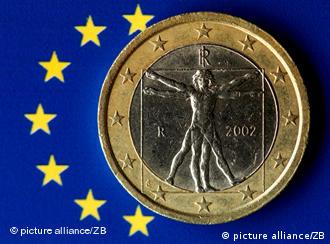 Fears are growing in Berlin that Italy's economy may be too big to be rescued by the European stability fund, German news magazine Der Spiegel reported on Sunday.

According to a report published in the German weekly, Italy's financial needs are so great that a rescue package would most likely eclipse the capacity of the European emergency fund, even if it was tripled in size.

Italy's is the world's eighth largest economy with a public debt of about 1.8 trillion euros ($2.6 trillion), equivalent to roughly 120 percent of its national output.

Signaling the markets' doubts about the integrity of the Italian - and Spanish - economies, yields on Italian and Spanish debt have soared to 14-year highs this week.

The 440 billion euro European Financial Stability Facility (EFSF) was intended only to rescue smaller economies within the eurozone. The European Central Bank was scheduled to hold a rare Sunday conference call. Investors are anxiously looking for the central bank to start buying Italian and Spanish debt on Monday to stabilize prices, a move that has split the ECB governing council.

The German government has insisted that troubled eurozone countries should resolve their debt problems on their own with internal reforms and spending cuts, rather than resorting to costly bailouts.

The debt crisis in Italy and other parts of the eurozone - as well as doubts about the US economy and credit - were at the fore of spiraling global markets this week, triggering emergency telephone conferences among world leaders. 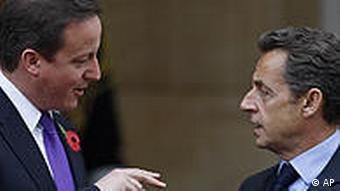 European leaders are keenly monitoring the debt crisis in Italy

German Chancellor Angela Merkel also telephoned with Sarkozy and US President Barack Obama over the weekend.

British Prime Minister David Cameron and Sarkozy also talked on the phone about the eurozone and US debt crises, a spokesman for Cameron said.

"Both agreed the importance of working together, monitoring the situation closely and keeping in contact over the coming days," the Downing Street spokesman added.

"We are acting with determination to put the decisions from the July 21 summit into place," Rösler told the German weekly Focus.

"We are showing the markets that we are defending the euro," Rösler said, adding that "questioning these decisions just two weeks later has the opposite effect of worrying the markets."

Market fears during the week wiped out an estimated $2.5 trillion in share values worldwide.

US credit rating downgraded for the first time in history

The United States lost its top-notch status as a reliable economic player, according to the rating agency S&P. The move comes after global stock market losses, raising concern about the world's economic health. (06.08.2011)

Markets worldwide have slumped under a massive sell-off due to worries about debt in the eurozone and slow growth in the United States. But the global economy will keep growing, although more slowly, say experts. (05.08.2011)

European stocks tumbled to a 14-month low as investors worry about another recession in the US and fears the eurozone debt crisis could spread to Italy and Spain. Perky US jobs data provided some relief later in the day. (05.08.2011)