Medical workers at Europe's largest university hospital started a week-long strike in Berlin on Monday, with more strikes being planned for December all over Germany. 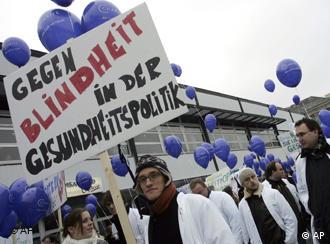 According to Matthias Albrecht, regional chairman of the Marburger Bund physicians' union, 99 percent of the 2,200 doctors employed at the hospital joined the strike.

To avoid a complete interruption of medical services throughout the strike, emergency care will continue to be provided at the hospital. The week-long strike is expected to include not only traditional demonstrations, but also info-sessions for the general population, for example in shopping malls.

The doctors are urging hospital administrators to approve a collective wage agreement for medical workers that will improve their financial status.

"We must get rid of overtime hours, also in the sense of patient protection," said Albrecht. 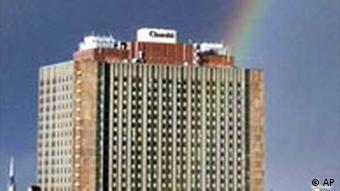 According to Charite medical workers, the employees put in 85,000 overtime work hours each month, mostly without receiving any monetary compensation. Furthermore, the doctors' wages fell by 7.5 percent in the period from 1993 to 2002. The university hospital, which combines a network of clinics across the once divided city, is expected to cut 266 million euros ($312 million) in expenses until 2010.

The strike in Berlin, however, is only a warning sign for the overall predicament of German medical workers. The physicians' union has been in negotiations with the Association of Communal Employers (VKA) for weeks regarding the working conditions at 700 communal hospitals across the country. The union request for a 30 percent increase in wages has been rejected by VKA as "excessive."

Consequently, the Marburger Bund announced it was planning a series of pinpoint strikes across the country on Dec. 13. which ought to paralyze communal hospitals.

More strikes on the way 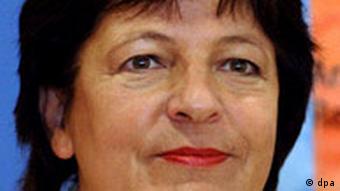 "We are ready to strike more than ever and are firmly resolute on improving the working conditions for doctors and making them bearable for the sake of both the doctors and their patients," said the Marburger Bund chairman Armin Ehl.

Commenting on the 30 percent wage increase requested by the union, Ehl pointed out that the proposal "didn't fall from the sky" and was, instead, an attempt to "claim back what has been taken away from us."

German Health Minister Ulla Schmidt said in an interview on Sunday evening that she was hoping for a "realistic resolution" of the negotiations, but warned that the wage increase of 30 percent was excessive and an unnecessary burden for the negotiations.

Ehl, on the other hand, rebuffed Schmidt's comments as "meddling" and "populist statements." 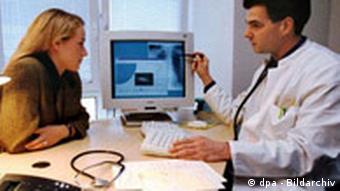 Getting rid of overtime hours should help patients get better service

The management of the Charite hospital would like to avoid an open confrontation with the doctors.

"I am not happy that the doctors have gone on strike, but I assume that this has been a difficult decision for them as well," said hospital director Behrend Behrends.

According to Behrends, the current situation is not an internal hospital matter, but rather a result of federal policies.

President of the German Chamber of Physicians Jörg-Dietrich Hoppe defended the strike and the request for wage increase as justifiable.

"More work for less money is not fair," said Hoppe.

German doctors have begun nationwide protests against long working hours and pay cuts. On Monday, 1,400 doctors took to the streets in two states to kick off the weeklong action. (Aug. 2, 2005)

Health Care in Germany -- a Matter of Class?

Round the Clock Care

For the patient it’s the ideal of modern medicine: 24 hour health care and hospitals ready to fill their every need. But for the doctor, round the clock care is a nightmare without the sleep. (Feb. 4, 2002)