Inventors sometimes spend lifetimes working to perfect their inventions, but few know how to bring them to the market. Berlin-based Erfinderhaus helps inventors develop new products; the Erfinderladen sells them. 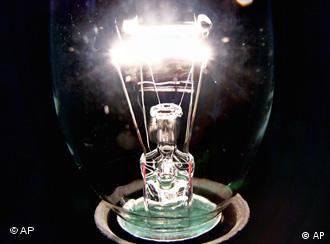 Not all bright ideas are commercial success stories

Neser picks up what looks and feels like a full can of cola. Then, he unscrews the top to reveal a small hiding place, with room for a wad of cash, some jewelry, or a small mobile phone.

Neser works with big name manufacturers like PepsiCo, Duracell and Bonduelle, swapping his safes for their labels, which come complete with multi-lingual EU ingredient lists and instructions for use.

Giving inventors a chance to enter the market

The Erfinderladen is packed with quirky and clever inventions. There's a waterproof notepad for jotting down ideas in the shower, a device to hold up your book while you read in bed, felted boots for walking warmly in the snow, and a two-inch keychain that converts into what's believed to be the world's smallest corkscrew. Roughly 95 percent of the items in the shop were developed by German inventors. 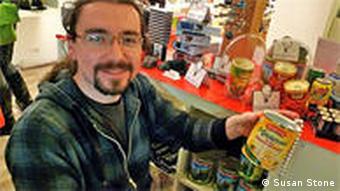 The collection is maintained by Marijan Jordan and Gerhard Muthenthaler, who opened the store as a spin-off from their main project, Erfinderhaus. Together they advise would-be inventors on how to file patent applications, where to find development money, and how to deal with manufacturers.

Muthenthaler says they wanted to both raise public awareness about Erfinderhaus' mostly invisible services and provide a launch pad for the new items they've helped develop.

"At the Erfinderladen we can show what we do, show the products, and give inventors a chance so that when they only have 100 pieces handmade, they can also enter the market," Muthenthaler explains.

Another advantage: it's a test market situation. When clients respond positively, Muthenthaler and Jordan take the product to big retailers and tell them about it.

Muthenthaler and Jordan started their consulting business in 1997 in Salzburg, Austria, but found more fertile ground in the lively German capital. The two learned firsthand how tough life can be for novice inventors. Their first invention was an idea for a watch that could allow its wearer to identify and connect with people sharing the same likes and interests - a kind of a social network website on your wrist.

When they tried to get the idea developed, the experience pushed them in a new direction.

"Our first business meeting was with Swatch, the biggest Swiss company for watches. We went to this meeting as students - we drove our mom's car," Jordan recalls.

That first meeting was informative but frustrating. The duo drove home and started searching for a company that offered advice to inventors. They found a few in the United States, but none in Germany. So they decided to invent their own.

The German market needs the support even though its inventors generate a similar number of patents to Japan, which is only outperformed by the United States. German business culture, with its rigid processes and conservative attitudes, is wary of entrepreneurs. Adding to that, Muthenthaler says, inventors now mostly work in teams for big companies like Apple and Siemens, and aren't identified as individuals. 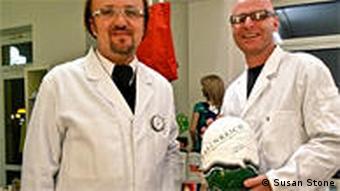 Muthenthaler (right) and Jordan founded Erfinderhaus to help to inventors

Muthenthaler says the bias is inherent in the Germany language itself, starting with the word Erfinder.

“'Erfinder' has the same meaning as 'inventor.' But 'inventor' in the Anglo-American context would be an entrepreneur in the beginning, a visionary. And here, it's kind of the crazy guy who works in his basement on some stupid inventions. That's the public conception of the word," he says.

Erfinderhaus has been on a battle to rebrand the word Erfinder as a respectable descriptor and profession. It actively in promotes "Inventor's Day" in Germany (November 9), while its founders regularly participate in panel discussions and blog about new ideas.

Muthenthaler admits he has a soft spot for odd designs and products that some might find a little crazy - or at least unusual - but Erfinderhaus has also worked on practical technological advances like streetlight dimming system AutoLux, as well as novel energy-saving devices and construction materials.

"As an inventor you always solve a problem", says Muthenthaler. "If it's [just] your problem, it's your problem. But if it's a problem someone else also has, it's a product. That's the difference." 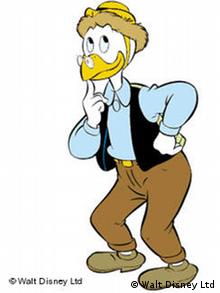 Deciding which of these solutions should be realized is the real art of the business. As technology makes information easier to access and patents simpler to file, Muthenthaler says more inventions are being created than ever before. Erfinderhaus receives 1,000 ideas a year. Some come as rough plans, some as finished designs.

But not all ideas are good or new. Many designs have already been patented or already exist on the market somewhere in the world. Some 80 percent of proposals sent to Erfinderhaus don't make it past the first meeting, and only a few are fully developed.

"We are like gold diggers," says Muthenthaler. "They have to get dirty and search the mud for the gold nuggets. And that's pretty much what we are doing. We search for the nuggets."

Muthenthaler's search is taking him beyond Germany, Austria and Switzerland. Erfinderhaus has launched a new website named Inpama, aimed at American inventors. The team also visited a recent international fair in Seoul, South Korea, to look for new products to sell at the Erfinderladen.

In a DW interview, Peter Post, a German innovator explains the bionic grappler, a high-tech helper modeled after an elephant's trunk. (02.12.2010)

Assessing the role of patents in combating climate change

Tackling climate change requires the adoption of clean energy technologies around the world. But know-how, often protected by patents, is trickling way too slowly from industrialized nations to poorer regions. (07.12.2010)

European inventors currently spend 10 times as much protecting their ideas as their US counterparts. But now the EU wants to make patent protection easier and less expensive for the bloc's inventors. (29.10.2010)