Berlin backs mediation to keep civil suits out of court | Germany| News and in-depth reporting from Berlin and beyond | DW | 15.12.2011

Berlin backs mediation to keep civil suits out of court

For many, compromise-focused mediation is a cheaper, quicker solution to civil lawsuits. With Germany's court system buckling at the knees, the Bundestag has voted to lend mediation more support. 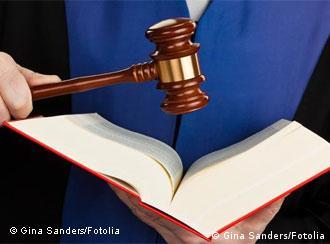 One reason for mediation is to avoid court altogether

The lower house of German parliament, the Bundestag, voted unanimously Thursday in favor of a new mediation law to implement a 2008 European Union guideline for the use of mediation in civil and commercial conflict. It gives new legal weight to mediation by creating a more defined role for mediators acting in tangent to a court proceeding.

"It means more security for the client and better legitimization for us,“ said Christoph Paul, former spokesman for the German Consortium for Family Mediation.

Mediation already accounts for some 20,000 cases that are resolved outside the German court system every year.

How mediation can work

It could happen to anyone:

In the dead of winter, a supermarket customer steps on an icy patch in front of the shop's entrance, slips and lands on her back. 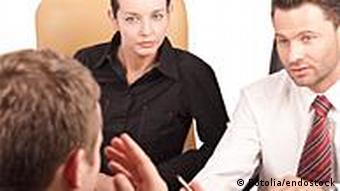 Currently, anyone in Germany can legally call himself a mediator

With a little luck the customer gets up and brushes herself off. Once in a while though, someone is not so lucky. The person suffers spine damage and, after a long hospital stay, is wheelchair-bound for the rest of her life. She can no longer perform her old job, so her boss fires her. She decides to sue the grocery store, demanding compensation for personal suffering and the loss of her job, as well as reimbursement for medical costs and making her home and car wheelchair-friendly. She wants a total 750,000 euros ($975,000) .

In order to avoid drawn-out court proceedings, the grocery store manager aims for an out-of-court settlement. He calls in a mediator, whose efforts lead to an astonishing outcome: The legal dispute is ended peacefully; the supermarket gives the victim a lifetime position as sales director, and she receives 75,000 euros in damages, paid in grocery vouchers over the next decade.

In Germany, plaintiffs generally face over four months' wait before their civil cases reach court. In district courts, the wait is nearly twice as long. The outcome is unsure, and the risk is high.

In light of the risks, mediation can be a less expensive and time-saving alternative. One mediator, Andreas Kövel, co-owner of the Düsseldorf mediation firm Consens, calls it a "considerable relief“ to the court system.

In Germany, mediation is an increasingly popular route for conflicts pertaining to labor law, but it is especially employed in family law.

Another success story is the case of Karin and Stefan S., half-siblings who argued over the inheritance of their deceased father's house. Both parties demanded 75 percent of the sales price. At the beginning of mediation, the two are dead-set against each other. 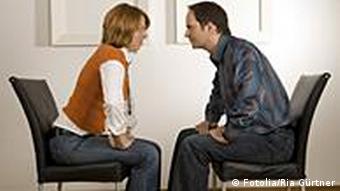 Mediation is most commonly used to resolve family disputes

Over five mediation sessions, both sides say at different points they want to quit the negotiations. Both say mediation cannot work. But in the end, they come up with a solution, whereby the sister continues to live in the house's attic, and the income from renting out the house is split.

Mediators earn an average 250 euros an hour, but even after handing over 1,250, the half-siblings have saved substantial court costs. And the result, their father's house staying in family hands, is beyond the two's expectations.

Mediation emphasizes compromise; it's the mediator's duty not to represent one side but to remain neutral. Mediators are often but not necessarily lawyers. Psychologists and social workers can also undergo mediation training. But the title of mediator is not legally protected in Germany like other professions, meaning anyone can call himself a mediator.

Andreas Kövel of the Düsseldorf mediation firm Consens emphasizes that mediation does not prevent sides from consulting lawyers. But even with the help of attorneys, the success rate of mediation remains high: 80 to 90 percent of cases are resolved by mutual agreement.

Germany's lower house of parliament has lifted its ban of websites containing pornographic images and videos of children, after the measure caused an outcry among web users. Berlin is now looking to delete the websites. (02.12.2011)

German intelligence service slammed for destroying files on Nazi past

Germany's BND foreign intelligence service faces criticism for having shredded files on the Nazi past of some of its employees. A parliamentary committee wants more information on the sensitive matter. (30.11.2011)

A federal court overturned a ruling that allowed a Muslim student to perform his daily prayer on school grounds during his break from class. The student can now take his case to Germany's Federal Constitutional Court. (30.11.2011)