Berlin and banks face off over ′stress test′ results | Business | Economy and finance news from a German perspective | DW | 17.06.2010

Berlin and banks face off over 'stress test' results

Despite opposition from the German banking sector, Berlin now supports publicizing the results of 'stress tests' that aim to determine the health of banks. The move could lead to an EU-wide disclosure policy. 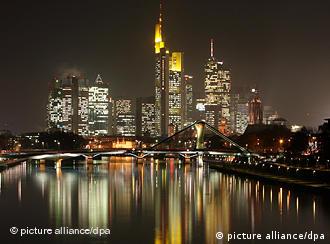 In a U-turn, the German government has gotten behind a plan to make public the results of "stress tests" designed to rate the health of individual German banks and, it is hoped, help calm financial markets left jittery by the fragile state of the European economy and its ongoing debt problems.

The Financial Times Deutschland reported that the German government has told its European partners and members of the G7 group of nations that it is now "in principle in favor" of publication in the hope that more transparency would have a stabilizing effect on the markets and stop speculative attacks on bank shares.

"There is a good deal of anxiety in the markets right now and I think the stress tests could provide additional information about what is coming toward us regarding the banking sector," Juergen Matthes, an analyst at the Cologne Institute for Economic Research, told Deutsche Welle.

German joins Spain, which earlier this week called for the publication of stress test results, since it is especially concerned about market perceptions of its economic health. Spain's 45 regional savings banks, the "cajas," have been highly exposed to bad debts following the collapse of the nation's property and construction sectors. There are widespread fears that Spain could be going the way of Greece and need a massive EU bailout.

Spain's central bank "plans to make public the results of these stress tests so that the market understands the situation perfectly," Bank of Spain governor Miguel Fernandez Ordonez said on Wednesday.

The European bloc's national regulators have been carrying out tests on some 25 banks since March to determine their ability to withstand liquidity problems. But controversy has arisen ohow the test results should be made public. 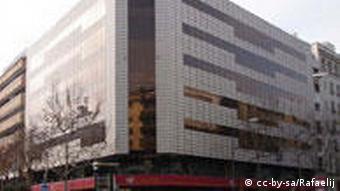 The main bone of contention is whether or not to publicize the results for individual banks or to do so on a broader basis, as was done last year when 22 banks underwent stress tests. The tests looked at how the banks would respond to a sharp economic contraction and the results, which were released in limited form for the entire group, suggested none would be at risk.

German banks have thus far been strongly opposed to releasing results on individual institutions, saying doing so could lead to an incorrect reading of the data and cause even more market anxiety.

"In these stress tests, extreme situations are simulated that are actually very unlikely in the real world and the danger for misinterpretation is high," a spokesman for the German Banking Association told Deutsche Welle.

"So in light of the very fragile state of the markets, we don't think it makes sense," he said.

Under German law, banks would have to approve any public use of their data.

The German government's previous resistance to publicizing the results had raised suspicions that it might not like what they would show. Others have wondered why German banks continue to dig in their heels, worried that insisting on a lack of transparency could lead to mistrust.

Now that Berlin is on the same page as Spain, observers say a move toward an EU-wide disclosure policy is possible, and will be high on the agenda at the EU summit today in Brussels, where leaders will be seeking to show financial markets that the European Union has a handle on the euro debt crisis.

"If Germany supports Spain in its push, the debate in the EU gets a special dynamic which makes publication more likely," a European banking source told Reuters.

France has said it has no objection to publishing the results. The country's central bank governor Christian Noyer said on Thursday that he favored "the publication of the stress tests in Europe broken down by country and by bank."

But taking the banking sector's perspective, analyst Juergen Matthes said he could imagine cases where releasing additional information on an institutions' financial health could reveal facts that, superficially, look critical, but might not be as serious as they appear on closer inspection.

"The question really is how good is the analytical capacity of the financial markets," Matthes said. "You could pose some big question marks there indeed."

Experts agree the levy on financial institutions to meet the costs of any future financial crisis should be imposed on all banks, including those that did not require bailout assistance. (22.03.2010)