Berlin in winter makes people sick and depressed. Columnist Gero Schliess advises visitors to stay away from the city and hope for better times - like the summer. 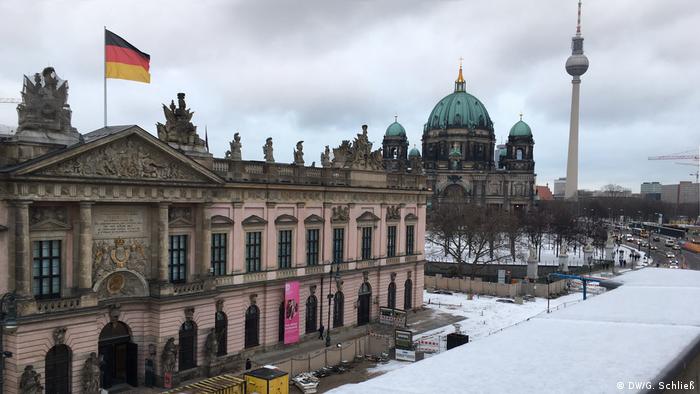 Warning. This is an urgent warning for all people traveling to Berlin: It is now winter in the German capital. It's cold, dark and forbidding; days are dull and nights are dreary. Berliners look even more annoyed than usual - and even deeper into their bottles of beer and vodka. 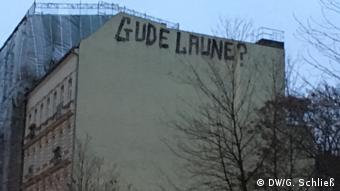 Fog and ice turn even the shortest walk to the bakery or neighborhood drive into a dangerous adventure. The worst thing is that the weather is really bad in winter. That's also what my taxi driver says, while his wipers confirm this by pushing dirty sludge from one side to the other on the windshield.

Take my warning seriously: Do not come to Berlin during the gloomy winter season. Make a detour to avoid the city. You are bound to meet melancholy, or at least cold, as the author of this column recently experienced - probably while cycling on icy roads. Siberian winds bitterly blow through boulevards, across vacant lots and under bridges. Despite all preventive measures, the chill crawls underneath your coat, wool sweater and scarf to grab your throat with an icy grip.

What's he so excited about?, readers might be tempted to ask. After all, it's winter everywhere in Germany. Yes, that's true - but in Berlin it's particularly desolate and inhospitable. Maybe winter seems even more violent and ugly here because of the way it contrasts with recent memories of the "other" Berlin, the summer Berlin, when every single breath is a celebration of life. Scenes keep flashing back - barbecuing in the park, playing ball with the family, parading through the city for Gay Pride or the Carnival of Cultures.

Now the city looks grey and repulsive. Streets are empty; even rats stay hidden in the sewers, searching for warmth. Meanwhile, anyone who needs to get somewhere in this darned widespread city, waiting for that bus or tram that never arrives, is exposed to Berlin's cruel temperatures. 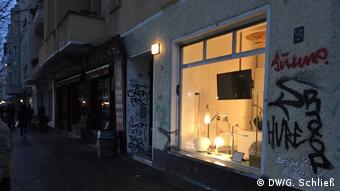 At least a few shops are lit in the winter

During the holidays, it was at least possible to find some consolation and distraction with spiced mulled wine and kitschy Christmas lights. But now Christmas is long gone.

The only lights left

The last lights left flashing are from police cars. Security measures have increased in the city's streets, not only because of the devastating Christmas market attack in December, but also because crime generally rises when it is protected by the long, dark nights. 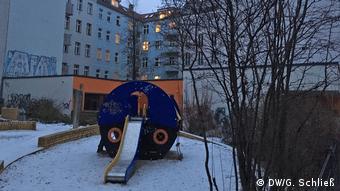 Parks aren't as fun in the winter

My neighbor here in Prenzlauer Berg shocked me when she told me that a man had followed her on her way home from the tram station and started physically harassing her. She didn't have pepper spray with her. She screamed in panic and her intimidator fled.

A few days later, I met a colleague at the gym near Gendarmenmarkt. Nothing had happened to her yet, but she still felt unsure. Both women have now signed up for a self-defense course.

This all deepens winter depression. For those who can't afford a second house in the Maldives, there aren't many options left but to hold on to the words of my dear taxi driver: "Summer is more fun."

The Berlin fashion scene hasn't seen much international success - yet. DW columnist Gero Schliess says there more potential to be tapped into - if the fashion and start-up scenes start collaborating. (22.01.2017)