Ferhat Bouda is a photographer on a mission. His goal: to preserve Berber culture and celebrate its strong women. His images are as impressive as his life. 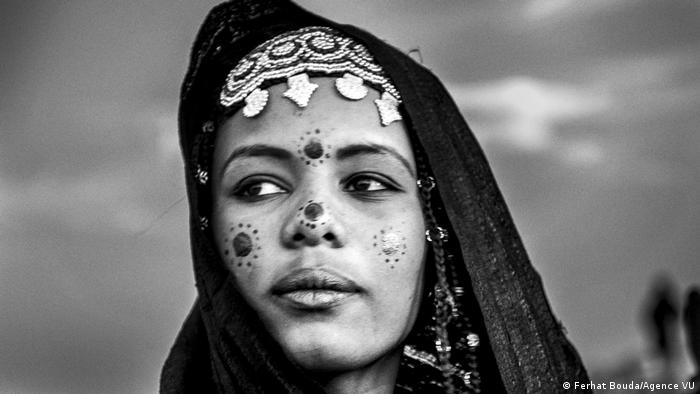 A young woman in a traditional garment of the Touareg kneels on the ground and cleans a rifle, a cap resting military-style on her head. It's a disarming image of a Tuareg policewoman in Northern Mali taken by the photographer Ferhat Bouda.

"I did not choose photography for fun," Bouda says as he sits in his studio and talks via webcam. His voice is warm, his words passionate. A large cork bulletin is mounted on the wall behind him. Bouda has pinned some of his photos on the board, all of them are black and white.

"I chose it because I want to do something for my culture," he says of his photographs. "The culture of the Berber people, or Imazighen, as we call ourselves."

Born in Kabylia in northern Algeria, Ferhat Bouda grew up in the village of Bouzeguene. Speaking the Berber language, his mother tongue, was not permitted in school. In 2000, Ferhat Bouda left his family in Algeria and went to Paris, hoping to study film.

"My grandmother could not even understand what was on the television in Algeria because all the programs were in Arabic," he says. "I wanted to make films for her, in her language." 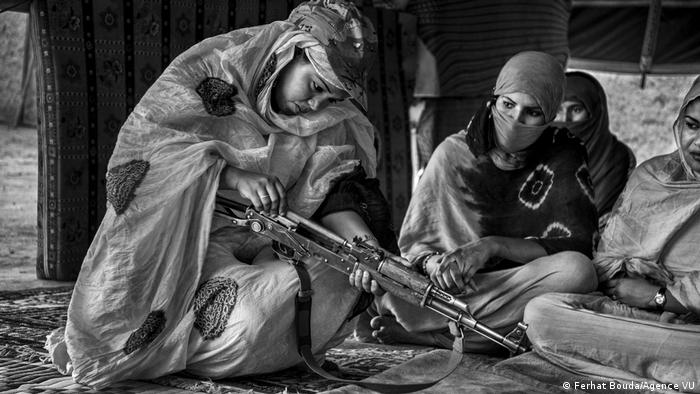 'Female Warrior': Bouda captured this young Tuareg woman who works as a policewoman in Northern Mali

In Paris he turned from film to photography, and five years later moved to Frankfurt with his wife. His goal has remained unchanged: For the past 10 years, Bouda has been documenting the lives of the Imazighen peoples who live all over Western Africa. Also referred to as Berbers, they have populated a territory stretching from Algeria to Burkina Faso for the past 2,500 years.

The artist photographs the people he meets and documents their way of life. His aim is to capture Berber culture past and present on film as a means of preserving it for the future. "That is the whole point: I want to make these pictures into a book, and for this book to sit in libraries in Bavaria, in Berlin, in New York."

He may be one step closer to this goal. Bouda was awarded the Ellen Auerbach Fellowship for Photography in 2020, which includes a grant of €20,000 ($23,700). The fellowship is awarded every two years by Berlin's Akademie der Künste, the esteemed arts institution founded in the 17th century. 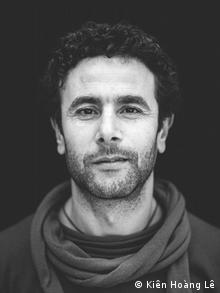 Ferhat Bouda: 'I want to do something for my culture'

And he is. In 2022 Ferhat Bouda's work will be shown in Frankfurt, and he plans to publish a book of his photographs alongside the exhibition. A book that will include the photo of the policewoman in Northern Mali, as well as a portrait of the young Tuareg woman whom he photographed at a wedding in Agadez, a city in the West African country of Niger.

"I wanted to portray a Tuareg woman," he explains. "In the countries where they live, polygamy is quite common, but they would never agree to that."

When a Tuareg woman says no, she means no, he says. "It is the woman who chooses her husband, not the other way around. Once I asked a Tuareg man whether I could take photos; he could not give me a clear answer, he hummed and hawed. It took me a while to understand that he had to ask his wife first."

"Tuareg women are so proud," he adds. "And they are beautiful. That is what I wanted to capture."

There is a heaviness but also urgency to his voice as he continues. "That is what I am doing here. To make sure that this culture doesn't disappear." He says it in French then repeats it in German: "To make sure that we will not have disappeared one day."