Netanyahu has said the allegations against him "don't hold water." The Likud party has backed the prime minister, who is accused of receiving $300,000 in gifts from billionaire friends. 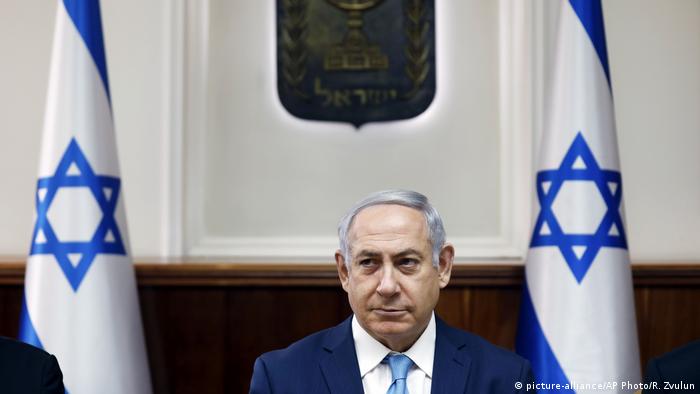 Israeli Prime Minister Benjamin Netanyahu responded on Wednesday to allegations of corruption leveled against him by the Israeli police, labeling them "biased and extreme."

The veteran prime minister rejected calls for his resignation.

"I will continue to lead Israel responsibly and faithfully for as long as you, the citizens of Israel, choose me to lead you. I am certain that the truth will be revealed" he said in a televised event, shortly after the police announcement was made.

Police investigators released their recommendation for an indictment on Tuesday, alleging that Netanyahu had accepted nearly $300,000 in gifts from two billionaire friends and that, in exchange, the prime minister had helped them with visa matters, tax breaks and business connections.

Netanyahu dismissed the notion that there were grounds for him to step down or call on voters to reaffirm their support for him: "I want to reassure you, the coalition is stable. No one, not I, not anyone else, has plans to go to an election. We will continue to work with you for the good of Israel's citizens until the end of the term."

Culture Minister Miri Regev explained that the gifts Netanyahu received did not reflect a corruption offense but merely "relations between friends." In an interview with Israeli Radio, she reminded listeners that Netanyahu was not obligated to resign.

"You're allowed to receive presents from friends. To talk about bribery, you've got to point to something that was really done, not just words," she added.

Israeli opposition politicians, on the other hand, renewed calls for Netanyahu to resign in the wake of the police recommendation.

Labor Party leader Avi Gabbay urged Netanyahu's coalition party allies to choose between supporting the prime minister and upholding the rule of law, declaring that "the Netanyahu era is over."

"It is the duty of every decent public figure to strengthen the police and the law and to act to end the path of the government headed by Netanyahu," Gabbay wrote on Twitter.

The attorney general's office will have to decide whether to press formal charges against the prime minister. The process could take weeks or months.