Parliamentary elections are being held in the West African nation of Benin. But voters could only choose among candidates allied with President Patrice Talon. The people of Benin voted on Sunday in parliamentary elections where opposition candidates were completely absent, leaving only two parties allied with President Patrice Talon on the ballot paper.

Turnout was low after opposition parties, which were excluded from the elections by tough new rules that classed their candidates as ineligible to stand, called on their supporters to boycott the polls in protest.

The capital, Cotonou, has seen protests in the past several weeks despite bans on demonstrations, with rights groups warning of a crackdown on democracy. Internet access was restricted or even shut down entirely in some opposition-dominated areas in the run-up to the election. 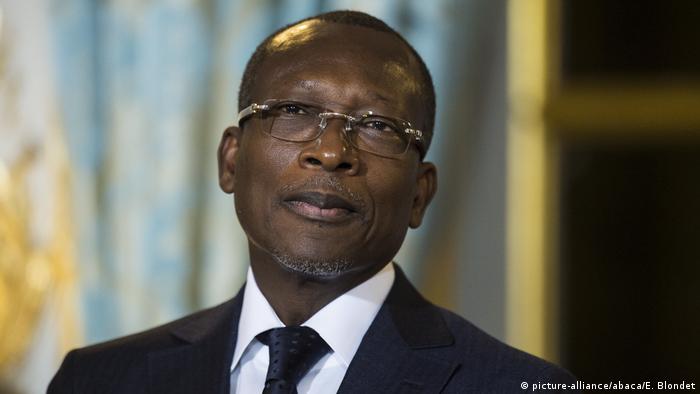 Talon is a former businessman who came to power in 2016

Activists and journalists have been arrested under the protest bans, prompting Amnesty International to speak of an "alarming" situation.

The apparent move toward authoritarianism comes in a country that was once seen as a model for democracy, with 20 parties taking part in elections five years ago.

President Talon, who has portrayed himself as a leader wanting to reform and modernize Benin, has said the new electoral rules on admissibility would simplify the country's political landscape, which features more than 250 parties in a nation of some 12 million people.

Critics say the rules are too harsh and bureaucratic.

Benin remains one of the most impoverished nations in the world, with the World Bank estimating in 2014 that 40% of the population lived under the poverty line.