Salah Abdeslam, believed to be the sole surviving attacker of the November 13 Paris terror attacks, has been handed over to French authorities. He was arrested in Belgium in March. 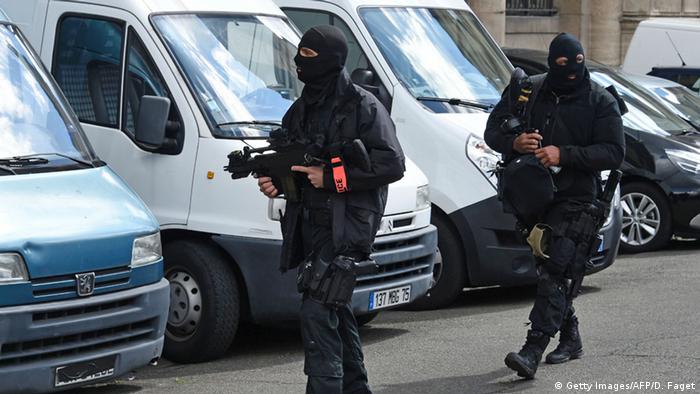 After being held by Belgian authorities for over a month, Salah Abdeslam was handed over to French authorities on Wednesday to face charges in connection with the November 13 terror attacks in Paris.

"Within the framework of the Paris attacks of the 13th of November 2015, Salah Abdeslam has been surrendered to the French authorities this morning," a statement from Belgian federal prosecutors read.

"He will be presented to judges during the day with a view to being charged. The prosecution will request his placement in temporary detention," the statement added.

Abdeslam was arrested a few days before the March 22 attacks in Brussels and held at a high-security cell at a jail in Beveren near Antwerp. Belgian police have questioned him over his role in those attacks as well, but he exercised his right to remain silent for the most part.

French lawyer, Frank Berton, who will lead Abdelsam's defense, said on Wednesday that his client was ready to cooperate, adding that he "wants to explain his route to radicalization."

In the Paris attacks, 130 people were killed. Abdeslam is thought to be the last surviving member of the group that carried out the attack. Thirty-two people were also killed in the Brussels bombings, which occurred just days after Abdeslam was taken into police custody. Authorities believe those attacks were carried out by militants with links to the same "Islamic State" (IS) cell as those behind the attacks in Paris.

According to Abdeslam's brother, Mohamed Abdeslam, Salah "voluntarily chose not to blow himself up" during the Paris attacks, which likely would have increased the death toll.

Abdeslam, a Belgian-born French national, reportedly told his brother that he hadn't been involved in the blasts in Brussels, but investigators say he has connections to at least two of the attackers.

Abdeslam's fingerprints were found at the Brussels flat rented by Khalid El-Bakraoui, who blew himself up at Maelbeek metro station. Police say one of the two airport bombers, Najim Laachraoui, drove to Hungary with Abdeslam in September.