To fend off social isolation resulting from deafness, Beethoven used conversational notebooks to communicate. The 139 books offer insights into cultural history - and an into an enigmatic artist. 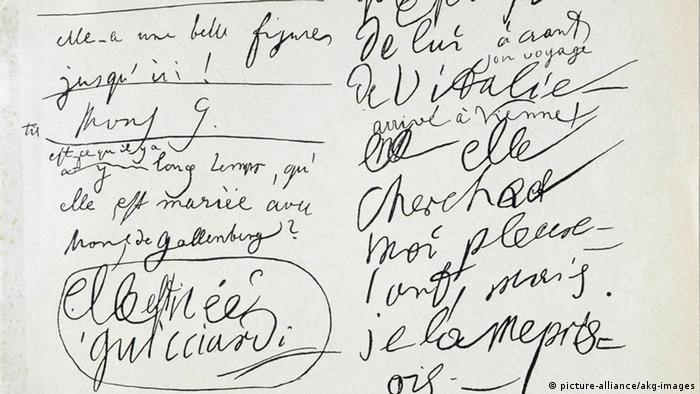 Beethoven's friend Gerhard von Breuning wrote in his memoirs that a "conversation notebook including a pencil" was always at the ready for Beethoven's visitors to write down their thoughts and comments. The composer would read them and then respond orally. But Beethoven also used the notebooks to jot down his musical brainstorms and other musings.

The conversation books lend insight into Beethoven's compositional process, and they bring the people around him into sharper focus. For musicologist and Beethoven researcher Emil Platen, the notebooks are an invaluable treasure.

"They are extremely important for understanding Beethoven's biography," he said. "They shed a lot of light onto his personal circumstances from 1818 until his death." 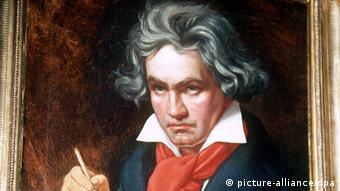 Mundane occurrences are recorded in the books side by side with significant musical events.

"The writings are often just about food, or problems with the servants, and later, about illness and attempts at treatment," Platen noted. "But then things appear about then contemporary cultural and social affairs in Vienna."

For instance, on two opposing pages of one book, there's an invoice for wine, veal and oysters, and on the other, notes on the "Et vitam venturi saeculi" credo from Beethoven's mass "Missa Solemnis."

The documentary value of the notebooks was long considered questionable. Following Beethoven's death, they landed - presumably unlawfully - in the hands of Anton Schindler, the composer's assistant in the last years of his life and his first biographer. 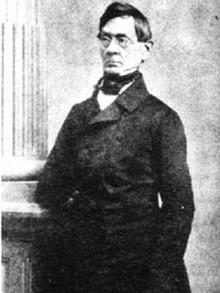 While preparing his Beethoven biography, Schindler appropriated the notebooks with little respect for boundaries. He destroyed many of the notebooks and added imagined talks with Beethoven, thereby portraying himself as the one to whom the composer entrusted his wishes about the performance style and tempo of his works.

Even back then, contemporaries suspected Schindler of having manipulated the manuscripts, but it wasn't until the 20th century that investigative talents managed to uncover numerous untruths.

Among Beethoven's visitors who wrote down their comments in the notebooks were the composer's friends, his brother Johann, his nephew Karl, and famous contemporaries, including poet Franz Grillparzer, composers Carl Czerny and Gioachino Rossini, and piano Wunderkind Franz Liszt, who was only 11 years old at the time.

Since Beethoven normally formulated his questions and responses orally, the notebooks read like transcriptions of telephone conversations, in which only one end of the discussion is recorded - in this case, not Beethoven's. One can only speculate on his contributions to the conversations.

The conversation books also reflect Beethoven's erudition. Literary preferences are discussed - from authors of classical antiquity, such as Homer, Plutarch and Plato, to Shakespeare, Rousseau, Goethe, Klopstock, Lessing and Schiller. And smack in the middle of his work on "Missa Solemnis," Beethoven stuck a sentence in a conversation book on February 1, 1820, from Kant's "Critique of Practical Reason" - one that had become a motto for living and composing for the enlightened Beethoven: "The moral law within us, the starry heaven above us - Kant!!!" 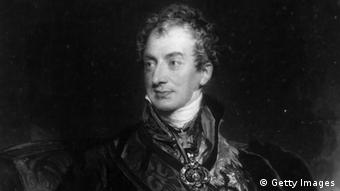 Many of the notes came about within Beethoven's highly political group of friends, who got together at a local wine tavern. There the group discussed politics and the consequences of the Congress of Vienna in particular. At the time, Vienna was suffering under the dictatorship of Klemens Wenzel von Metternich, who had established a police state. One in five people in Vienna served as a spy for Metternich.

Once, when Beethoven wanted to made a critical remark out loud, he was immediately silenced by a note made in one of the little books: "Some other time - Haensl the spy is here right now." In such moments, Beethoven would grab a pencil himself and write down his statement.

Long sections of the conversation books concentrate on the composer's works, with Beethoven presenting himself as a confident artist. "It's an eternal work," he wrote of the "Missa Solemnis."

When a visitor wrote in the winter of 1822-23 that artists should work with an eye to the spirit of their age, Beethoven responded by saying he would never do that: "Otherwise, all originality would disappear. I cannot shape my works to fit the latest fashion and tailor them according to people's wishes. The new and the original simply present themselves, without one pondering them." 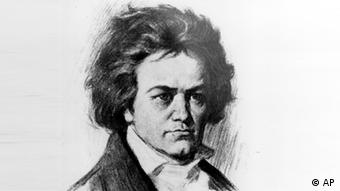 Beethoven was completely deaf at the end of his life

He wrote something similar in March 1820: "The world is a king, and it wants to be flattered - but true art has a mind of its own, not allowing itself to be forced into flattering forms."

When people informed him that an audience had reacted with incomprehension to one of his late string quartets - presumably the String Quartet No. 13, op. 130 - Beethoven made a curt "post" in response: "They'll like it at some point. I know; I am an artist."

Claude Debussy had strong links with the visual arts and the literature of his time. His music is unmistakably French, and 150 years after his birthday, sounds as refined and exquisite as ever. (21.08.2012)