The French actress has worked with greats likes Luis Bunuel and Roman Polanski, often playing bourgeois women who teeter on the edge. Celebrated as one of Europe's best actresses, she is not without controversy.

It's a shame that the movie The Short Night never materialized. Alfred Hitchcock was meant to direct it and Catherine Deneuve was meant to play the leading female role, but the project was canceled in 1979 due to the director's deteriorating health.

Deneuve would have joined the many legendary "blondes" that Hitchcock cast in his cinematic masterpieces. Others include Kim Novak, Grace Kelly and Tippi Hedren. It would have been exciting to see how the British-American director would have brought Deneuve and her talent to the big screen.

Deneuve, who is today revered as one of Europe's greatest film actors, was originally not blonde at all, but brunette. Director Roger Vadim insisted in 1963 that the then 20-year-old actress dye her hair blond for the role of the virtious Justine in Vice and Virtue. He said blonde hair would help her look more innocent. Vice and Virtue would become the Paris-born actresses' first notable role. 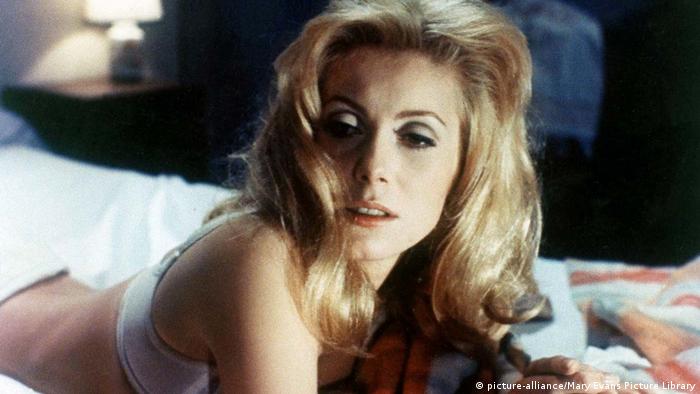 Three years earlier, she had perfected that particular shyness in the wonderful musical film The Umbrellas of Cherbourg. In 1965, sheoutdid herself as atortured young woman in the Roman Polanski thriller Repulsion. Along with Belle de Jour, these movies alone would have been enough to secure Deneuve a place of honor in movie history. Then she topped that in the late 60s with the masterpieces Mississippi Mermaid by Francois Truffaut and Tristana by Luis Bunuel.

She always relished playing roles that allowed her to give viewers a glimpse of the abyss hiding behind a bourgeois facade. In light of this, the actress was once asked what "bourgeois" meant to her.  One would have to define the word, she replied and shot back: "Because I left home when I was 16 and a half? Or because I made films with Polanski, Bunuel and Ferreri?" The young actress, courageous even then, stood by her daring roles.

A private and public persona 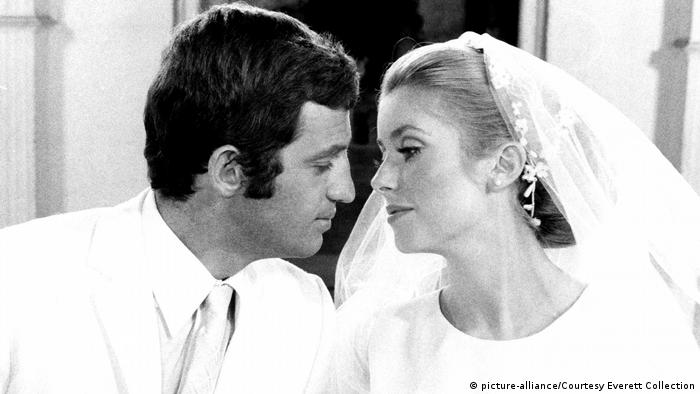 'Mississippi Mermaid' was adapted from a 1947 novel

She would later use this courage again and again. She didn't scare easily, she once said — perhaps in reaction to the early death of her sister Francoise Dorleac. They starred in a few films together before Dorleac died in a car accident in 1967. It was a shock for Deneuve, and one she recovered from only slowly — and it may have contributed to why she often seemed so unapproachable.

She gave interviews and allowed glimpses into her private life only sparingly, and she kept her distance from the gossip of the tabloids. Yet,one cannot say that she shied away from publicity. She got undressed for Playboy magazine and was the face of Chanel, L'Oreal and Yves Saint Laurent advertising campaigns.

Independent in rolces and on #MeToo

She has been committed to the fight against abortion and the death penalty, as well as numerous other social issues. Most recently, she spoke out on the #MeToo debate, though not in a manner many might have expected. Deneuve was one of the initiators of an open letter directed against the growing breadth of the campaign, and her statements offended many women.

Even this seemed to fit in with who she was: Deneuve always attached great importance to her independence. The roles she chose to play in later years are proof. Cinematic masterpieces were fewer and more far between than in her heyday in the 60s and 70s, but she still had plenty of great appearances in front of the cameras.

Unlike other stars, Deneuve never took a long break. She shot about 100 movies over the past decades, including Dancer in the Dark (2000) with director Lars von Trier, the comedies 8 Women (2002) and Potiche (2010) from director Francois Ozon, and others with French directors like Andre Techine and Benoit Jacquot. 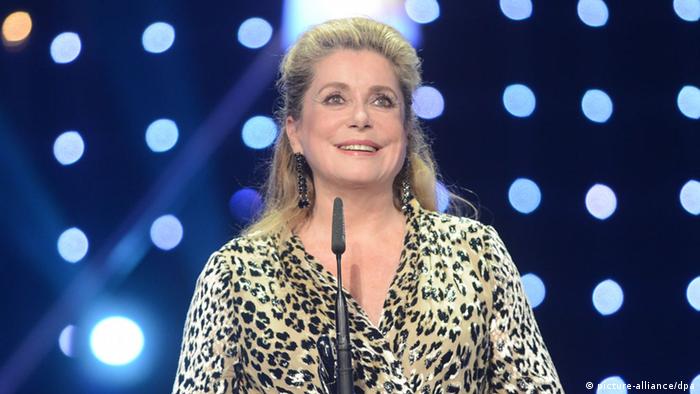 "Catherine Deneuve is more than beautiful. She bears a secret — one that lures audiences into darkened movie theaters in the hope that one day they will find out what it is," film publicist Adolf Heinzlmeier once said. "There, in the darkness of the movie theater, it will emerge and fly away as a dazzling purple butterfly."

October 22 is the 75th birthday of Catherine Deneuve — that great actress of French and European cinema. Her face was chosen in 1985 to personify France's national hero, Marianne, and busts bearing her likeness will adorn French town halls across the nation for years. There could hardly be a greater honor for an actress in the country where cinema was born.

The French actress, and the star conductor Riccardo Muti, are among those honored with the Praemium Imperiale. The Japanese award is often billed as the Nobel Prize for the Arts. (11.07.2018)

10 reasons why French comedies are so successful

A series of French comedy films have been drawing record audiences to cinemas across France - and the world. Here are 10 good reasons why they're so popular. (25.09.2015)

Brigitte Bardot, Catherine Deneuve, Jeanne Moreau: Hardly any other country has so many grandes dames of cinema as France. Here are some of the country's most unforgettable artists — and those who might still become one. (16.03.2018)