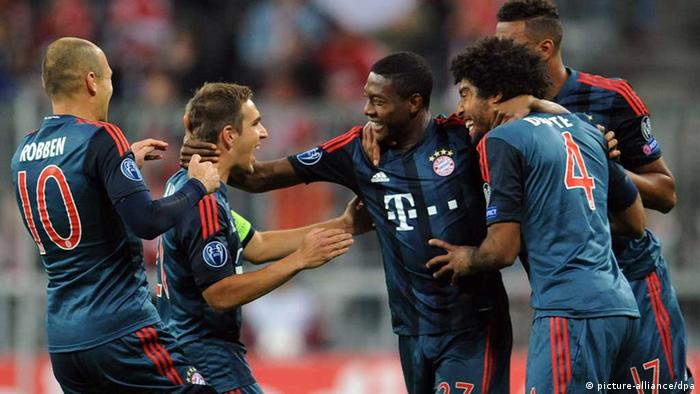 Bayern Munich players dominated the 2014 UEFA Team of the Year chosen in a fan poll on the website of the European football ruling body on Friday.

Club captain and world champion Philipp Lahm, Austrian international left back David Alaba and Dutch winger Arjen Robben were all in the XI alongside goalkeeper Manuel Neuer - who is also in line for the coveted FIFA Ballon d’Or award.

Neuer is third favorite for Sunday’s award behind Barcelona forward Lionel Messi and Real Madrid player Cristiano Ronaldo, who got the most votes overall in the separate UEFA poll.

German world champion midfielder Toni Kroos was another Madrid 'Galactico' among the XI, but played the first half of the year at Bayern.

Toni Kroos was also selected as German Player of the Year in another poll conducted by the national team fan club, the German football federation DFB revealed.

Meanwhile on Friday, the Bayern Munich squad held its first training session in Doha, Qatar, as the defending champion continued preparations for its return to Bundesliga action at second-placed Wolfsburg on January 30th.

Lahm though remained in Munich along with other long-term injury casualty, midfielder Thiago.