Bavaria is hoping for Arab tourists

For years, Arab tourists were part of everyday life in many German cities, including Munich. Due to the coronavirus crisis, the wealthy guests from the Gulf States have so far been absent this year. But there is hope. 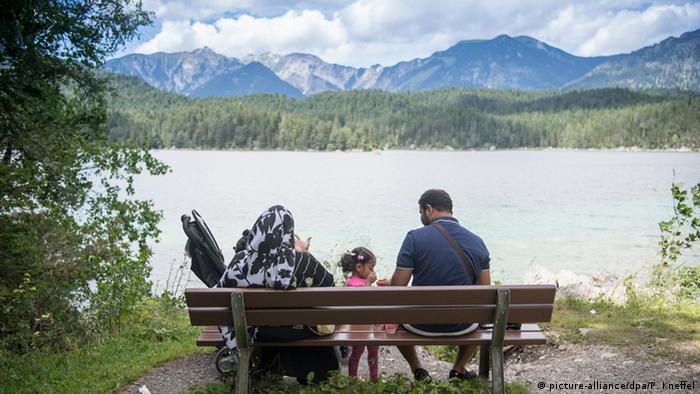 Arab tourists love Bavaria. For years, visitors from the wealthy Gulf States have been coming to Germany to escape the unbearably hot summers in their homeland. And they are very welcome, because they bring money — a lot of money.

To make the wealthy clientele feel at home, German hoteliers have spared no expense or effort: They have hired Arabic-speaking staff, adapted their menus and expanded the TV program to include Arab channels. Some hotels even placed arrows in a few of their rooms pointing towards Mecca to make prayer easier for their guests.

But due to the COVID-19 crisis, guests from the Gulf region are currently staying away. Without a valid reason they are not allowed to enter Germany.

This has hit Munich particularly hard. The Bavarian capital is by far the most popular destination for Arab tourists. Nearly 530,000 overnight stays by guests from the Gulf States were counted here in 2019, putting them just behind the USA, Great Britain, and Italy in an international comparison.

"They play a very important role for us," says Robert Leckel, who leads the Arab section of the marketing organization München Tourismus. "As paying guests, they are an important factor and are now also part of Munich's city society during the summer," says Leckel. This makes it even more painful that they are not allowed to come now. 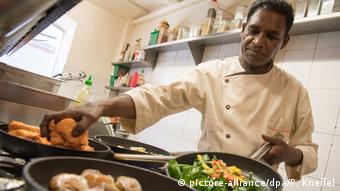 There is nevertheless a glimmer of hope for the tourism industry: coronavirus infections are declining rapidly in almost all Gulf States. At the end of July, the United Arab Emirates were already removed from the list of risk areas. Robert Leckel nevertheless remains cautious: "At the moment we cannot yet estimate whether this will be enough to bring the Arab tourists back here soon." In any case, he says, the interest in Germany is undiminished. This is evident in social media activities.

The Alps rather than the desert

Guests from the Arab peninsula appreciate Germany above all for its comparatively mild climate. The Alpine region is especially popular as a contrast to the native desert landscapes. Here it is green, the numerous lakes offer cool relief, and in the mountains, you can marvel at something that you usually only know from television: snow. Besides southern Germany, Switzerland and the province of Salzburg are therefore also popular with tourists from the Gulf region. 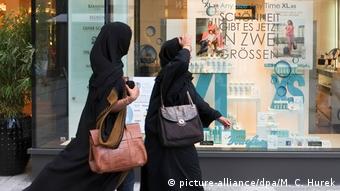 Shopping is the favorite activity of Arab tourists in Germany

Their favorite activity by far, however, is shopping, explains Robert Leckel of München Tourismus. This is another reason why they like Munich so much. "Here shopping is great, the city center is manageable, everything can be comfortably reached on foot. That is especially important to the Arab guests," he explains.

Another important reason for many Arabs to come is because Germany is safe. They can move freely here and — most importantly — dress as they wish: Because unlike in France or the Netherlands, for example, there is no burqa ban here. 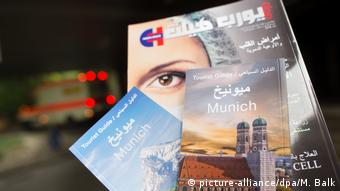 Medical tourists are a financial blessing for German clinics

For a long time, however, the initial reason for many Arabs travelling to Germany was a different one. Most came to get medical treatment here. Since the Gulf States are rich but have a comparatively weak health system, they generously subsidized hospital stays abroad.

For German clinics this was a real windfall. But in recent years, fewer and fewer guests have come for medical treatment — even to Munich: "Medical tourism is still an important reason for tourists from the Gulf States to travel. But demand has declined in recent years," says Robert Leckel.

The global financial crisis hit the Gulf States hard. They cut subsidies for hospital stays abroad and tried to establish a functioning healthcare system in their own countries — but with only moderate success. Therefore there were still plenty of medical tourists coming to Germany. However, the coronavirus pandemic could change this in the long term. After all, the number of patients coming from the Gulf States traditionally depends heavily on the political and economic situation in their home countries . And this is currently catastrophic in the region , especially due to the temporary collapse of the price of oil.

This could also dampen the expectations of the German National Tourist Board (GNTB). In its forecast for 2030, it had still considered the Middle East to be the fastest growing source market. The GNTB had estimated that the volume of travel to Germany from the region would triple by then.

However, given the serious impact of the current coronavirus crisis on the region, such growth will hardly be possible.

"Whether the long-term potential of 3.6 million overnight stays from the region can be realized depends on political and economic developments, but also on how quickly international tourism recovers from the COVID-19 crisis," a spokesperson for the GNTB told DW.  Overnight stays are not expected to return to pre-corona levels until 2023.