German chemicals giant BASF has said it's had a slow start to the new business year. But despite a rather cautious outlook, the Ludwigshafen-based company said it would increase the dividend payout to shareholders. 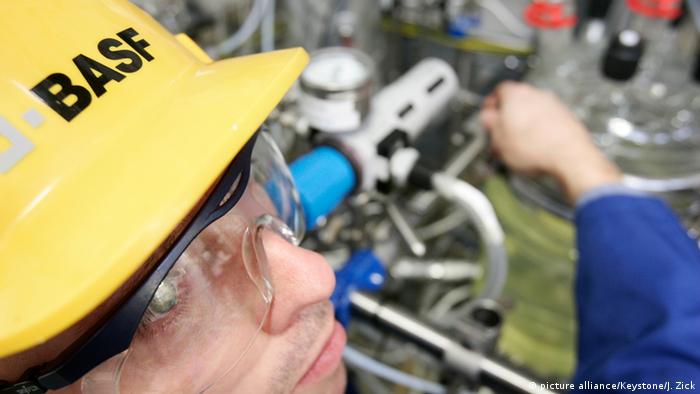 The world's largest chemicals firm announced Friday it was expecting lower profits throughout 2016.

"The year has got off to a slow start, particularly because of the economic slowdown in China," BASF Chief Executive Kurt Bock said in a statement.

He added he expected the company's revenue to drop considerably this year, following the firm's exit from its gas trading and storage business.

BASF and Russia's Gazprom had agreed to an asset swap, with the German company further expanding its production of oil and gas while stopping gas trading and storage activities.

BASF confirmed a January report according to which its bottom-line profit for last year dropped by a staggering 23 percent to roughly 4 billion euros ($4.4 billion).

Despite the dip in profit last year, BASF said Friday it would aim to increase the dividend per share by 0.10 euros to 2.90 euros per share for 2015.

The Ludwigshafen-based company looks set to face more competition this year against the backdrop of a planned merger of US chemicals giants DuPont and Dow Chemical.