Bangladesh has reinstalled a controversial sculpture days after removing it from the Supreme Court’s building. The Lady Justice statue, deemed un-Islamic by religious groups, has now been placed at a different location. 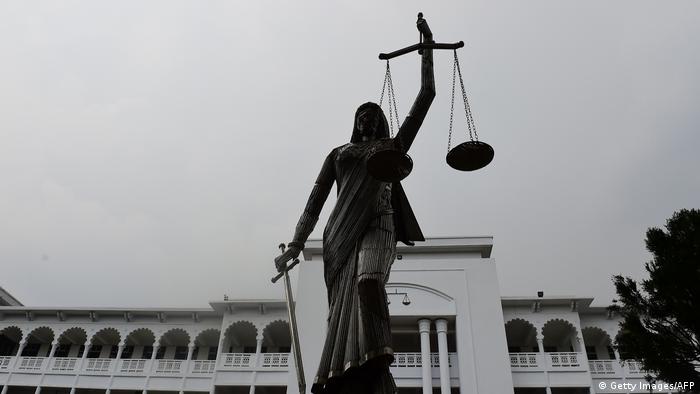 The Lady Justice sculpture, clad in Bangladeshi sari, blindfolded and holding scales, was placed in the Supreme Court's premises six months ago.

After religious hardliners objected to the statue, which they said was based on the Roman goddess Justitia and the Greek goddess Themis, officials removed it early Friday.

The government's decision to remove the statue angered the South Asian country's liberal and secular groups, who demanded its immediate reinstallation. Civil society organizations slammed authorities for bowing to the Islamist pressure. They also say that Hasina is trying to woo religious voters before a general election expected next year. 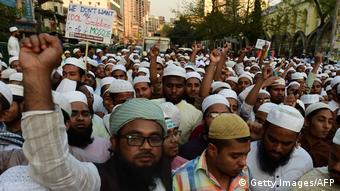 The Lady Justice has now been reinstalled, but at a different location.

"I was asked to relocate the statue to the new site," Mrinal Haque, the sculptor, told reporters on Sunday.

"We have just placed the sculpture in front of the Annex Building of the Supreme Court (in the capital Dhaka)," Haque told the AFP news agency, adding that the new location was at the back of the top court's building, away from people's sight.

Bangladesh has a secular constitution but radical Islamists have gained strength in the country in the past few years.

Religious hardliners continue to attack liberal bloggers and rights activists in the country. Militant groups such as al-Qaida and the self-styled "Islamic State” have increased their presence in Bangladesh, with authorities blaming them for a number of terrorist attacks on civilians, religious minorities, foreigners and security forces.