Bangladesh launches ′Philippine-style′ war on drugs | Asia| An in-depth look at news from across the continent | DW | 21.05.2018

Security forces have killed at least 26 alleged dealers in the past few days. The anti-drug operations, which some experts say are similar to the raids in the Philippines, have been slammed by rights activists. 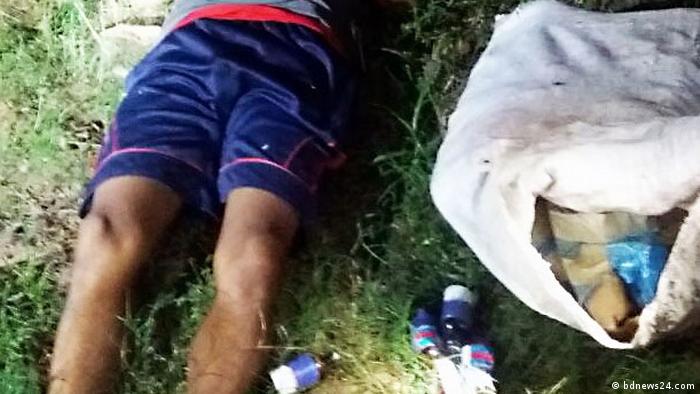 Security forces claim that 26 suspected drug dealers were killed during several raids in different parts of Bangladesh. At least nine suspected traffickers were killed on Monday alone in the government's crackdown on the "drug menace."

Bangladeshi authorities have increasingly focused their attention on illegal drugs, particularly yaba, a mixture of caffeine and methamphetamine. Anti-narcotics officials said they seized a record 40 million yaba pills last year but admitted that an estimated 250-300 million pills entered the market. An official at Dhaka's Department of Narcotics Control said about $600 million (€509 million) worth of yaba, which is popular with the youth, could be consumed in Bangladesh this year.

Thousands of alleged dealers have also been arrested in an aggressive campaign that some analysts have compared to President Rodrigo Duterte's controversial war on drugs in the Philippines. 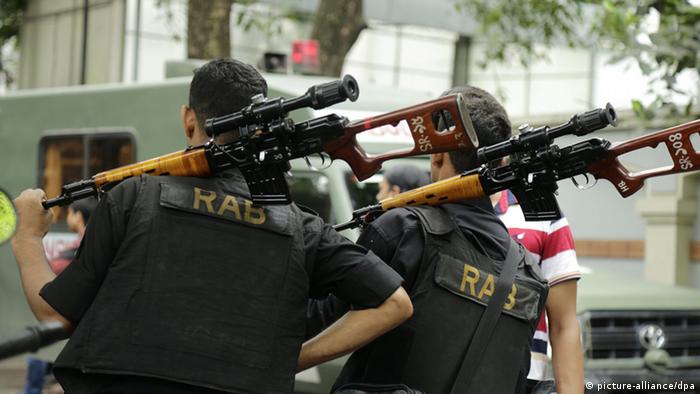 Human rights groups criticize RAB for excessive use of force

Human rights activists say more than 12,000 suspected drug users and dealers, mostly from poor families, have been killed in Duterte's drug war. They also accuse the Philippine security forces of killing many innocent people during their anti-drug drive.

"The recent killings were cold-blooded murders by police and the elite security force Rapid Action Battalion (RAB)," Tasneem Khalil, a Bangladeshi-Swedish journalist, told DW. "I'm not sure how the killings of suspected drug dealers will benefit PM Hasina's party in the country's upcoming elections, but she, of course, is following Duterte's steps," he added.

"By killing suspects during raids, the security forces are violating the country's legal system. These actions will promote a culture of arbitrariness in society," Rahman told DW, adding that "extrajudicial killings are unacceptable in a democratic country."

"The authorities must respect human rights and respect the rule of law during their operations," he added.

Nasiruddin Elan, an expert at Odhikar rights organization, told the AFP news agency that the families of the people killed in police raids also spoke of "extrajudicial killings."

Bangladesh has been struggling with yaba smuggling on its southeastern border with Myanmar, where the drug is being manufactured in large quantities.

Government officials say the bulk of the drugs were brought to Bangladesh last year by Rohingya refugees fleeing a military crackdown in Myanmar. Drug traffickers used some refugees as mules, the authorities claimed.

Tasneem Khalil called the anti-drug campaign in Bangladesh a hoax because a number of big dealers are linked to Prime Minister Hasina's Awami League party.

"One of the most notorious drug godfathers in the country, known as 'Yaba Emperor,' is an Awami League member of parliament. He controls the drug trade on the southeastern border of the country," Khalil said, adding that the only way to tackle the issue would be an across-the-board operation.

"That, unfortunately, is not a priority with PM Hasina," he said.

"We were compelled to fire back when they fired at us," a RAB officer said.

Local and international human rights groups have criticized the battalion for using excessive force and committing extrajudicial killings, a charge denied by the government.