The former military leader was hanged in the early hours of Sunday. He was believed to have been hiding in India before being arrested last week. 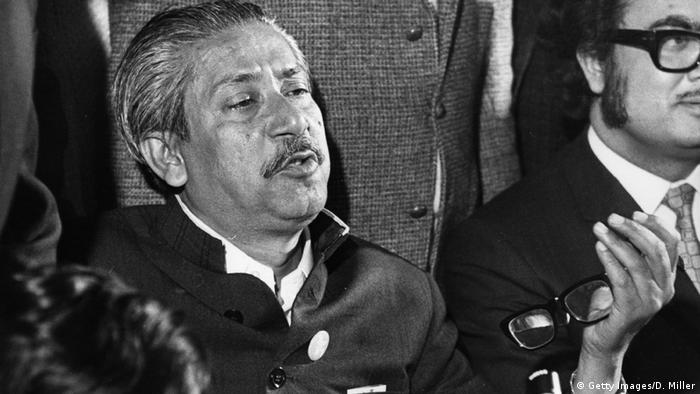 Bangladesh has executed the assassin of the country's founding leader Sheikh Mujibur Rehman, who was killed during a military coup in 1975.

Former military leader Abdul Majed was hanged at the Dhaka Central Jail in the early hours of Sunday. He met with his wife and four relatives on Friday, after President Abdul Hamid rejected his mercy plea on Thursday.

He was arrested in Dhaka on Tuesday this week, in what Home Minister Asaduzzaman Khan said was "the biggest gift" for Bangladesh this year. He was believed to have spent many years hiding in India.

Majed was convicted in 1998, along with a dozen other officers. The Supreme Court of Bangladesh upheld the sentence in 2009, and five of the officers were executed several months later.

Rehman and most of his family were killed in the military coup. His daughter, Sheikh Hasina serves as the current prime minister of Bangladesh.

After the coup, Majed was given important diplomatic positions under the successive governments. An indemnity law enacted by the post-coup government prevented a prosecution of the killers. This law was overturned in 1996, when Hasina came to power.

Former East Pakistan became independent Bangladesh in 1971 after a nine-month freedom struggle, under the leadership of Sheikh Mujibur Rehman.

Bangladesh's president has refused to pardon two opposition leaders who were sentenced to death for committing war crimes during Bangladesh's war of independence in 1971. They can now be executed at any time. (21.11.2015)