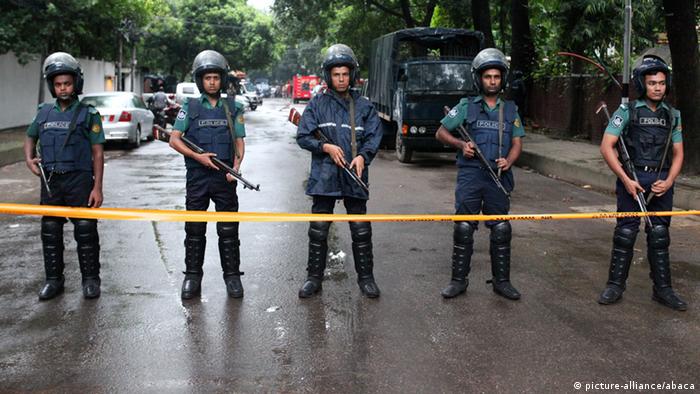 An anti-terrorist tribunal in Bangladesh sentenced seven members of a banned Islamist militant group to death on Wednesday.

The group were involved in an attack on a Dhaka cafe in July 2016, which killed 20 people, including many foreigners.

"Charges against them were proved beyond any doubt. The court gave them the highest punishment," public persecutor Golam Sarwar Khan told reporters after the verdict was announced in Dhaka.

One of the eight men accused was acquitted. The men were accused of plotting the attack, including using firearms, financing terrorism and making bombs.

They belong to the group Jamaat-ul-Mujahideen Bangladesh, a group that seeks to establish sharia law in the mostly Muslim country. 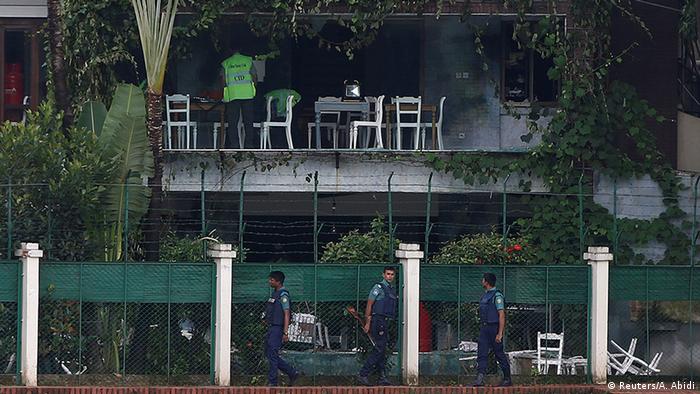 Site of the cafe where the Dhaka attack took place

On July 1, 2016, five militants stormed the Holey Artisan cafe in the Bangladeshi capital, a spot popular with foreign visitors in the city's diplomatic area.

They proceeded to hold diners hostage over a 12-hour siege. Of the twenty hostages who were killed, 17 were foreign nationals, including nine Italians and seven Japanese citizens.

Two police officers were also killed before police managed to enter the cafe, killing all five militants and one associate in their effort to free the hostages.

The full verdict was not immediately available on Wednesday and the defendants, who maintain their innocence, can appeal the verdict.