One of the leaders of the worst terror attack in the country's history was shot dead during a police operation. The siege of the Holey Artisan Bakery claimed 29 lives, most of them foreigners. 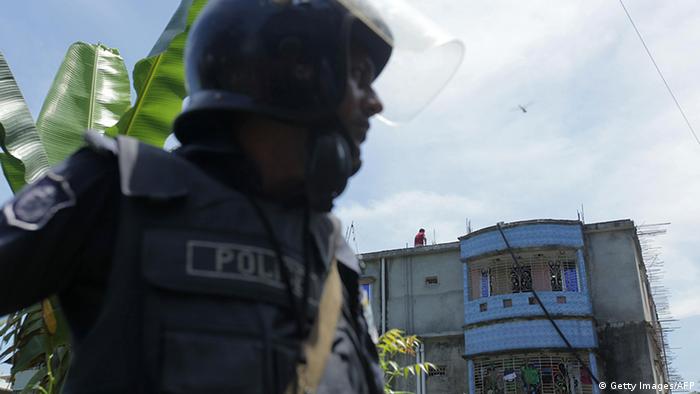 Authorities in Bangladesh shot dead two extremists in a pre-dawn raid in Dhaka on Friday. Police said this included Nurul Islam Marzan, who was "one of the masterminds" behind a siege that killed 29 people, including 18 foreigners, at a bakery in July 2016.

JMB has been blamed for the attack on Holey Artisan Bakery in Dhaka's Gulshan district, the worst terrorist attack in the country's history. Twenty hostages were shot or hacked to death, as well as two bakery workers, two policemen, and five of the gunmen.

"Along with Tamim (Ahmed Chowdhury), Marzan planned the Gulshan attack," said Khan, referring to the Canadian national of Bangladeshi heritage whom police have said was the leader behind the siege.

Investigators believed that Marzan was the operational commander behind the attack on Chowdhury's orders, Khan added. Chowdhury was himself killed in a counterterrorism raid in August. 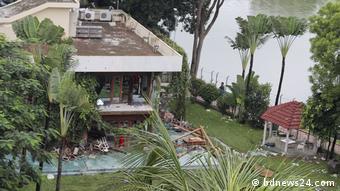 Although so-called "Islamic State" (IS) jihadis have claimed the bakery siege and a string of other smaller-scale attack on foreigners, Prime Minister Sheikh Hasina has disputed this. Citing the group's reputation for claiming attacks to which they have little or no connection, Hasina has blamed local militants. During a recent visit by US Secretary of State John Kerry, the diplomat also said that there was no evidence IS was operating in Bangladsh.

The Holey Artisan Bakery attack was followed by a deadly crackdown on extremism, as the secular Hasina government is determined to maintain Bangladesh's reputation as a moderate Muslim nation.

A court in Bangladesh has cleared a Canadian university student of involvement in a deadly terror attack on a cafe in July. The student was held for months for investigation. (05.10.2016)

Bangladesh's security personnel have killed a man they believe trained militants who attacked a cafe in the capital in July. At least 20 people, including foreigners, were killed in the strike. (03.09.2016)