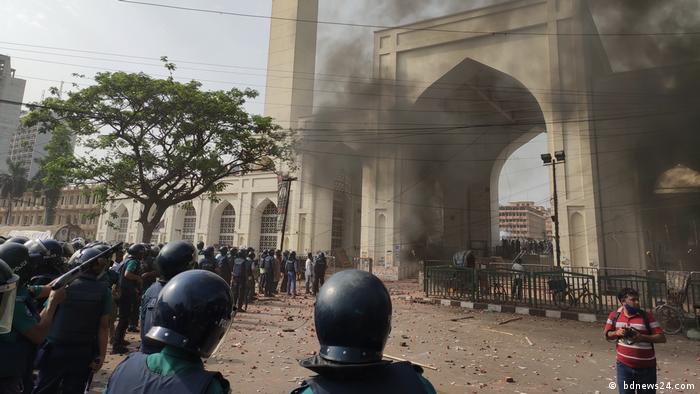 Four people were killed and dozens injured on Friday as demonstrators clashed with police in the Bangladeshi capital Dhaka and the port city of Chittagong.

Protests erupted against a visit to the country by Indian Prime Minister Narendra Modi. Demonstrators accused the right-wing leader of inciting anti-Muslim violence in India.

A police officer told Reuters news agency that eight people were hospitalized with gunshot wounds. "Among them, four succumbed to their injuries," Mohammad Alauddin told Reuters.

Media reports suggested the four were linked to Islamist groups.

The social media platform Facebook and its messaging app appeared to be down in some parts of Bangladesh. Activists typically use the app to organize protests. 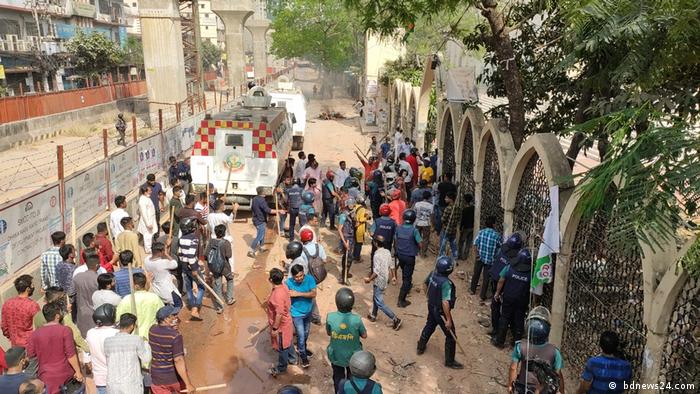 Authorities arrested at least 33 people for violence, according to the Associated Press

Witnesses said two groups of protesters clashed outside of Dhaka's main mosque after Friday prayers. An official told the Associated Press agency that members of several Islamist groups had joined the protests.

Members of the Islamist group Hefazat-e-Islam reportedly threw stones at the police and attacked government buildings, including a police station in Chattogram, local media reported.

Train communications were also disrupted as protesters set fire to offices of a railway station. 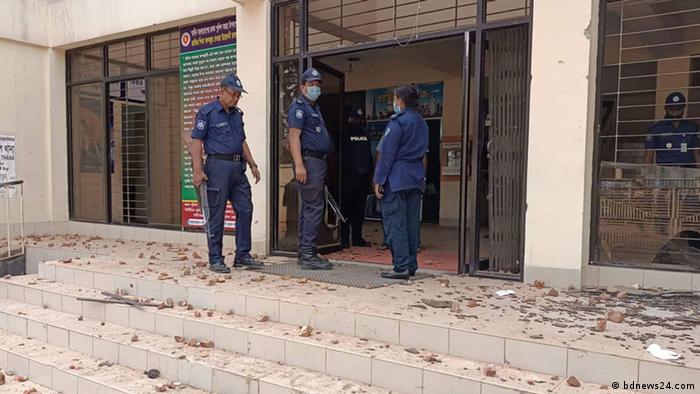 Protesters reportedly threw stones at a police station in Chattogram

The Indian prime minister landed in Dhaka on Friday for a two-day visit, celebrating five decades since Bangladesh gained independence from Pakistan.

Modi's trip also comes as he tries to gain grounds for his party in state-level elections. He is set to visit a Hindu temple outside Dhaka that is sacred to the Matua community in the Indian state West Bengal, which borders Bangladesh.

In 1971, India backed Bangladesh in a nine-month war against Pakistan, which killed nearly three million people.