Bailout ′undemocratic and unconstitutional′ | Germany| News and in-depth reporting from Berlin and beyond | DW | 30.06.2012

The European Stability Mechanism (ESM) and the Fiscal Pact have been approved by the German parliament. But thousands of Germans have joined forces to take legal action against these measures. 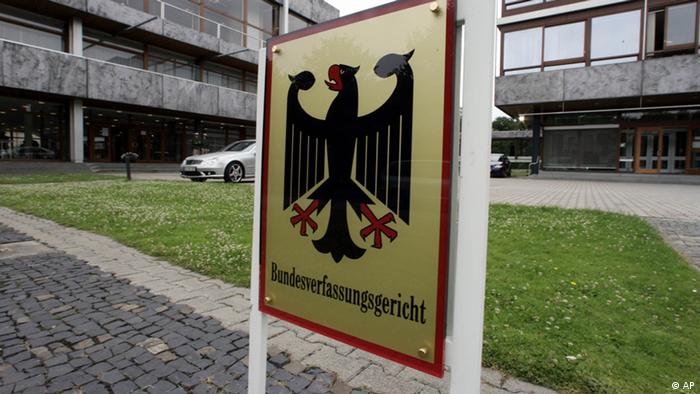 The Euro Stability Mechanism's capital stock of 700 billion euros is intended to provide a buffer against the convulsions of the euro debt crisis. The 17 signatory states will each pay a proportional amount into the ESM - irrevocably and without restrictions - or set the money aside to be handed over, if required.

Capital not yet paid in can be called on at any time by the Board of Governors, the main body of the ESM. And this Board, consisting of the respective members of governments with responsibility for financial matters, has the power to change the level of the authorized capital stock, i.e. increase it. The ESM can make loans and accept collateral from banks.

The signatory states came to an agreement on the ESM because, as is stated in the treaty, they are "committed to ensuring the financial stability of the euro area". 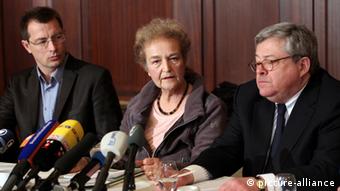 But opponents say that this should not be done at any cost, and using any means available. Dissenters are calling for more democracy, and there are a lot of them. More than 12,000 German citizens have joined "Mehr Demokratie" ["More Democracy"], the "Alliance for Constitutional Objections to the ESM and the Fiscal Pact".

They plan to file suits with the German Constitutional Court in Karlsruhe against the instruments being deployed to save the euro. Christoph Degenhart, a Leipzig-based expert on constitutional law, and Herta Däubler-Gmelin, a former federal justice minister, are spearheading the alliance, which also includes some of Germany's smaller political parties.

Another prominent critic is Peter Gauweiler, a parliamentary representative of the conservative Christian Social Union who has experience with lawsuits against euro bailout funds. He is fighting the bailout on two fronts: with a constitutional complaint, and with legal action against the federal government. He says, to date, parliament has not discussed the bill because important passages on the ESM are missing.

The Left party has launched a similar action against the government, and its delegates have also lodged constitutional complaints. 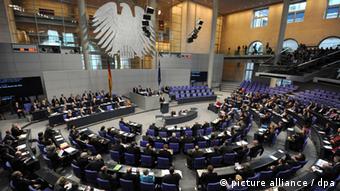 Was the German Bundestag sufficiently consulted?

”The fiscal pact and the permanent bailout package should be created in such a way that they conform to the constitutional principles of Germany and of Europe; that is to say, in consultation with their citizens,” Herta Däubler-Gmelin explained a few days before the parliamentary vote on the ESM and the fiscal pact.

Serious criticisms are being made that, on the one hand, it will mean abandoning the principle that no member state will have to guarantee the debts of another. On the other, according to a memorandum released by the eminent lawyer Christoph Degenhart, should the Board of Governors so decide, the member states would ultimately have unlimited liability, which is contrary to the German parliament's participation rights.

Degenhart's position is that the fiscal pact - which is intended to grant European institutions controlling powers over the budgets of member states - is thereby also eroding the budgetary sovereignty of the parliament. He goes on to say that the European Parliament also has no participation rights on such issues – despite the fact that there is criticism on all sides about the lack of democracy at the European Union level.

For a constitutional Europe 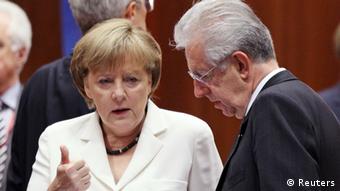 "We are very pro-Europe, but for a constitutional and democratic Europe," says Herta Däubler-Gmelin. However, she goes on to say that if sovereign powers of the German lower house of parliament, the Bundestag, were to be transferred, it should be to the democratically elected representatives, i.e. to the European Parliament.

The people spearheading the complaints draw the following conclusion from their criticisms: that measures to save the euro require democratic legitimization, both from parliament and from the people. Christoph Degenhart says that this also requires the strengthening of the rights of the European Parliament. In his memorandum he quotes the Lisbon verdict of the German Constitutional Court, which states that "an extensive transition to independent political sovereignty for the EU" can, according to German constitutional law, only take place "on the basis of the freedom of action of an autonomous people". 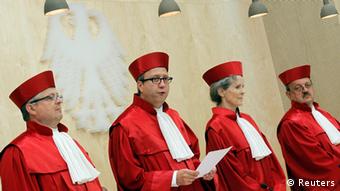 On Friday evening, immediately after the votes in the lower and upper houses of the German parliament, the constitutional court received not only the constitutional complaints and the lawsuits against the parliament but also the relevant applications for the remission of an interim decree. This is aimed at using interim legal protection to prevent German President Joachim Gauck from signing the laws before the Constitutional Court makes its decision, which would allow them to become law.

It is hard to say what prospects of success the legal actions have at the Court. On the one hand, the Federal Court of Justice - the country's second-highest court - has repeatedly made clear that the participatory rights of the Bundestag must be safeguarded, also and indeed especially with regard to plans to rescue the euro. On the other hand, economists tend to view the measures as constitutional.

Patrick Sensburg, a conservative Christian Democrat delegate and chairman of the Bundestag's Subcommittee on European Law, points to the explicit new regulations governing parliament's participatory rights with regard to the creation of the ESM. Sensburg believes these give no cause for complaint. "There was extensive participation of the plenary assembly," he says. "The Bundestag has to be consulted on all measures of stabilization aid; all such measures have to be put to the budgetary committee." Sensburg goes on to argue that the acquisition of bonds on the secondary market has also been examined and deemed legitimate by a special committee, and in 2011 the Constitutional Court accepted this as sufficient.

Germany's chancellor has left Brussels in a hurry after a key EU summit, ready for a pair of crucial parliamentary votes on European policy. She will hope the eurozone compromises don't put off domestic politicians. (29.06.2012)

Italy and Spain have lifted their objections to a deal on measures to promote growth reached at an EU summit. They had withheld their approval to back up demands for action to reduce their borrowing costs. (29.06.2012)