Bahrain's Shiite-led opposition has announced a boycott of the Gulf kingdom's upcoming parliamentary elections. The opposition accuses the reigning Sunni monarchy of manipulating elections to bolster its own power. 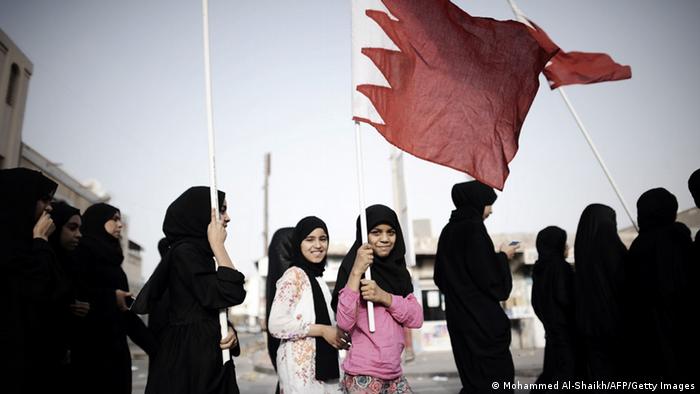 A coalition of Bahrain's four main opposition parties vowed on Saturday to stage peaceful protests instead of participating in the November parliamentary elections, accusing the Sunni monarchy of failing to heed calls for genuine democratic reform.

The Gulf kingdom's largest opposition party by membership, the Shiite movement known as al Wefaq, accused the royal family of "ignoring the legitimate demands of the people."

"This election is a government election," said Ali Salman, the head of al Wefaq. "We are boycotting because we want our legislative rights that still do not exist."

"The royal family retains all powers - executive, legislative and judicial, in addition to security, information and wealth," Salman said

Bahrain has been gripped by a tense political standoff since popular protests challenged the monarchy's power in February of 2011. Although the Gulf kingdom is ruled by an absolutist Sunni king, the overwhelming majority of the population is Shiite.

Backed by troops from neighboring Saudi Arabia, Bahrain's monarchy violently put down the nascent uprising, leaving at least 89 people dead. Hundreds of activists have been arrested and dozens have been tried for their involvement in the protest movement.

Al Wefaq withdrew its 18 representatives from parliament in protest against the lethal crackdown. Although the monarchy has proposed a national dialogue, the political opposition has reacted coolly, saying that King Hamad has not offered serious concessions.

Bahrain is a small island kingdom of 1.3 million people, located at a strategic crossroads between Saudi Arabia and Iran in the Persian Gulf. Bahrain is a crucial US ally in the region, hosting the American navy's Fifth Fleet.