Rights activist Nabeel Rajab has been accused of vilifying Bahrain's institutions. His trial highlights the challenges faced by the country - and shows that it's ill prepared to face the threat from the "Islamic State." 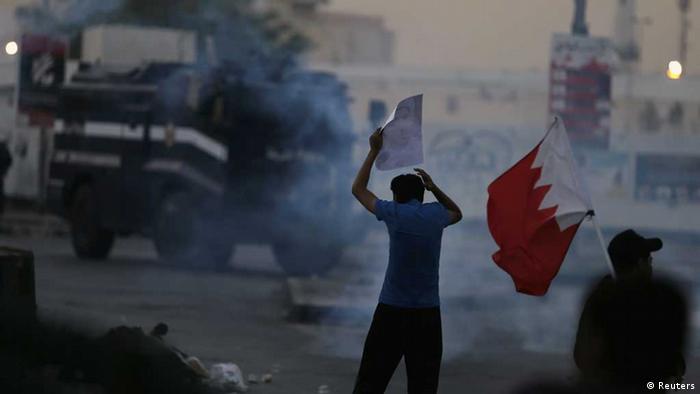 Nabeel Rajab has already spent two years in prison, and now a further term is imminent. On Tuesday, a Bahraini court will pronounce its verdict in the case of human rights activist Nabeel Rajab.

Rajab has been charged with insulting government institutions after tweeting that Bahraini security forces had joined the "Islamic State" terror militias in Iraq and Syria. He now faces a three-year jail sentence.

Rajab is one of the leading Shiite human rights activists, and he has been championing the rights of Bahrain's religious majority for years. He pointed out that the conflict affecting his country was not religious, but political. "It's about democracy, justice, equality, freedom. The people want democracy. They want a parliament which has actual power, they want an elected government," he told DW in an earlier interview.

Indeed, the ruling family in Bahrain has traditionally cracked down hard on the opposition: In November, Shiite politician Sheikh Ali Salman was detained, accused of instigating the overthrow of the government using "violence, threats and illegal means." 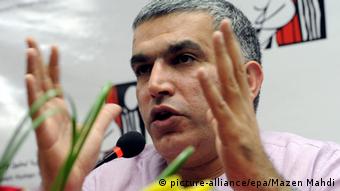 Rajab's trial concerns an existential challenge for Bahrain, namely the threat of terrorist organization "Islamic State" (IS). The government has rejected accusations that Bahraini special forces have joined IS' fight. This might be justified to some extent; after all, they're not fighting on behalf of the government. Bahrain is a partner in the international coalition which, under US leadership, has been combating IS in Syria and in Iraq.

An IS video released in September shows four young jihadists in the desert, armed with Kalashnikovs. Footage of this type is quite common by now, but the jihadists' nationality is worthy of note: All the militants shown in the video are Bahrainis.

Among them was Mohamed Isa al-Binali, a former officer with Bahrain's Interior Ministry. Some weeks earlier, he had been dismissed from the security service due to "unauthorized absences." But more importantly, al-Binali had joined the ranks of IS several months earlier.

In the video, he calls on members of the military and security forces to defect. And then he turns against the al Khalifa family, who have been ruling the country for 200 years.

"The al Khalifas are not ruling according to sharia law," he says. "That means they regard themselves as gods next to Allah." It's an accusation shared by IS.

IS gains foothold in Bahrain

According to information gathered by Internet magazine Middle East Eye, IS ideology has been spreading in Bahrain for some time. It's believed that it was imported by the so-called new Bahrainis - police and security forces recruited by Bahrain from other countries, usually Yemen, Syria, Jordan and Pakistan.

In Bahrain, these people receive a much higher salary than in their respective home countries. The royal family had hoped this would buy a particular loyalty to their job - to provide the ruling family with protection. In fact, at least a proportion of the new Bahrainis have been cultivating and spreading IS ideas. 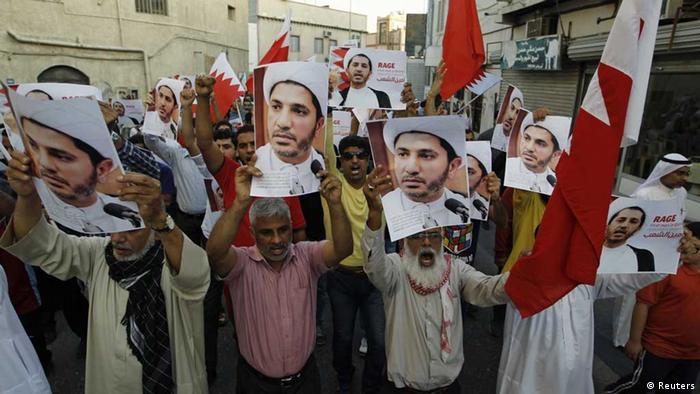 Bahrainis protested against the detention of Sheikh Ali Salman in December

In the meantime, those ideas have begun to be picked up by ethnic Bahrainis. "The threat is very serious," a Bahraini government official told Middle East Eye, speaking on condition of anonymity. "These are people from within the security services, from the police and the military. [They] want to turn Bahrain into [a] part of the new caliphate. And they see the al Khalifas as the enemy."

The source's wish for anonymity indicates that the royal family wants to keep the IS presence in Bahrain under wraps. If the news were to be widely publicized, more Bahrainis could be tempted to join IS. Nabeel Rajab's tweet has effectively thwarted the government's strategy, and now he must stand trial as a result.

However, a harsh judgment imposed on the human rights activist is likely to put the Shiite population even further at odds with the royal family. When the Arab uprisings began in 2011, Bahrain saw continued protests against the al Khailfa family. These were instigated, predominantly, by Shiite Bahrainis, who feel marginalized by the Sunni ruling family.

Even so, the royal family has been unwilling to accept reforms, according to Bahraini politician Ali Alaswad. Alaswad renounced his political mandate in February 2011, in an act of protest against the suppression of the peaceful democracy movement.

"When you talk about power-sharing you also talk about the monarchy," said Alaswad in an interview with DW. "In our understanding in Bahrain there is an absolute monarchy, there isn't a constitutional monarchy, which we agreed upon. Instead, all power belongs to the ruling family, and it controls the whole land."

This family is now facing a double challenge: moderate demands by Bahraini Shiites and a declaration of war by IS. The seriousness of the latter has recently been experienced by Bahrain's protecting power and closest ally, Saudi Arabia. In early January, IS jihadists killed two Saudi border guards, operating from Iraqi soil.

Now IS has targeted Bahrain, and the royal family will have to defend itself against this threat. The task would be much easier if the rulers had the population's united and loyal backing.

Britain, Bahrain agree to increase security cooperation amid 'IS' threats

Britain has announced it plans to open a permanent military base in Bahrain to increase security cooperation in the Middle Eastern region. The move comes amid threats posed by militant "Islamic State" group. (06.12.2014)

Bahraini voters have returned to the polls for runoff elections boycotted by the main opposition Shiite group. The Western ally and monarchy militarily quashed Arab Spring-inspired protests in 2011, and remains restless. (29.11.2014)

Bahrain is holding its first elections for a new parliament since the Arab Spring-inspired protest three years ago. But the opposition called on Bahrainis to boycott the polls. Former MP Ali Alaswad explains why. (22.11.2014)

Brazil: Funeral held for British journalist murdered in the Amazon