Ali Alaswad: ′Without reforms there will be no political settlement in Bahrain′ | Middle East| News and analysis of events in the Arab world | DW | 22.11.2014

Bahrain is holding its first elections for a new parliament since the Arab Spring-inspired protest three years ago. But the opposition called on Bahrainis to boycott the polls. Former MP Ali Alaswad explains why. 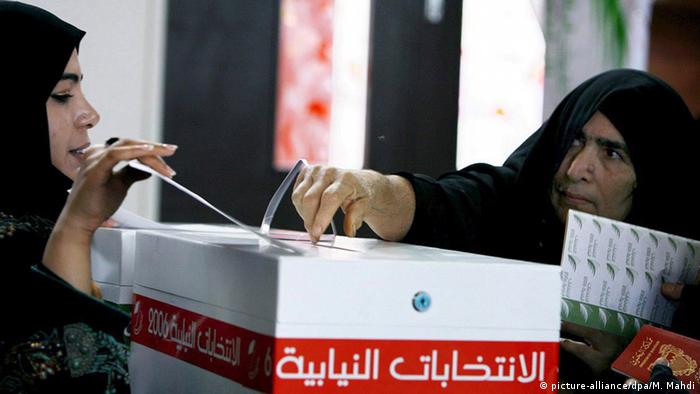 DW: How do you see the Bahrain's political situation before the elections? And why is your party boycotting the elections.

Ali Alaswad: We must talk about the general political situation in Bahrain. Unluckily, we haven't achieved anything people have demanded. We didn't agree to what the Bahraini authorities or the government proposed to the opposition. That's why we are boycotting the elections. The elections are held in a moment of political crisis. These are not normal elections.

What do you think are currently the most serious political problems in Bahrain and in what way the government is hindering the opposition? 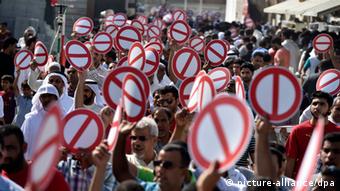 The government did not accept sharing power with the Bahraini people. Unless they listen to the people they will not be able to achieve anything. We are far away from any reform. The reason is simple: When you talk about power-sharing you also talk about the monarchy. In our understanding in Bahrain there is an absolute monarchy, there isn't a constitutional monarchy, which we agreed upon. Instead the all power belongs to the ruling family, and it controls the whole land.

What is the status of civil rights movements and opposition parties in Bahrain?

The opposition parties are banned from arranging or organizing any protest in Manama. Bloggers and other representatives of the civil society are targeted. Journalists documenting these circumstances are detained. Some are in prison and some journalists have been killed. Also high-level politicians are targeted. They are being stripped of their nationalities and being detained. Concerning human rights, we have seen zero reform. There is no accountability. There is not platform for human rights defenders to do their job. A human rights defender will be classified as a politician and will be targeted. That means they are punished or sentenced for one reason or another. In this we are not very different from other Arab countries. But in Bahrain we are facing a regime that is trying to cover up its actions by law - by saying there is a legislature and legislation and the judges are only applying the legislation. So we expect that the government will continue to suppress the people. True, we have a parliament. But it does not represent the majority.

What is the central point of the conflict? Is it religious - tensions between Sunnis and Shiites - or is it about political influence? 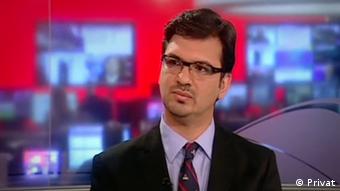 It is completely political. The members of the Bahraini government are very close to members of other governments in the states of the Gulf Cooperation Council. They have family ties to the Qataris and to the Kuwaitis. They are allied to the Saudis. At the same time they don't want the Bahraini population to share the power with them. The ruling family is Sunni. But they don't share the power with other Sunnis. The most rewarding jobs in Bahrain are reserved for family members only. Shiites are classified as the third or fourth class in Bahrain. These are political problems. But the regime always tries to present it as a sectarian issue, as clashes betweens Shiites and Sunnis.

Do you see any chance to change the political rules in Bahrain?

We think the government should represent the people. If the parliament had real power you could see massive changes in Bahrain and in the political system. But neither I nor the members of my party believe that this government can achieve democracy in Bahrain. This is impossible as long as all the power stays within one family. Our role is to talk about the situation in Bahrain. If there is a political solution in Bahrain it has to be brought about by both Shiites and Sunnis. Both have to agree about political reforms. If we reach that, things might change. But problems will not be solved without talking to the opposition. That's why we urged the international community to mediate. The UK, the US, Germany and France are major players in Bahrain. We need their help. For without guarantees of human rights there will be no political reform or settlement in Bahrain.

Ali Alaswad was elected to Bahrain's parliament in October 2010. In February 2011 he resigned in response to the government's crackdown on peaceful democracy protesters. He now resides in London where he continues his political work to achieve a democratic Bahrain.

Voters head to the polls in Bahrain elections

Bahrainis are voting in their country's first parliamentary elections since the Arab Spring uprising in 2011. Shiite opposition groups plan to stage a boycott, and have dismissed the poll as a "farce." (22.11.2014)

A court in Manama has ordered the country's main Shiite opposition group to suspend its actitivies for three months. Elections are due to take place in a few weeks in the Arab kingdom. (28.10.2014)

Bahrain's Shiite-led opposition has announced a boycott of the Gulf kingdom's upcoming parliamentary elections. The opposition accuses the reigning Sunni monarchy of manipulating elections to bolster its own power. (11.10.2014)