Bacteria in space - 'You cannot just open the window'

Are the microbes found in the ISS harmful to astronauts' health? The German Aerospace Center's Ralf Möller breaks down the bacteria - and explains how to create a cleaner spaceship. 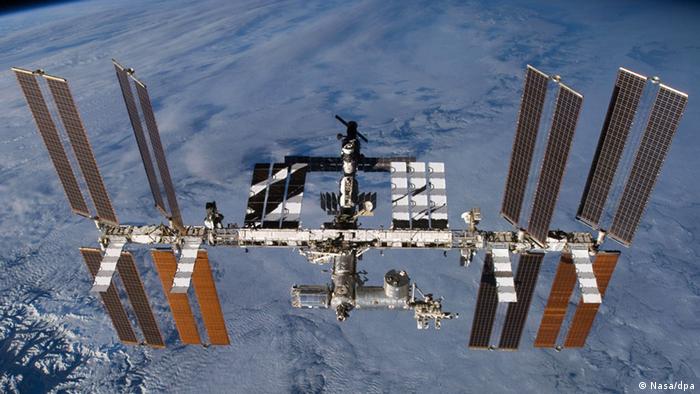 DW: What kinds of bacteria are inside the International Space Station?

Ralf Möller: Staphylococcus species have been found on the skin. And they will be found not just on the astronauts' skin, but on your skin and my skin.

Some environmental species are bacilli - Paenibacillus, Solibacillus and others. They have been found in high abundance on technical surfaces.

And we know that there are some fungal isolates coming from the fungal molds, for example - that certain aspergillus strains can be found.

Let's stick with the fungal molds. If I have a mold in my refrigerator, all I have to do is spray a little bit of bleach on a rag and wipe it off and kill it…

… thank you. But the situation's very different in microgravity. How do you deal with mold in the ISS?

You could clean it with wipes. You could have some mixtures of different varieties of chemicals. We would not use one component to fight bacteria or fungal contamination, because if you get resistance to one cleaning agent, suh as ethanol or an oxidizing agent, then you will never get rid of that [bacterial strain]. So you have kind of a broad-based universal chemical, a disinfectant. But you really have to make sure that every liquid that you use also works under microgravitational conditions - liquids also float around.

With the space station, we have over 1,000 cubic meters of living and working space. Which is a lot of cleaning for six astronauts.

What about the air filters on the ISS? Can't they remove the microbes?

You cannot just open the window and get new air in. So you're really depending on those filters. You can add substances that you know are antimicrobial. For example, you have a water purification system where you can use silver ions in a certain concentration to get rid of unwanted micro-organisms. You could reheat the air. You could cool the air. So you can really use different things.

There are six astronauts in the ISS. And they have six sets of families and friends down here who don't know what to make of this "bacteria" news. Can you tell those families - are these bacteria dangerous? Are the astronauts going to be OK?

From the data we have in this article, we cannot say there is a threat for the astronauts. And this is also stated in the article. They said they'd found such and such types of organisms - some of them could be pathogenic - but even there, in the article, they said more investigations need to be done.

If an astronaut theoretically did get sick from the bacteria, what happens then?

There are medicines and pharmaceuticals, packages of certain antibiotics, certain medical things.

And if an astronaut's condition deteriorates? Is there an evacuation procedure?

There are several devices available - not only for medical reasons - to bring you down to earth. There are certain capsules, like the Soyuz capsule.

What would you advise space agencies hoping to keep spaceships as free from harmful bacteria as possible on future missions? 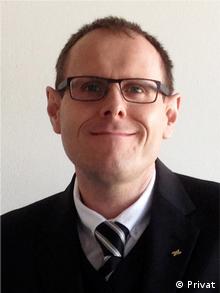 Ralf Möller's favorite question: What are the limits of microbial survival?

At the moment there are several investigations on the space station - huge, previously accepted proposals on the impact of antimicrobial surfaces. For example, my group has a project dealing with certain nanotechnologies and nano surfaces that we're doing in collaboration with the University of Saarland. So we're looking for surfaces which have a certain topology, such as spikes, so microbes cannot attach to them. If somebody from NASA or ESA wanted to consult me for future spaceship construction… certain materials are known to be good surface materials, but we cannot build everything from copper alone. One good thing would be a nice overall surface where we have a broad-based defense against microorganisms, so we can't have any kind of [bacterial] attachment. This can be achieved by certain laser technologies and changing the surfaces. But also cleaning cycles and cleaning methods. We have to have both: active and passive methodologies.

Ralf Möller is a microbiologist who has worked for 30 years at the German Aerospace Center's Institute of Medicine. His work involves observing how microorganisms behave in response to spaceflight activities.

Bedridden for 60 days in the name of science

Wednesday is the start of a most unusual study at the German Aerospace Center. For two months straight, test subjects will be forced to lie in bed to simulate space travel. And we swear - they are doing this voluntarily! (09.09.2015)

Reiter: 'Man could return to Moon in second half of next decade'

Former astronaut Thomas Reiter told DW why he believes space travel is important and what's ahead for the European Space Agency in the coming years. Two big goals: putting man back on the moon and onto Mars. (19.09.2015)

Russia's Gennady Padalka has returned from his fifth space mission spending a cumulative 879 days in space, a new record. The three-person crew touched down safely in Kazakhstan. (12.09.2015)

The article in the Micriobiome journal