Back to the Middle Ages

The Middle Ages continue to fascinate many Germans - if only for one day. A medieval festival draws in dedicated reenactors and curious spectators alike. 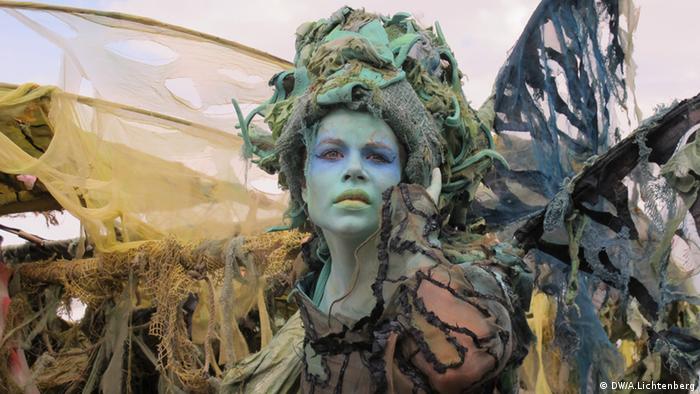 The smell of roast meat is in the air; there's the music of harps, violins and drums from a bygone era and the clash of chains. Even at the ticket booth, it's a step back in time: Most of the visitors and the staff are dressed in medieval garments, and exchange modern euros for medieval coins. A friendly "Good day to thee!" and you're right in the Middle Ages. 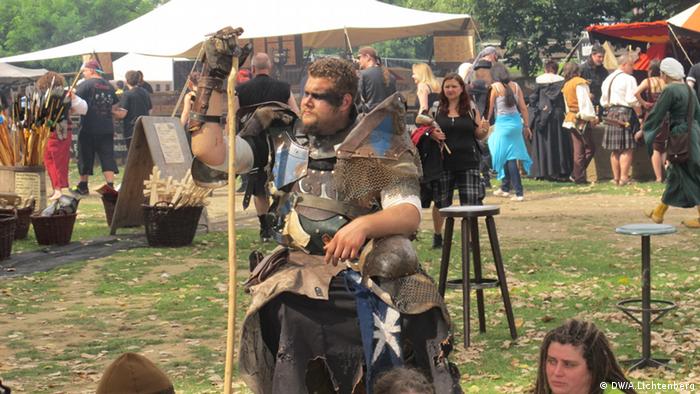 Dressed as a warrior, this visitor is typical of the many medieval enthusiasts at the festival

The setting for the "medieval fantasy spectacle" is well chosen. On Fühlinger Lake in Cologne, most of the stalls are housed in white tents. Before a big stage, hundreds are gathered to listen to a group of musicians. There's beer, which they're calling mead, bread baked over hot coals and grilled goodies. People are laughing, dancing and gossiping. Walter relaxes with two companions at a table. He holds a tankard of beer - this is the way he likes to celebrate. "Go to a beer garden party, there's always trouble," he says. For the past six years, he has visited medieval festivals, and although alcohol is also drunk here, there has been no conflict. "People are nice and reasonable with each other, which makes it fun." Not all modern conveniences are banished

Visitors gather at various activities. Here they can show off their talent in archery, prove themselves dueling with pillows on a bar, or ride on ponies. After only a few minutes at the fair, the daily grind of the twenty-first century has faded away. Stefan, in his late forties, sits pensively on a bench. Alone. His wife and children are also there, but they are looking at just one of the many stalls, he says. He enjoys the quiet. "The great thing is the simplicity: The people here are easygoing, people can be the way they want to be. I think that's just wonderful." 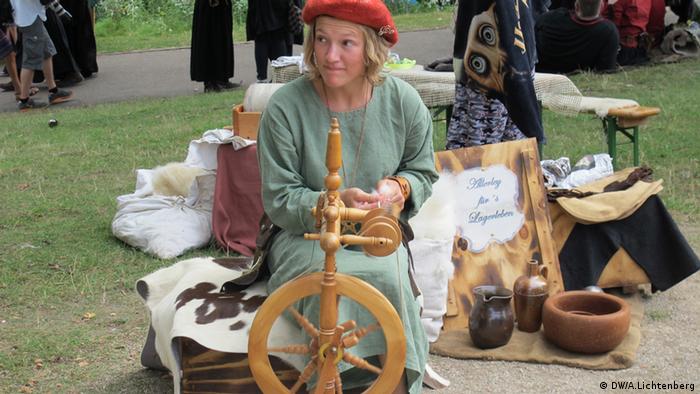 In the stalls, bread is baked and pottery and handicrafts are created - activities that have disappeared from the daily lives of many Germans. Caroline is visiting the festival for the third time, and like many others, she is wearing appropriate medieval clothing. She admits that a visit to a medieval festival is an escape from everyday life, "maybe to get away a little bit from all this mass consumption."

Both familiar and exotic 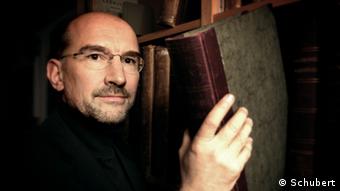 Many people seem excited by the thought of experiencing a supposedly simple and natural life, at least for a few hours. Walter Pohl, professor of medieval history at the University of Vienna, is not surprised: "On the one hand, the Middle Ages are strange and exotic, but on the other, they're somehow familiar." The society of the past is more readily thought of as one in which everything was a little bit easier and clearer than it is today. But Pohl points out that many ignore the fact that the Middle Ages were also cruel and backward, and unjust to many. 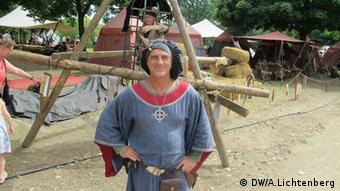 In good weather, up to 10,000 visitors make their way to the "medieval fantasy spectacle" that was erected in just two days. As many as one thousand artists are under contract for one season and move with the event from one venue to the next.

Edwin Ball, co-organizer of the medieval festival, wears a blue cap with a feather, a blue and red robe and a big chain with a cross around his neck. Today he is the reeve, the ruler of the site. For him, the past is more than a job. Especially in Germany, he says, there are many "silent witnesses" that can still be seen today: "If you take a boat along the Rhine, every 20 kilometers you will encounter a castle." 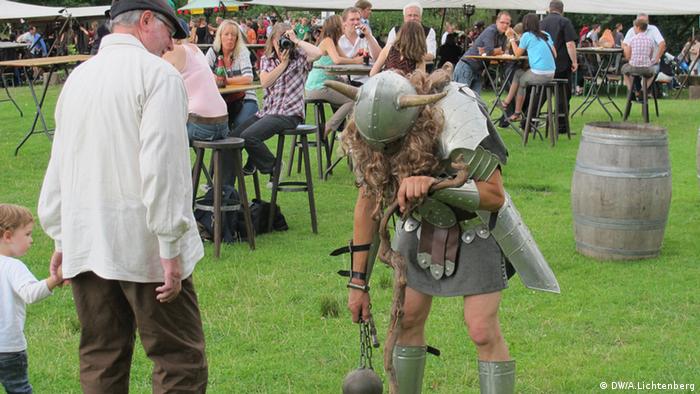 Back to the fair. The sun goes down slowly; the bustle is coming to an end. The colorful crowd is preparing to leave the Middle Ages behind. Not all of them find it easy.

The western German city of Cologne needs to rehabilitate the women it condemned as witches centuries ago, a city committee has said. The body argued that it was a moral duty to do so. (13.02.2012)

DW introduces you to attractive places in Germany